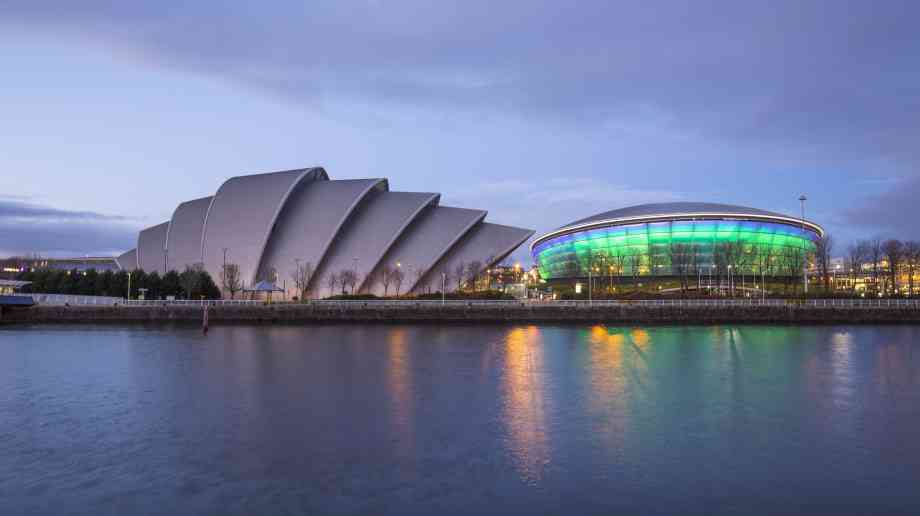 VisitScotland Business Events’ campaign ‘Legends’ shines a light on why the world should choose Scotland for their next event. Hamish Hutchinson explains more

It is a land of unrivalled history, breath-taking scenery and warm welcomes, but it is also a land of ground-breaking pioneers and dynamic innovators. Scotland has recognised for a long time that as well as delivering significant economic benefits, hosting association conferences, conventions and congresses provides a platform for new ideas, innovative thinking and a spotlight on social change.

The country is endowed with pioneering research and world-renowned reputations, and business events held in Scotland have access to that wealth of expertise on its doorstep. This is particularly true in key sectors such as energy, technology, financial, life sciences, food and drink, creative industries and medicine.

Scotland’s centres of innovation and academic institutions operate at the forefront these industries, but this work is not done in isolation; any endeavour requires collaboration, fresh ideas, new perspectives and a pooling of talent.

VisitScotland Business Events’ campaign ‘Legends’ shines a light on the expertise in those sectors, working in collaboration with convention bureaux, academic institutions, and industry associations. It showcases why the world should choose Scotland for their next event, where opportunities to engage are plentiful and organisations can discover their next big idea. It is no wonder the country has played host to major conferences and associations in recent years.

The 67th Political Studies Association International Conference held at Technology & Innovation Centre, University of Strathclyde, saw more than 770 attendees from around the world coming to Glasgow.

The Aberdeen Exhibition & Conference Centre, which will see the results of a multi-million-pound development this year, hosted the Alzheimer's Research UK conference, largest one of its kind in the UK, delivering insight into new technologies metabolic factors of dementia and new drug discovery.

The Edinburgh International Conference Centre, which houses one of Europe’s most technologically advanced meetings and events spaces, was the venue for the first TEDSummit out of North America. It brought together around 1000 of the most engaged members of the global TED community for community brainstorms, discussions, performances, workshops, outdoor activities and an eclectic programme of mainstage talks. 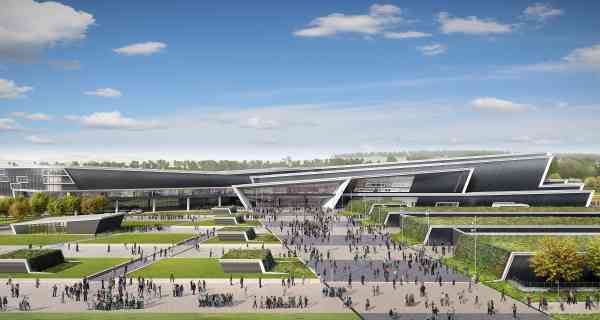 Significant developments in Scottish venues
In Edinburgh’s city centre, the £850 million St James development is set for completion in 2020. A central pillar of the masterplan is a 210 room, luxury five-star W Hotel by Starwood Hotels & Resorts.
The 12-story building will offer panoramic views of the city from its roof top terrace and restaurant. Edinburgh St James is one of the UK’s largest and most significant regeneration projects.

Last year saw the opening of V&A Dundee, designed by Japanese architect Kengo Kuma. Part of the redevelopment of the city’s waterfront, the international centre of design for Scotland features more than 1,500 square metres of flexible gallery space with first-class opportunities for conferences.

Head further north and the £333 million P&J Live in Aberdeen is due to open its doors this year. The city’s new, multi-purpose exhibition and conference centre, a short drive from Aberdeen International Airport, includes flexible plenary space for up to 5,000, flexible exhibition space of 48,000 m² and 21 various sized break-out rooms.

In Inverness the same owner and team behind the four-star Kingsmills Hotel in the city have opened Ness Walk. This new hotel, with 48 bedrooms, takes its influence from the seasonal landscape with a flow of soft colours and textiles. The original building, which is being sensitively recreated, brings to the city the stunning new restaurant Torrish.

Glasgow continues to be at the forefront of business events and was ranked in the top ten cities in the world for promoting sustainable growth in the ‘meetings and events’ space by the Global Destination Sustainability (GDS) Index.

The GDS-Index is a collaborative business initiative created to help destinations, convention bureaux, event planners and MICE suppliers drive the adoption, promotion and recognition of responsible practices in the business tourism and events industry.

It scores cities by measuring and comparing the social and environmental sustainability strategies, policies and performance of participating destinations and by sharing best practice from around the world.

Scotland’s largest city is home to the Scottish Event Campus, with five interconnected exhibition and meeting spaces and a combined area of over 22,500sqm. The campus includes prime event venues such as the iconic 3,000 seat SEC Armadillo and The SSE Hydro – a 13,000 capacity concert, sporting and special events arena.

12.18. has enhanced the 19th century property, with its existing 22 rooms, by building a separate extension that houses 57 additional rooms as well as a luxurious spa and a state-of-the-art meeting space.

In Perthshire, the Gleneagles Hotel, which will host the Solheim Cup this year, has opened an exciting new hotel wing, Ochil House, creating a flexible range of meeting spaces, breakout rooms and event zones for groups of up to 100.

Scotland is renowned for its history – indeed it is one of the main drivers for visitors – and conferences and meetings can get a flavour of the country’s rich and fascinating past with the many heritage venues on offer. These range from its castles – Stirling, Dundas and Edinburgh to name just a few – country houses, such as Hopetoun House in West Lothian and Winton House in East Lothian, to its five-star attractions, including the National Museum of Scotland and the Royal College of Surgeons.

Next year Scotland celebrates the Year of Coasts and Waters – from water inspired myths and legends to historic harbours, sweeping coastlines to the very best in seafood, whisky, wildlife and wellness. There are many hotels and conference spaces available across the country, all within touching distance of many of these unique features and experiences.

Scotland is truly the place where ideas become legend through business events and, with its wealth of knowledge and expertise, now is the time to create legends of your own.