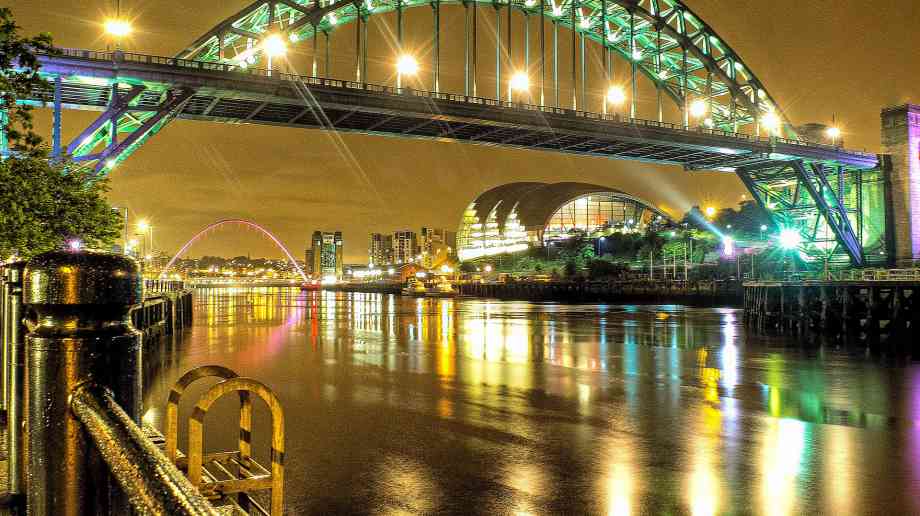 Devolving further power and control to the North

Devolving further control to regions of the North could have a transformational effect, writes Henri Murison, director of the Northern Powerhouse Partnership

Five years on from the Northern Powerhouse being first born as an idea, it is worth remembering it is a shared project of Labour-led northern city regions and a former Conservative Chancellor. Ideas from Manchester-born and leading economist, Lord Jim O’Neill, the then chief executive in Manchester, Howard Bernstein, and a number of other key thinkers, all of whom had in common that they were committed to economic rebalancing through decentralisation and productivity focused investment. To drive our places, change peoples’ lives for the better – the historic mission of local government throughout our history.

The Northern Powerhouse Partnership (NPP) exists to defend and deliver the project to close the North–South divide for good. A board of business leaders and key civic leaders from both sides of the Pennines, along with Dame Nancy Rothwell, president and vice chancellor of the University of Manchester and John Cridland, chair of Transport for the North, England’s first sub-national transport project. Fighting for a rebalancing of political decision making in our most centralised of country. It sits alongside the annual Convention of the North, bringing together the local government leaders and wider organisations and groups which make up the North.

Our latest report, Next Steps for the Northern Powerhouse, sets out bold and challenging proposals on education, devolution and transport, for how we can realise this ambition and deliver an economy that works for all. This ambition will not be achieved without confronting the key areas in which the North lags behind the rest of the country – the low performance of a significant proportion of its children, most notably at age 16, compared to the rest of the country and resulting skills gap, which leaves employers without a suitable skilled workforce to address a modern, changing world of work.

Throughout the UK, there is a widely acknowledged disadvantage gap in educational achievement levels of children from poorer backgrounds compared to their peers. The previous coalition government introduced Pupil Premium, but the disparities highlighted in our Educating the North report between disadvantaged children in the Northern Powerhouse and London suggest this policy hasn’t tackled the scale of the specific issues affecting many of our schools, and academisation in the North has lacked enough suitable sponsors, the successful academy chains like the Co-operative Academies only able to take so many schools, for instance.

Previous work by Education Datalab has shown that the length of time a pupil is eligible for Pupil Premium has a much greater impact on attainment than having been eligible for free school meals at some point during their school career. The scale of the gap in performance between even those who are eligible for free school meals overall, and those that receive them every year of their education because of their economic background, is stark. Two out of every three of the secondary schools with the very highest proportions of these learners which also fall in the ethnicity groups with lower progress currently nationally are in the Northern Powerhouse.

As research from Bristol University has shown, these schools facing greater challenges under performance measures like Progress 8 are treated inequitably, and we need to recognise that current reality of some schools with highly concentrated numbers of the most disadvantaged which are beating the national averages on a per child basis to secure the same Progress 8 levels overall as others without the same challenges. The Northern Powerhouse needs an extra £1 billion a year, focused on those schools teaching the greatest numbers of long-term disadvantaged children as a proportion of their schools, so that we can work towards closing the gap in attainment overall.

Greater devolution
The next ingredient to realising our ambition is greater devolution. Devolving further power and control to regions of the North could have a transformational effect increasing productivity so the North truly pulls its weight in economic terms. Taking on the David Miliband mantra of double devolution, taking powers from Whitehall and also empowering local government to enable communities, co-operatives and citizens more.

Northern Powerhouse Partnership’s vice chair, Lord Jim O’Neill, last year wrote a report on the future prospects of devolution in the Northern Powerhouse. Since then, there has been little progress on new devolution deals or extending current agreements, apart from the success of Carlisle City Council and their partners in Northumberland, in Scotland and at the County Council there with Borderlands. It is vital that the Treasury and wider departments across government all support a devolution framework.

In May, the first Metro Mayor for North of Tyne was elected, which brings us to five Metro Mayors in total. Alongside the civic leaders of the North and the wider combined authorities yet to agree Mayoral deals, we have the basis for more formal collaboration at a Northern level where it will be most necessary, such as for trade and investment.

However, further progress must be made, as devolution remains one of the essential ingredients of the Northern Powerhouse. Alongside the Mayoral model, we need to consider fiscal devolution for areas which want it, and growth deals for places like West Cumbria with assets like Sellafield and wider decommissioning supply chain, and Lancaster and South Cumbria with the BAE shipyard, Lancaster University and the prospect of Eden North, a transformational project for the wider Northern Powerhouse but rooted firmly in its place.

Transport in the North
Which brings me to my third and final ingredient - major long-term investment in Northern transport infrastructure. Connectivity is critical to creating a Northern Powerhouse capable of taking on and improving the world. Transformational projects such as HS2 and Northern Powerhouse Rail will allow young people across the North to access skilled jobs and educational opportunities, while also revolutionising productivity in the North. The success of democratic oversight of rail franchising was pioneered by local authorities, advocated for by many of the cities, and the Williams Review must go further to bring together infrastructure delivery oversight and service commissioning at the most appropriate level.

The North’s high-speed rail network, bringing together HS2 and Northern Powerhouse Rail as one integrated network, will see six services an hour between Leeds and Manchester, each taking under half an hour, making commuting quick and simple. Bradford, the UK’s youngest city, will be transformed, closer in time to Leeds and Manchester but also with much greater frequency, a walk on, walk off, service.

The local authorities of the Northern Powerhouse have started to decide the fate of transport here in the North. What is now needed is the scale of ambition to accelerate the progress already made by Transport for the North, ensuring that it remains accountable to Mayoral, wider combined authorities and local government collectively. They are not simply the Department for Transport in Leeds and Manchester, and although moving civil servants in that department to the North is welcome, it is more important to devolve responsibilities out of the department to city regions and Transport for the North.

Alongside investing in infrastructure, education and skills, and maximising huge assets in the North like the Royce Institute in Manchester or the Advanced Manufacturing Research Centre in Sheffield to help us lead the next industrial revolution, there is much our elected Mayors and their colleagues in the Convention of the North can offer the new Prime Minister as an agenda to back. As it began - on a cross party basis. Across business, Whitehall and the North’s own leaders. Working together in the interests of the whole United Kingdom.