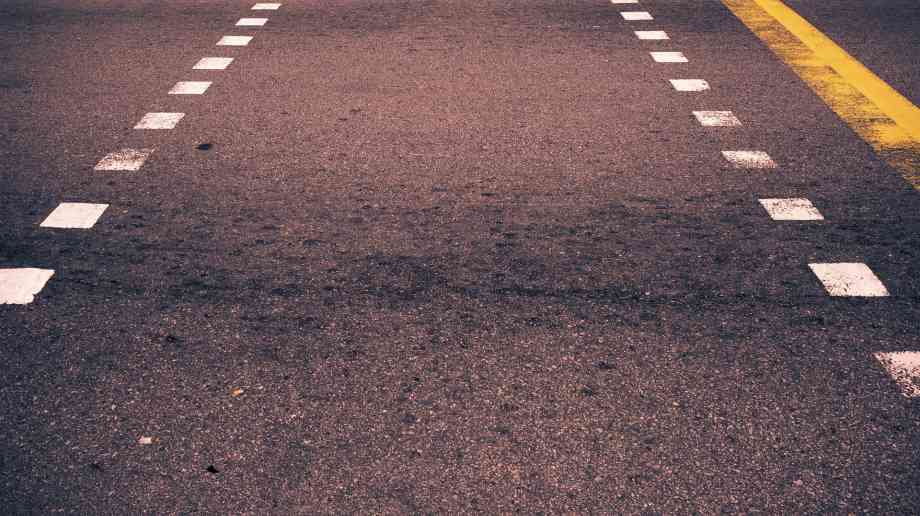 In a world seemingly dependent upon technology it is sometimes easily forgotten that ‘simple’ things can yield significant benefit – as is the case with the humble white lines that we encounter on our roads every single day, often without giving them, or their contribution to keeping us safe, a second thought.

The number of miles driven on UK roads has continued to grow exponentially. Over 327 billion miles were driven in Great Britain in 2017, about 50 billion higher than 20 years ago, and double what it was 20 years before that. National roads enable economic activity to all parts of the country. If the network works, we have an uninterrupted supply chain to our shops and offices and enjoy smooth travel with predictable journey times; but for it to work, it must be safe.

The Road Safety Markings Association (RSMA), is the trade body that represents the companies who ‘line’ our roads, those that manufacture the products applied and those that provide the raw materials that make up that highly complex product, balancing longevity, reflectivity and ‘stopability’. In a process that starts with ‘cullet’ (recycled glass that shall eventually form the microscopic glass beads that allow us to see the lines at night) and ends with highly trained and dedicated ‘crews’ laying the lines whilst most of us sleep soundly. The RSMA is uniquely placed to assess the quality (or lack of it) of our road markings at both national and local, and how this impacts directly upon our safety as individual drivers, passengers, motorcyclists, cyclists and pedestrians.

The RSMA has stated previously that well maintained road markings are a key component in delivering ‘safety outcomes’. The addition or improvement of appropriate road markings can bring about significant reductions in death and serious injury on UK roads. Improved or redesigned road markings can achieve an improvement in road safety comparable to expensive engineering and highway restructuring solutions. Central hatching, road studs and audio-visual markings such as raised rib lines, rumble strips and turn lanes are highly effective methods of reducing risk at a fraction of the cost of major engineering projects. Effective implementation of the type of road markings outlined above can reduce the risk of death and injury on our roads.

While the longer-term investment in our motorways is more assured, local authorities face ever tightening purse strings. The efficiencies achieved by hard-pressed highway teams through proper asset management ought to be applauded; working smarter, greater collaboration and improved communications are all contributing to their ability to do more with less, though there will come a point where no further efficiency savings can be found. Local roads are an asset worth well in excess of £400 billion but currently less than one per cent of their value is being spent annually on maintenance.

The Department for Transport’s recent announcement of a ‘national examination of road markings to help improve road safety’, to be undertaken by the Local Council Roads Innovation Group (LCRIG) and Gaist, a technology company that shall use artificial intelligence to map the condition of road markings across the entire UK, has been welcomed by the RSMA. Such a study is long overdue and will, provide hard evidence of the condition of road markings. Stu McInroy, RSMA CEO, believes the survey will highlight ‘the increasingly poor quality of road markings and the associated increase in road safety risk to the public’. He adds: “Government, both national and local must stand ready to act on the findings of the LCRIG/Gaist study and provide sufficient funding to reverse the decline in road markings so evident to the public.”

NHSS#7
Line marking contractors working on the Strategic Road Network and most of the Transport for London network must be certified under the National Highways Sector Scheme #7 (NHSS#7). This ensures that work is carried out to the highest standard by professionally trained and qualified individuals. NHSS#7 focusses on among other things, quality as an objective, provides a basis for continuous improvement, reduces costs for client and contractor and promotes confidence in management systems through provision of a robust transparent system.

McInroy is concerned however that at local level, where NHSS#7 is not mandatory, local authorities are making decisions on the basis of cost, which he believes usually means cheapest, and not value for money. The application and maintenance of road markings by NHSS#7 certified contractors, he says, ‘is the most cost effective way of improving road safety and is something that the RSMA shall be asking the government to mandate for all marking activity on all public highways whether national or local’.

The quality of our road markings shall also have a direct effect on our safety in the future. The increasing emphasis on automated and potentially autonomous vehicles is one area that shall benefit from professionally applied and appropriately maintained road markings, as without them a two-tier system is likely to be created where much of the UK becomes a ‘no-go’ area for some vehicles. Much of the current capability heralded by car manufacturers is entirely dependent on cars being able to ‘read’ road markings using optical or electromagnetic sensors.

McInroy says: “The UK does not currently have the infrastructure [road markings] to support capabilities such as lane keeping assist once a driver leaves the major network; owning a highly capable automated or autonomous vehicle in the UK is likely to be akin to owning a speedboat in a country with no water – a very expensive driveway ornament.”

If the UK is to embrace the opportunities to be provided by developments in automated vehicles we must provide the infrastructure to support vehicles on all roads to avoid a geographic disconnect. Vehicles are likely to operate smoothly on the SRN but grind to a halt when they hit under-performing, under-funded local roads as they are reliant on high-performance road markings. With an ageing population comes an increase in older drivers, and it is incumbent upon the government that in its desire to embrace the autonomous revolution, the road network continues to work for all.  Road markings are not only vital to future development and innovation, but also for current drivers and driving environments.

Professionally applied to nationally recognised and set standards, well maintained road markings are a key component in delivering ‘safety outcomes’ both now and in the future. The evidence speaks for itself - road markings save lives!