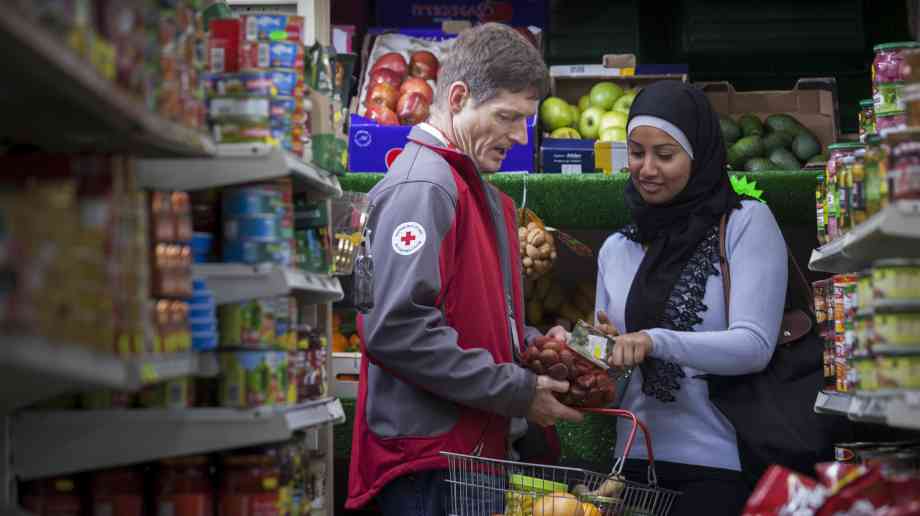 New research has found that closing a loophole in the UK’s asylum policy could benefit the public purse by millions of pounds each year.

Carried out by the British Red Cross and the London School of Economics and Political Science, the research claims that extending the support provided to new refugees in the UK would not only benefit the economy by £7 million pounds each year, it would also far outweigh the costs of doing so by up to three times.

The estimated savings are equivalent to paying for the starting salaries of one of the following: 330 new police constables, 285 new nurses, 283 new teachers or 233 new midwives.

LSE argues that extending the support available to newly recognised refugees from four to eight weeks could save the UK economy millions of pounds each year by easing the pressure on local authorities, the NHS and charities. In fact, local authorities would benefit most under the proposed changes, saving more than £2 million each year as a direct result of giving new refugees longer to find permanent housing and therefore reducing the use of more costly local authority temporary accommodation.

The NHS and mental health services could also be set to save up to £1 million each year by reducing the need for NHS interventions, particularly in response to complex mental health needs, which are five times more likely among refugees than the general population.

Bert Provan, lead researcher at LSE, said: “For someone who has been granted protection in the UK, the moment should be one of joy and relief. But for too many refugees this momentary relief is immediately followed by panic. Successfully moving from asylum accommodation and subsidy payments can be difficult, highly stressful, and time consuming. This research not only suggests that giving people more time could reduce the risk of homelessness and destitution, but also result in a wide range of financial savings to the public purse.”

The British Red Cross, who commissioned the research, is now calling on the government to fix the loop-hole in the asylum system by extending the move-on period by four weeks to at least 56 days, mirroring the period provided to prevent homelessness under the Homelessness Reduction Act 2017.