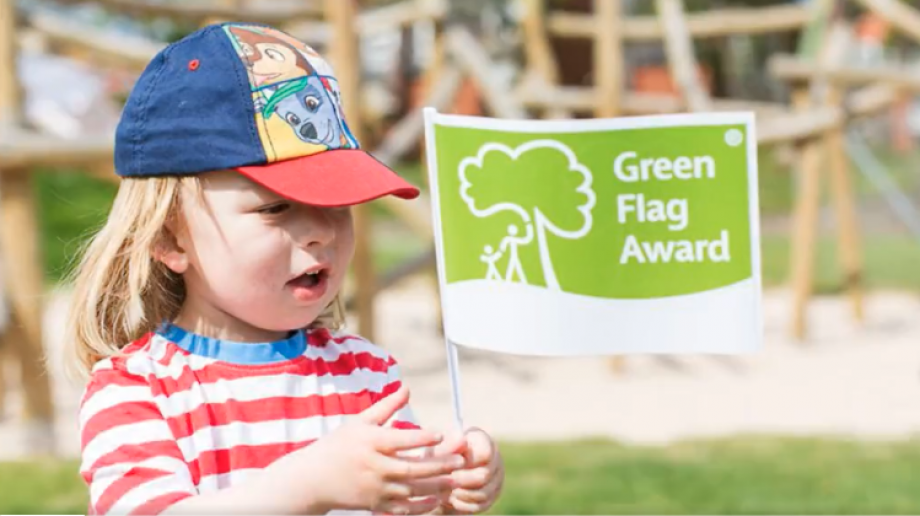 Keep Britain Tidy has revealed the names of the 2,127 parks and green spaces across the UK that have collected a coveted Green Flag Award for 2021.

As the scheme celebrates 25 years as the international quality mark for parks, and following 18 months that have seen parks become lockdown lifelines, the news that a record number have achieved the Green Flag Award standard is testament to the hard work and dedication of those tasked with looking after these national assets.

Four of the seven  parks that received their first Green Flag Award when the scheme was launched in 1996 and have flown it every year since – Worden Park in Lancashire, Cockington Country Park in Torbay and Queen’s Park and Highgate Wood in London.

They are joined by parks and green spaces as diverse as the National Memorial Arboretum in Staffordshire, Scottish Power Renewables Whitelee Windfarm, Belfast Botanic Gardens and Bwlch Nant yr Arian in Ceredigion.

Allison Ogden-Newton, Keep Britain Tidy chief executive, said: “As Green Flag Award celebrates 25 years of raising the standard, Keep Britain Tidy is delighted to be the custodian of a scheme that does so much to ensure our parks and green spaces go from strength to strength.

“At a time when parks have been at the heart of every community across the country it is perhaps not surprising that 95 per cent of the public thinks that their local parks and green spaces need to be protected. This is why the Green Flag Award is so important. It ensures that parks and green spaces are managed to the highest standards and are safe and accessible for everyone to enjoy and we look forward to the next 25 years."

The Green Flag Award scheme, managed by environmental charity Keep Britain Tidy under licence from the Department for Levelling Up, Housing and Communities, recognises and rewards well-managed parks and green spaces, setting the benchmark standard for the management of recreational outdoor spaces across the United Kingdom and around the world.