Skip to main content
Home / Features / What sort of built environment do we want for the future? 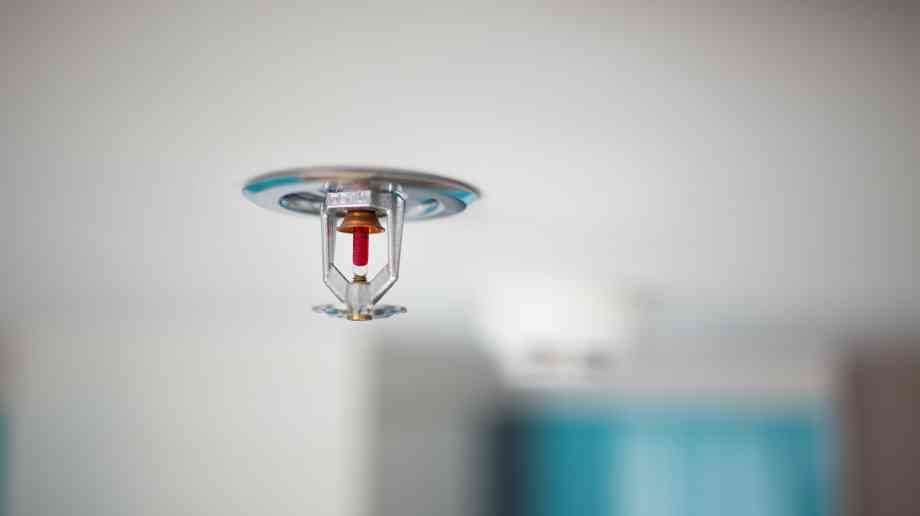 What sort of built environment do we want for the future?

When you look at the built environment over the past 20 years, we have created many buildings that are not resilient to fire and we continue to build them. While the best approach to fire safety is not to have a fire in the first instance, it’s important that we ask the question: what sort of built environment do we want in the future? Iain Cox, chairman of the Business Sprinkler Alliance, discusses

According to authors Raynor & Mumtaz, writing in the Harvard Business Review (April 2013), they identified three business rules that were typical of exceptional companies: better before cheaper; revenue before cost; and, thirdly, there are no other rules.

It’s become apparent that the building industry in the UK has reversed the sentiment of these rules and we, as a country, are paying the price.

Of course, change does take time. Looking back at safety in cars, the seat belt was invented as far back as 1885 but in the UK it was only required to be worn by law nearly a century later. Interestingly, airbags were developed in the early 1950s and while they are a feature of all modern cars, this safety solution is still not a legal requirement - but a car could not receive a safety rating without one. Compare this to the built environment today and a business considering fire safety; the minimum building standards are designed to preserve human life, not to ensure the resilience of the building.

We must therefore question what value we place on the resilience of the built environment and the businesses, homes and enjoyment spaces they contain? In terms of business, the trend line on losses continues to rise despite adjustments in the number of fires. In the new, vibrant UK economy competing and trading with the world, can we afford not to invest in resilience? We should not confuse the short-term economic boost of rebuilding with the long-term impact of lost opportunity, relocation, impact on business confidence and employee welfare. The recent bushfires in Australia have only served to highlight the real cost of fire beyond the insurance claims.

Does this mean that people and businesses will do the right thing to invest to protect themselves? It’s an admirable aspiration but the hard reality is that they follow what they interpret to be the regulatory minimums. The public and business owners see claims of compliance with regulations as an assurance of safety and protection from fire. They therefore think they are building, or purchasing, resilience when in fact they are not.

Looking ahead
Firstly, buildings must be people-proof. If a building relies on complex ‘management arrangements’ for safety, human nature is such that they will fail at some point. Buildings must also be adaptable as they will inevitably be used for differing purposes in their lifespan. For example, old dock warehouses are now being repurposed as indoor paintball arenas, something that was never in the architect’s mind in the 1930s. Furthermore, buildings must be risk-proofed. They should be designed to withstand the risks they will be exposed to whether that is fire, flood, theft, earthquake or storm, etc. Too often a building is conceived without due consideration as to impact of those risks over the life of the building.

The construction industry has been so keen on sustainability it has forgotten about safety and resilience. Green rating systems and regulations may well recognise a high-performance building but if it’s not built to withstand fire, this will nullify the benefits gained from green construction. A fire that destroyed a newly-opened warehouse in Daventry – and one that had a high BREEAM rating for its renewable carbon technologies – had far reaching consequences, with rebuild costs of £30 million and the eventual sale of the Gardman garden supplies business. This raises a fundamental issue about how sustainable such a project can be when one considers fire as a serious hazard to the growth of a business and the destruction of buildings and their contents. Sustainability, therefore, isn’t just about insulation and energy consumption, a building should only really be classified as ‘sustainable’ if it is designed to be able to survive a fire event.

It’s often the case that we spare no expense in value engineering projects to get them down to the lowest price, but in so doing we make compromises with buildings, therefore features such as sprinklers are taken out. In the total build cost, sprinklers are a marginal expense, if not an expense at all. When people realise their mistake, it is too late.

In the future, do we want buildings that the fire service has no possible hope of tackling a fire in? Drone footage of the Daventry warehouse fire shows that the fire and rescue service was clearly unable to put water on the vast and expansive building. Even at a maximum elevation on the hydraulic platforms used to fight the fire, the jets could only reach about one tenth of the way into the building.

Sprinklers work
So, what is the solution to prevent damage to our precious infrastructure? The evidence shows that sprinkler systems have an operational reliability of 94 per cent and when they do operate they extinguish or contain the fire on 99 per cent of occasions across a wide range of building types.

The data clearly proves that sprinklers are both effective and efficient in a wide range of fire scenarios and building types, affording greater levels of fire protection to people, property and the environment.  They protect firefighters who attend incidents and reduce the amount of damage to both property and the environment from fire. In fact, they are so good at protecting property, that many businesses that experience a fire and have sprinklers fitted are able to be back up and operational within days, if not hours.

Fire does not discriminate; whether it is a railway station, a factory, a car park, a warehouse or an office, fires happen on a regular basis and will continue to do so in the future. Perversely, the more we build using many materials that are seen as ’sustainable’, the more we are increasing the fuel load in the building. Whatever the cause and whatever the building, fires can be contained and extinguished by systems such as sprinklers to ensure that life is not put at risk and businesses, jobs and the economy are protected.

The Business Sprinkler Alliance (BSA) was established in 2010 and is an alliance of fire safety professionals working to protect UK plc against fire. The BSA aims to highlight the true cost of fire and increase the number of business premises that have automatic fire sprinklers fitted. The BSA is driving a culture change so that sprinklers are understood and accepted as the norm for UK business buildings.