Skip to main content
Home / Features / The West Midlands: where the world meets 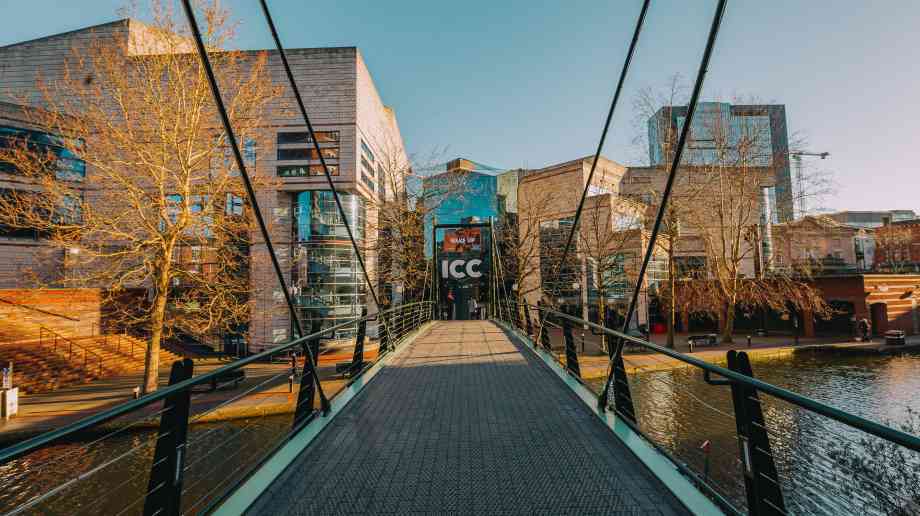 The West Midlands: where the world meets

The West Midlands has been a favourite for event organisers thanks to its unrivalled central location, large number of bed spaces and the breadth and depth of its venues. The region offers something for everyone, resulting in a record 131 million visitors flocking to sample a slice of its diverse attractions, venues and restaurants in 2018. The West Midlands also attracts the highest proportion of business visits of all UK areas.

Birmingham remains the West Midlands’ conferencing and events powerhouse. The British Meetings & Events Industry Survey 2020 (BMEIS) ranked the UK’s second city as the most popular location for business tourism events outside London. The picture also looks bright for the wider West Midlands – the survey placed Coventry in the top 10 favourite conference destinations and Wolverhampton in the top 50.

The region’s central location contributes to its unrivalled connectivity. Whether its road, rail or air, the West Midlands’ transport network links the region to more than 400 million people across Europe. Over half of the UK population lies within two hours and 90 per cent are within a four-hour travel time.

The West Midlands’ mix of culture and heritage makes it an event organiser’s dream. With 10 Michelin-starred restaurants and a popular street food scene, the region’s visitors can tuck into a masterclass in culinary expertise. Furthermore, the region offers a jam-packed festivals calendar, world-class shopping and a wide range of leisure attractions.

Stephanie Mynett, Visitor Economy Business Development Manager at the West Midlands Growth Company, which aims to attract visitors, investment and events to the region, said: “This is the West Midlands’ time to make its mark. With international milestones including the UK City of Culture in Coventry and the Birmingham Commonwealth Games on the horizon, we look forward to welcoming new and existing visitors to create future advocates for the West Midlands.”

Investment is the key
The West Midlands is booming with several regeneration and development projects changing the face of the region. These include Birmingham Smithfield; the integrated transport hub at Wolverhampton Interchange; and the revamped Cathedral Lanes restaurant quarter in Coventry. The £1.6 billion development of UK Central in Solihull will also welcome a new HS2 Interchange Station – cementing the West Midlands’ reputation as a dynamic, thriving and creative region.

Birmingham Airport – which flies directly to more than 150 destinations – has recently started construction on a £30 million departure lounge extension, increasing available space by 45 per cent. The extension is part of a wider 15-year £500 million masterplan that will increase capacity, redevelop the site and improve the passenger experience.

Culture vultures, we have you covered!
The West Midlands is awash with culture and history that has been preserved and cultivated over centuries, creating breath-taking and unique event venues. Warwick Castle is one of the most well-known landmarks in the region with more than 1,100 years of history, offering a wide range of events spaces with a unique medieval vibe.

Wolverhampton Grand Theatre – widely regarded as the jewel in the city’s crown – offers organisers an impressive setting for meetings and events, with its main auditorium seating almost 1,200 across three tiers and a new 200-seat performance space currently known as ‘The Green Room’ set to be developed next door.

There is no bigger cultural stage for Coventry in 2021 as the City of Three Spires becomes the UK City of Culture, promising to transform the area’s reputation for generations. The Herbert Art Gallery & Museum is one of Coventry’s most recognisable and best-loved buildings at the heart of the city’s cultural landscape. The venue has a wide range of event spaces with The Covered Court accommodating up to 200 people in a theatre style. 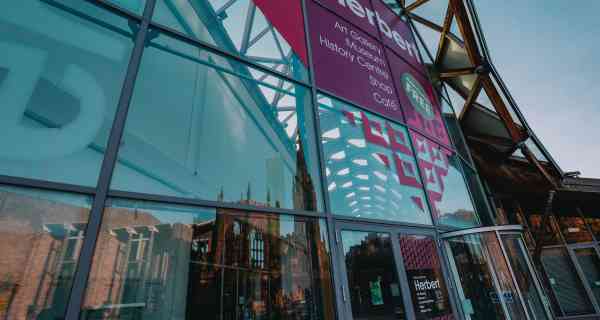 Birmingham Hippodrome is one of the UK’s busiest multistage theatres. Alongside its 1,850-seat auditorium and its spacious foyers, the theatre has several well-appointed suites, including a 200-seat studio, making event organising seamless.

Staying within Birmingham, the Symphony Hall is undergoing a £12 million revamp, which includes a new glass façade, a new dedicated entrance to the Hall and extra space for new bars, corporate hospitality suites and education spaces. The Symphony Hall can host up to 2,000 guests.

The Symphony Hall sits inside the International Convention Centre, a purpose-built venue offering event organisers 10 different conference halls and executive rooms; the largest hall can accommodate up to 3,000 guests.

The smart place to host
The West Midlands is home to some of the UK’s most elite academic institutions. With seven universities sitting inside the West Midlands geography, there is plenty of event space ready to be studied.

The University of Birmingham offers a unique portfolio, from flexible meeting rooms to drinks with a dinosaur. Its centrepiece is the late-Victorian Great Hall, which seats up to 1,000 people. Birmingham City University also offers conference space, with the Royal Birmingham Conservatoire’s Bradshaw Hall seating 493 delegates. 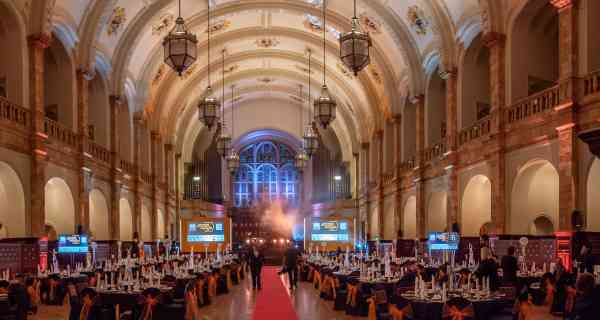 The historic town of Warwick packs a punch with its conferencing offer. Warwick Conferences can deliver a full package of meeting, accommodation and dining space with a capacity of up to 2,010 guests for meetings; 2,037 guests for accommodation; and 1,365 guests for dining.

The University of Wolverhampton offers a multi-town portfolio with conference space in Wolverhampton, Telford and Walsall. Capacity ranges from 1:1 meeting rooms to conference and breakout rooms for up to 300 people.

In a league of its own
The West Midlands has a rich history of sporting heritage. It is the birthplace of rugby, lawn tennis and the Football League. It will now also be home to the biggest multi-sport event in the world outside the Olympics when Birmingham hosts the 2022 Commonwealth Games, representing a fantastic opportunity to showcase the best of the region to the globe.

For event organisers the West Midlands’ sporting history has laid the foundations for a host of elite venues with plenty of stadia, arenas and grounds, enabling organisers to step up their game when it comes to hosting events.

The region’s football clubs provide the perfect backdrop for an event. Molineux Stadium – home of Premier League side Wolverhampton Wanderers – is now firmly established as one of the largest conference venues in the Black Country. Event spaces include WV1, offering a capacity of 550 people, and Wolves Museum, with a breakout room suitable for up to 20 people. Aston Villa’s Villa Park and West Bromwich Albion’s The Hawthorns also offer great pitch-side spaces. 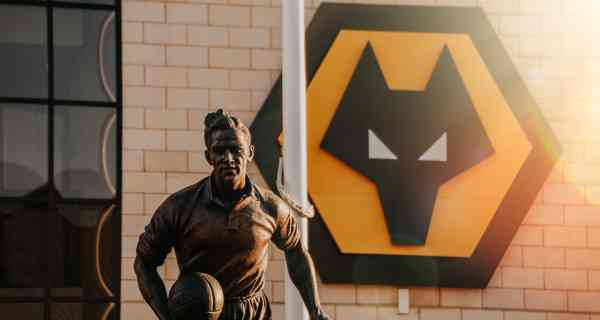 Over in Coventry, the Ricoh Arena - which will host netball at the 2022 Commonwealth Games – has a variety of halls and lounges, which can cater for events from seven delegates to as many as 7,000.

Edgbaston Stadium – backdrop to England’s triumphant semi-final win over Australia on the road to glory in the 2019 ICC Men’s Cricket World Cup – can host up to 800 in its Exhibition Hall. Other meeting rooms include the 1882 Suite and the Chairman’s Lounge.

One of a kind
The Black Country Living Museum – which is the filming location for various scenes of Birmingham’s global hit drama Peaky Blinders – can host anything from a meeting for eight to an exclusive evening for more than 1,000 guests.

In Solihull, the Vox Conference Centre sits inside Resorts World Birmingham. The venue can accommodate up to 900 delegates across five suites in a wide number of formats.

Birmingham is home to The Coffin Works Museum, a grade II* listed building with an enclosed courtyard and meeting room. Located in the Jewellery Quarter, the venue produced some of the world’s finest coffin furniture, including the fittings for the funerals of Winston Churchill and the Queen Mother. It is a unique setting for team meetings, workshops, wedding receptions, concerts and theatre performances.

Scheduled to open in autumn 2020, the new purpose-built conference venue, the eastside rooms, will be the largest pillar free events space in central Birmingham, capable of holding up to 1,200 delegates. 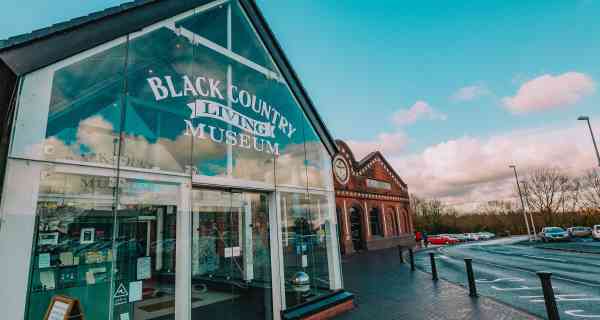