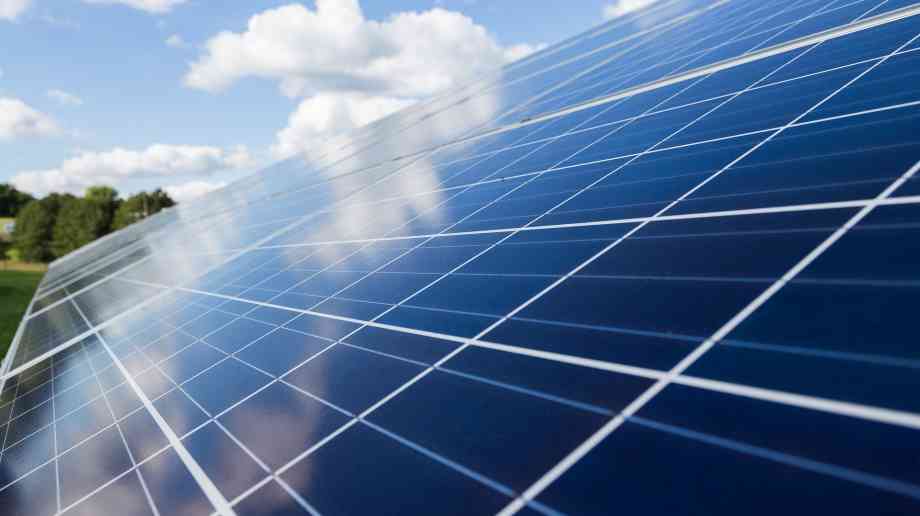 We need a Marshall Plan to meet our Net Zero ambitions

Polly Billington, director of UK100, a network of local leaders committed to Net Zero, looks at the urgent need to scale up local, sustainable energy with Net Zero by 2050 in sight

Kick-started by the Marshall Plan, the period 1948–1952 saw the fastest growth in European history, with standards of living increasing dramatically: better homes, more food on the table, more goods and better healthcare. The billions of dollars in aid also subtly transformed society - increasing cross-European cooperation, reducing trade barriers and embedding a democratic culture. Its success can inspire our efforts today to build back better: no wonder that Prince Charles has added his voice to the chorus of those calling for ‘a Marshall-like plan for nature, people and the planet’.

As the Chancellor grapples with the deepest recession since records began, we need to capture that post-war spirit: not just rebuilding our economy but renewing our social structures with the same energy that our forebears put into fighting poverty and ill health. Unlocking a green recovery that will create new industries and jobs; while transforming our society into one that is healthier and happier. Rishi Sunak must avoid the temptation to use the Spending Review this autumn to simply bail out the old polluting industries and go back to business as usual.

The opportunity is immense
With the furlough scheme due to close, we need a jobs package that will get people back to work now, into jobs and industries that will last for the long term. UK100 research, based on the work of the LSE’s Grantham Institute, shows that three million jobs could be created or supported through tackling climate change. This would involve all kinds of jobs and skills, from transport to agriculture. One example is we need an army of 500,000 builders, plumbers, and electricians to retrofit our homes, which are the leakiest in Europe. Battalions of white vans going green.

We don’t expect that a Green Marshall Plan will all be financed from one superpower or from the public purse. We need innovative financing models that unlock private investment in renewables, energy efficiency, transport and nature. Our research estimates that if the Treasury were to provide start-up capital of £5 billion that could unlock a pipeline of £100 billion to kick-start a green recovery. This analysis is derived from three metrics: an extrapolation of potential renewable projects conducted by Siemens across two UK regions; an average of the typical development costs of energy projects such as district heating and energy efficiency; and the estimates made by Lord Stern of the need to invest one-two per cent of GDP to reach Net Zero by 2050. £100 billion is a considerable investment, but it is only around 25-50 per cent of what the Stern report estimates is needed.

In order to attract greater private sector capital, the government should ensure if it goes ahead with the much-touted National Infrastructure Bank, that it has a Net Zero mandate and a local focus. We have termed this a ‘Net Zero Development Bank’ (NZDB), which will play a role in shaping future energy markets, as well as ensuring that money is well spent - prudently invested by disciplined allocators of capital.

The NZDB would have some subtle but important differences from the first Green Investment Bank, relevant for today’s challenges. The first bank had a mandate that focussed on accelerating capital investment into green projects, which were already being developed by businesses. This included  government policies like Contracts for Difference for offshore wind and long term contracts for waste to energy projects. The NZDB would seek to kick start new investment - hence the ‘development bank’ concept. A number of other organisations such as the IPPR, the Aldersgate Group and the LSE have called for a similar investment bank, and even the energy minister Kwasi Kwarteng MP has said that he expects an announcement in the ‘not too distant future’. We think this is an opportunity to develop new partnerships between local authorities and the private sector to really kick-start the transformation required.

It would have a strong regional operating structure with deep understanding of the local resources and networks available to support local energy investment to support a ‘place based approach’. We know this is the most effective way to get community buy-in, and secure long-term change. In this, it would have some parallels with post-war reconstruction. It might not be as well-known as the Marshall Plan, but The Industrial and Commercial Finance Corporation (ICFC) provided vital financing for small and medium sized businesses in the aftermath of the Second World War. One of the key elements of its success was having a local branch structure so that managers could develop strong relationships with local businesses and make a sound judgement about which were worth investing in.

Collective working
Today we need a Grand Alliance - the Big Three working together to secure our recovery: Central Government, Local Government and Business.

Local authorities are uniquely placed to help in this process. Their democratic accountability requires them to engage with their communities and encourages them to establish political consensus to bring about long-term change. They have significant powers and responsibilities and control large budgets which they can use to help underpin investment in new infrastructure. They think across the whole economy. By adopting integrated systems-thinking they can solve more than one problem at a time, such as facilitating job creation, reskilling and economic growth, saving money for residents, generating income to support public services, designing public space and tackling air quality.

Many councils sit on large asset portfolios of public buildings and land, which could be invested in energy projects. At the same time, with their increasing reliance on business rates for funding, councils are under pressure to foster local economic growth while recognising they may need additional advice from the private sector. Local authorities have lost many of their experienced staff after a decade of austerity. To ensure fiscal probity, a development bank would act as a disciplined allocator of capital to ensure value for money.

A Net Zero Development Bank would establish common rules for financing schemes ensuring value for money for the taxpayer, and efficiency of scale for businesses. Standardising contracts and procurement approaches could increase private investment and reduce costs for all involved. For instance, Siemens have supported West Sussex County Council to develop their first solar farm on landfill site, which is not ready for development, powering 2,400 homes - but such an approach could have a far higher and more efficient impact on cleaning up our energy if done through a consortium of local authorities with landfill development.

Currently there are 27 different grants and funding streams available for local energy projects just via the Department for Business, Energy and Industrial Strategy (BEIS), with more via other departments and agencies. Some of the SMEs UK100 interviewed as part of the research have described the ‘valley of death’ challenge they face as they seek to scale up successful concepts.

As well as new finance, we need to unlock the capabilities of local authorities and other public bodies with new powers and duties. Elected mayors and councils have hugely important roles in terms of the planning system, as instigators of regional economy growth and in a very few cases with strategic transport oversight. But they need new powers in order to deliver against the Climate Emergency declarations that two thirds of councils have made. At the same time, publicly funded bodies such as Ofgem and Highways England should have a clear duty to support the delivery of Net Zero and be held accountable if they fail to do so.

UK100 has brought together a cross-party ‘resilient recovery’ taskforce of 24 leaders and mayors from the biggest authorities in the UK - who collectively represent 24 million people across the country. As you can imagine, getting agreement wasn’t easy - but their joint declaration is crystal clear: “The need for an economic recovery package that creates resilience in our communities and reduces carbon emissions has never been greater...We must seize the opportunity to create healthier, safer and more prosperous communities, building in resilience to climate change through investing in the green economy.”

In little over a year the UK will host COP26, the UN Climate Summit in Glasgow. The task will not be easy, but to paraphrase Eisenhower - the eyes of the world are upon us.