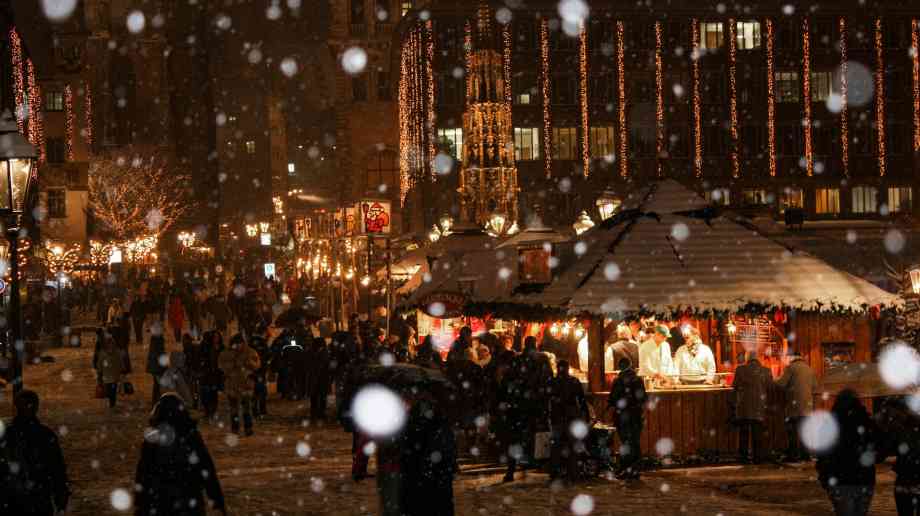 Protecting the public this Christmas

Last month it was revealed that armed and plain clothes police officers will be deployed at Manchester Christmas markets, in addition to security barriers which are to be erected around the city centre. Iain Moran, high security consultant at ATG Access, looks at the importance of keeping the public safe during the festive period amidst times of heightened security

The countdown has begun – Christmas is just a few weeks away. This means high streets will be filled with festive shoppers rushing around to get all their Christmas shopping done, and the popular seasonal markets will be popping up around city and town centres. Typically festive events, such as markets, light switch ons and festivals, bring in hundreds and even thousands of visitors looking to get into the Christmas spirit.

But, with busy streets and crowded events comes a heightened security risk, especially given our current ‘severe’ threat level. Crowded places unfortunately make the ideal target for the types of terror attacks we’re increasingly seeing, where hostile vehicles are becoming the weapon of choice. Just think back to last year when a hostile truck was driven into Christmas market stalls in Berlin, killing and seriously injuring many innocent bystanders.

To prevent a similar attack from taking place this year, security professionals are being called on to secure critical national infrastructure and keep the public safe during the holiday season.

Creating a ‘ring of concrete’
Attacks are becoming more difficult to predict due to the sporadic nature of the threat, particularly as vehicles are now being used as weapons. As such, some councils have now started erecting protective concrete barriers around pedestrian areas to prevent hostile vehicles from driving into crowds or festive event venues.

Concrete barriers have already been deployed around London Bridge following the vehicle attack that took place earlier this year. And these huge structures are now being utilised across the country – work has already started in Southampton to install them around the city’s Christmas markets, and the same is planned for Hyde Park’s Winter Wonderland.

Earlier this month, temporary re-enforced road blockers were installed in Birmingham at both the main routes that lead towards the Christmas market. And Manchester has also followed suit with the deployment of concrete barriers to prevent hostile vehicles from mounting the pavement and driving into market stalls.

It’s clear that public safety is being taken extremely seriously in the wake of recent events, and many local authorities are taking immediate action to increase security. But, it’s also important to bear in mind that installing the types of permanent bollards and barriers that are being talked about is likely to take several weeks to deploy. Christmas is fast approaching and the threat needs to be minimised now, before the festive season gets in full swing.

There’s currently a lack of discussion around the fact that there are protective barriers now available that can be deployed within hours, rather than weeks, and are specifically designed to prevent these kinds of attacks.

Quick-to-deploy solutions
The development of quick-to-deploy, innovative security solutions has been extremely rapid to mitigate against vehicle attacks. For instance, the security sector is seeing the rise of surface mounted solutions that offer temporary high security protection. Most importantly, they’ve been specifically designed to withstand the direct impact of a vehicle colliding into them – some can even withstand the force of a heavy 2,500 kg vehicle travelling at 48kmph. If an incident was to happen, these barriers would stop a hostile vehicle because they have been impact tested by the British government.

These solutions can be quickly deployed and easily removed as they don’t need bolting down, causing no damage to the installation area. Roads can be blocked off in under an hour - there are some impact-tested surface mounted bollards available that can be installed to block off a road in under 10 minutes. This makes them ideal for use at events or areas that need protection for a set period of time, particularly Christmas markets that are only held once a year.

Most surface mounted barriers have a modular design, meaning that pedestrians can flow freely into the designated area, and even cyclists can ride through them. This makes them perfect for protecting cycle lanes – an area that was specifically targeted during the recent attack in New York.

It’s also important to consider how the presence of protective barriers may make the public feel – having huge concrete bollards and barriers surrounding festive markets could ruin the Christmas spirit and serve as a constant reminder to event visitors that the threat of attack is high. But with surface mounted barriers, they can actually be covered to help them blend into their environment. Advertising material from surrounding retailers and sponsors, decorative Christmas images or vinyl wrappings can be placed over them to make sure they’re not an eyesore and are in keeping with the theme of the event.

There are a whole host of barriers and bollards available that are effective at blocking off roads and stopping vehicle attacks. However, in order to ensure areas are secured properly well ahead of festive events taking place, those in charge of security need to consider which bollards or barriers will be most suitable, and which can be deployed in the most time-efficient way. There is no time to waste – solutions need to be deployed now.