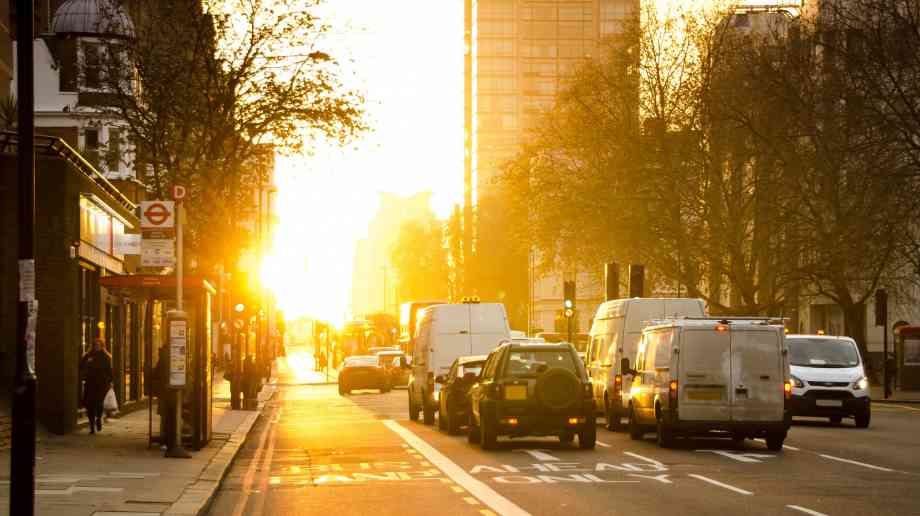 Air quality is one of the dominant concerns impacting on the UK’s population. Tony Lewis, head of Policy at the Chartered Institute of Environmental Health, looks at why the government must change its approach to tackling the issue

The Chartered Institute of Environmental Health (CIEH) and its members believe that good air quality is a basic requirement and a key determinant of health. In the UK over 800 Air Quality Management Areas (AQMAs) remain in operation where pollutant levels exceed legislative standards. With some of the UK standards set at twice the World Health Organisation’s acceptable levels it is clear that air quality is a significant public health issue.

In the UK, air pollution costs businesses and health care services in excess of £20 billion annually  and, in 2010, the Department of Health’s Committee on the Medical Effects of Air Pollutants (COMEAP) reported that long-term exposure to outdoor air pollution caused the equivalent of approximately 29,000 deaths in 2008 in the UK. Current work by the committee suggests that the current effect is likely to be even greater.

Poor air quality in the UK is a national issue. Air pollution does not recognise boundaries and all UK countries, regions, towns and cities and even rural areas are affected to a greater or lesser extent. It is, therefore, wholly inappropriate, as the government has done with its NO2 strategy, to shift the focus to just English local authorities. Consequently, CIEH is concerned that the focus on Clean Air Zones (CAZ) is not an appropriate way forward at this time and it remains unclear whether these will provide any kind of solution to the current challenge of poor air quality, and exposure to NO2 in particular. A further problem is that the current focus is on NO2 when we know that the health implications of particulates are, probably, a greater health problem.

The failure of the UK to meet legislative and WHO standards has led to increased hospital admissions, placing excess burden on the NHS. It is also likely to have a significant impact on the health of the future generation, with studies showing a reduced lung capacity in children living in the most polluted areas. With air quality spanning a wide range of policy areas, it is not only clear that everyone has a role to play in improving air quality but that government policies are not providing the necessary leadership to enable this issue to be addressed in a satisfactory way. Were the government to be doing so then the UK would not be in breach of EU requirements and facing action in the European Court of Justice and the government would have avoided the successive legal challenges, mounted over the last 18 months or so by ClientEarth.

Environmental health professionals do not accept that government plans set out effective and proportionate measures to deliver the necessary reductions and they certainly will not drive those reductions quickly.  The current government strategy for addressing NO2 emissions was produced in haste, is wholly insufficient and abdicates responsibility for providing national leadership for a national problem.

Emission reductions begin by developing a better understanding of the problem. More and better ‘real-time’ monitoring of air quality and consequent health related data should be required by both environmental health and public health professionals and government should appropriately resource this.

Ultimately, the only real solution is to either significantly reduce overall vehicle numbers on the road or take action to completely remove vehicles that do not comply with EuroVI/6, if diesel fuelled, or petrol Euro 3 standards as a minimum. Both of these options are probably impractical and politically unacceptable at the national level; although CIEH recognises and applauds the steps taken by the Mayor and Transport for London in this respect.

Financial support for local authorities
CIEH does, however, advocate the following as being effective and proportionate measures: Clean Air Zone (CAZ) type charging to be introduced as matter of urgency at the national level; the removal of tax incentives on all types of diesel fuel (including red diesel) and their transfer to Ultra Low Emission Vehicles (ULEV) and Zero Emission Vehicles (ZEV) infrastructure development; a significant switch to good quality, integrated public transport; a phased reduction in sub Euro VI/6 diesel vehicles via a properly supported scrappage scheme introduced as part of a well-managed, coordinated set of long-term responses to the problem; and the phasing out of Transport Refrigeration Unit (TRU) secondary engines that are almost universally powered by red diesel.

CIEH is cognisant of and supports the moves by Transport for London to only license new ULEV or ZEV ‘black cabs’ from 2018 and we advocate national measures to ensure that this approach is taken by all local authorities across the UK.

We also believe that local authorities should be financially supported to take a number of actions and these include but are not limited to: providing new and better designed cycle routes that physically separate cyclists from other traffic; purchasing ULEVs and ZEVs for their own purposes; developing and extending infrastructure to support ZEV’s; and supporting moves to progress infrastructure projects that provide alternatives to driving through AQMAs or CAZ.

We take the view that the government’s consultations prior to the introduction of the NO2 strategy inappropriately reference the need for a ‘value for money’ approach in the face of a public health emergency. CIEH strongly believes that cost/benefit analyses must also include costs and benefits to the health of the people; the burden on the NHS of failing to act and the health implications on lives, families and communities across the whole country of failing to act. We are particularly concerned that the government’s approach of merely looking at the problem and attempting to generate a solution from the point of view of business or from the perspective of minimising overall expenditure, is wholly inappropriate.

Joint solutions
Finally, as recognised above, actions such as the reduction of the number of vehicles entering polluted areas and/or excluding the worst polluting vehicles are generally considered to be politically unfavourable. This may be due to the framing of the agenda with such action often being considered for air quality purposes alone; however, a significant reduction in vehicle numbers would also reduce congestion, noise and odour in town centres which would open up pavements areas as desirable locations for commercial opportunities e.g. pavement permits for seating for bars and restaurants. This would increase business profitability and develop and help sustain local overall economic activity. These and other benefits are not often linked together in order to sell positive air quality messages. Air quality is one of many concerns impacting on the UK’s population; however, the solutions should not be seen in isolation, they should be linked to other agendas to ensure that they deliver benefits across as broad a spectrum as possible.

CIEH believes that the most important thing is a clear demonstration of leadership from government that indicates a desire to advance both technologies and policies to make cleaner air a reality. This will require a proper cross-departmental strategy that brings together all involved with transport; public health and environmental health professionals, planners, housing providers and sustainable energy companies to address the issues.

It’s only by engaging in proper collaborative working that we will be able to effectively tackle the issue.