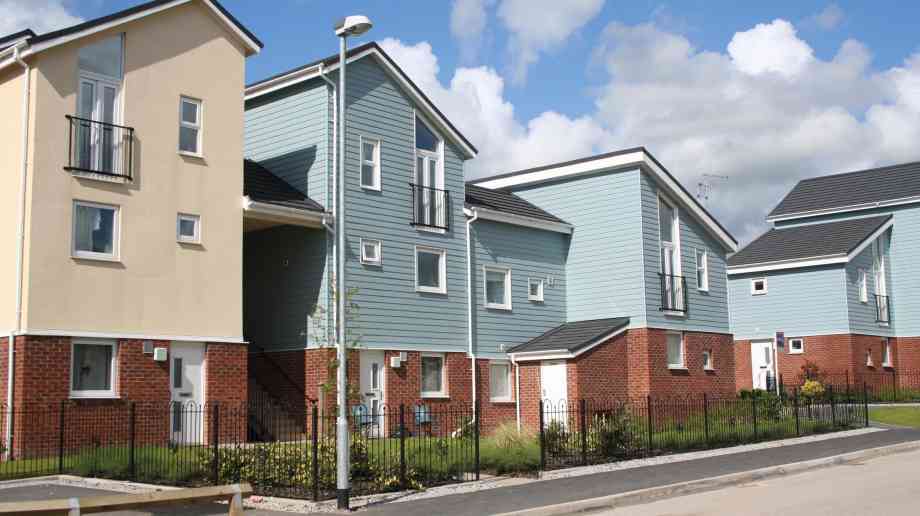 Amid cuts to local authority funding, Mike Harris, deputy head of policy and research at the Royal Town Planning Institute, makes the case for investing properly in planning.

As predicted, the autumn’s comprehensive Spending Review was tough for local government. Get beyond the big headline numbers and a worrying picture is emerging for the places where we live and work. As is well-known, planning departments have experienced some of the deepest cuts of all local authority services over the past few years. It’s not difficult to understand why; local authorities face difficult choices, so why prioritise seemingly less critical, less visible planning and development functions over other frontline services?

The Royal Town Planning Institute’s (RTPI) view is clear though: cuts to planning are a false economy. Investing in planning is critical to delivering better quality built environments, including the housing we need.
Better places are better for the economy, health and the environment. In other words, planning is not just about ‘planning’; it’s about achieving a range of policy objectives shared by local and national government. But let’s start with the funding situation and how this is impacting on our ability to deliver better places.

Cuts to planning
We’ve had a general picture of the squeeze on local authority planning for some time. A report from the National Audit Office (NAO) in November 2014 found that planning and development services in county councils and single-tier authorities have seen the largest spending reductions across the whole of local government, in part due to the end of a number of government-funded regeneration programmes aimed at deprived communities. According to the NAO, on average, planning departments in these authorities have had their budgets nearly halved since 2010.

The development community has also been increasingly vocal about the impact of cuts to planning, for example the most recent British Property Federation (BPF) and GL Hearn survey pointed to a ‘planning system on the brink’. According to the BPF, half of all local planning authorities think that the environment for planning has got worse or much worse since 2010, and more than half think that a lack of resourcing will present significant challenges to delivery over the next year.

This difficult picture is confirmed by work that the RTPI has done in the North West of England, working with Arup, the global engineering, design and planning company. One of the reasons we focused on the region is, of course, that this is where the government hopes to drive the Northern Powerhouse – but without properly-resourced planning will it have the steam to deliver?

Our research, ‘Investing in Delivery’, again identified significant reductions in local planning authority budgets and staffing since 2010, with a third fewer planning staff overall. Similar work by the RTPI in Scotland points to a 20 per cent reduction in planning staff over the same period. The most important conclusion from this work though is that cuts in local planning are now resulting in delays bringing forward development, undermining the government’s ambitions for the delivery of housing and economic growth more broadly. Developers are more uncertain, risk has increased, and investments are being delayed and deferred, impacting on delivery and growth.

In many places, local planning services are surviving on the goodwill and professional integrity of planning officers. This is not sustainable. It’s not just about the time taken to process planning applications, important though this is, it’s also about the ability of local authorities to set out positive plans for their areas that can set the context for development and provide greater certainty for developers.

New initiatives
So, what to do about it? How can we avert and even reverse the decline of investment in planning?

There’s been a lot of discussion around whether local authorities should have the freedom to set higher fees for dealing with planning applications. So far, the government isn’t convinced. Our work in the North West – we talked to developers and consultants as well as local authorities – didn’t find much support for this idea either. Instead, we’ve argued that local authorities should strive to reinvest in their planning services, in the recognition that these services are an increasingly significant source of income for authorities, not just through application fees but also through initiatives such as the New Homes Bonus. We also need to encourage and support local authorities to learn from each other, not only about how to manage cuts but also how to develop a strong positive planning and development culture that has local political and community support.

As we argued in our North West research, we now face a choice between exacerbating a cycle of decline in more local planning authorities, or establishing a positive cycle of reinvestment in public sector planning in order to drive housing delivery and development. With the recently announced ‘devolution’ of business rates, we need to continue to make the positive argument that local authorities should see investing in a strong planning department as a way of bringing revenue into their areas and improving local finances, as well as delivering better places for their communities.

Planning in tough times
Planning is crucial to meeting local housing need. Moreover, there’s the economic benefit from house building. According to research by Savills, a substantial increase in house building of 100,000 homes a year would create jobs, boost tax revenues and cut government borrowing by £23 billion over the life of a Parliament. What’s been largely missing from the political parties’ various proposals to boost house building (let alone the numerous ideas put forward by think tanks and others) is recognition of the investment in the planning needed to make this happen.

Planning is also critical to local sustainable economic growth. Perhaps the most worrying aspect of the cuts is how there is less time for the proactive strategic planning by experienced teams that can shape and stimulate, rather than just react, to development proposals. This undermines the extent but also the quality and attractiveness of development, and so the economic value of places. In other words, we are throwing away money from development.

At the very time that policymakers have accepted the case for devolving more powers to cities, we may be failing to recognise that cuts to local planning threaten the ability of cities to invest in their own future economic success and to improve the UK’s lagging economic productivity. As such, the economic dividend that proponents of city devolution claim would be released by Whitehall letting go of the purse strings – up to £222 billion by 2030 according to one recent report – are unlikely to be fully realised without also investing in the ability of these cities to plan effectively.

Planning produces wider social benefits that save the taxpayer money. To take just one example, healthy places not only promote better individual health, they also reduce the costs of ill-health. It’s been estimated that poor quality housing costs the NHS at least £760 million and society £1.9 billion annually. How much of this money could we save by investing not in better quality housing, but in better, healthier places generally?

The argument here is of course that investing in planning can be a preventative investment, in this case in healthy place‑making. As the cuts continue it’s an argument we need to make more forcefully. From this, we need to think more about the value of planning. Local planning departments are doing more with less, but the extent of the further cuts now facing local authorities means that the scope for efficiencies is coming to an end (if they haven’t already).

Outsourcing, mergers, shared services and streamlined customer-focused processes have been introduced by many local authorities, and there may not be a huge amount more that can be done as resources continue to tighten.

One survey of Local Government Association members reported that a third of councils now say they have very little or no scope to reconfigure services further.

The value of planning
While such efficiency measures are important, they don’t represent a way out of the crunch. Ultimately, we need to stop seeing planning as a narrow regulatory process to be conducted as rapidly as possible (important though efficiency is), and start understanding it as an investment in the economic future of places. We need to recognise the value of planning.

Many local authorities get this, others we need to do more to convince. It’s not just about the money, it’s also about the approach to planning that we take. When planners are empowered not only with the resources but also the political leadership and support they need to undertake proactive planning, planning can boost the quantity and quality of development.

We certainly see this in the UK – in cities such as Manchester, Birmingham, Norwich and many others. But this kind of positive planning, where local authorities take the lead on making development happen, seems to be more common in countries such as France, Germany and the Netherlands, in places such as Lille, Hamburg and Nijmegen among others. It’s no coincidence that all of these countries manage to build more homes than we do in the UK, and often to a higher quality.

The risk is that further cuts mean moving further away from this kind of planning. As a result, we need to continue to make the case for adequate resourcing of planning not as ‘special pleading’ but instead as a fundamental investment in people and places that benefits the economy as well as society. Planning, it turns out, is not the problem; it’s the solution, so let’s invest in it properly.

About the RTPI
The Royal Town Planning Institute is the UK’s leading planning body for spatial, sustainable and inclusive planning and is the largest planning institute in Europe with over 23,000 members.

The term ‘town planning’ was first used in Britain in 1906. The statutory practice of town planning stemmed from the Housing, Town Planning, etc Act 1909, which permitted local authorities to prepare such schemes for land in course of development, or likely to be developed.

On 11 July 1913 a provisional organising committee was established in London and an invitation was sent out to potential members to join a Town Planning Institute. A first meeting was convened and chaired by Thomas Adams on 21 November 1913. A Council was elected and met the following month. Adams was elected the first President on 13 March 1914.