Skip to main content
Home / Features / A place for SuDS? 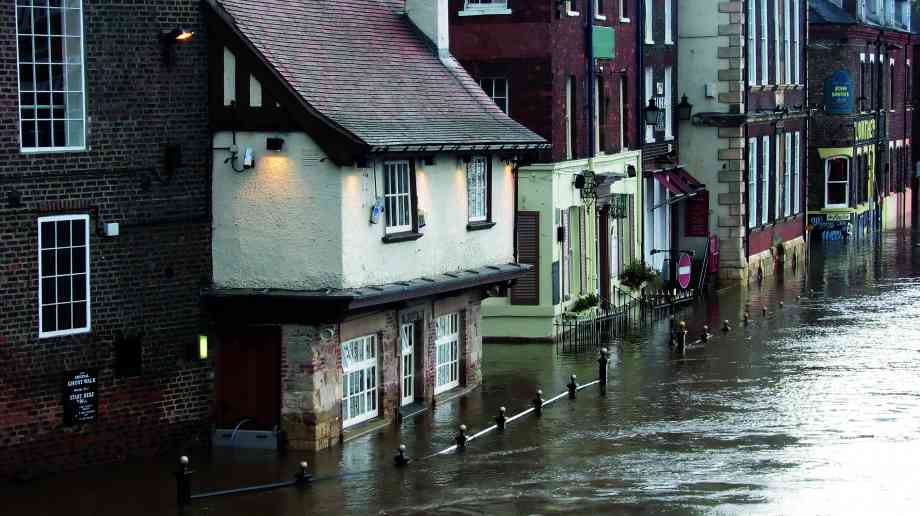 A place for SuDS?

Laura Grant, senior policy adviser of the Chartered Institution of Water and Environmental Management, discusses the advantages of managing surface water flooding in a beneficial and cost-effective way

More homes and businesses are at risk from surface water flooding than from any other kind of flood and the problem is increasing with growing urbanisation and development. Over three million properties are already at risk of surface water flooding in the UK, and unlike other sources of flooding which may be more predictable, it can affect properties which are not identified on flood risk maps. This kind of flooding can devastate people’s lives, their homes and businesses and make moving house or finding insurance difficult.

As the main political parties recognise the need to build new homes to tackle the housing crisis, we must ensure that they will be resilient for years to come and problems are not stored up for the future. Mitigating surface water flooding relies on deploying techniques to ensure that water doesn’t end up accumulating quickly in the wrong place, faster than it can be stored safely or moved elsewhere. Traditionally the solution has been to channel this runoff into the below ground drainage system and get rid of it as quickly as possible.

For many reasons this is not the best way of doing things: it can result in a lot of water hitting the drainage system quickly and exceeding its capacity; increasing urban infill and development, using impermeable surfaces like tarmac and concrete, means water can run off into the drains even quicker; and as we build all these new homes, connecting them to the drains risks further exacerbating this problem.

Sustainable drainage systems (SuDS) deal with water in a different way. Using all kinds of different approaches and technologies they slow and store water—preferably at the surface although this isn’t always possible—and they can be designed to use natural processes to deliver a whole range of wider benefits.

Two years ago planning policy on SuDS was changed, but crucially it did not tie in to the recommendations of the Pitt Review or reflect the Flood and Water Management Act. Since the new approach was introduced we have frequently heard how SuDS are not getting built in the form or volume that we would like to see. Yet data is sparse - there is no requirement for local authorities to report on SuDS uptake, nor monitor whether they are actually implemented or effective. At CIWEM we decided to take matters into our own hands, coordinating the largest cross-sector survey of professionals to date.

The results of last year’s Big SuDS Survey shows that: almost 70 per cent think current planning policy does not sufficiently encourage SuDS; 75 per cent are not assessing the costs and benefits of SuDS schemes; 75 per cent considered that planning authorities did not have adequate in-house expertise to consider the merits of proposals; and only eight per cent think the current standards are driving high quality SuDS.

Are SuDS more expensive than conventional drainage?
Increasing pressure for housing and development means that land is extremely valuable, so it is understandable that developers may view the inclusion of SuDS as potentially reducing their margins. Economic viability is often cited as a reason not to include SuDS in schemes, and our survey revealed that this was largely perceived to be associated with the opportunity cost of the land.

However many forms of SuDS can be incorporated into the footprint of the building reducing land take. Early consideration of surface water drainage will inform the site layout around the drainage requirements, rather than the other way around. This will allow potential opportunities and constraints to be identified and addressed at an early stage and ensure that the space is used as cost effectively and efficiently as possible and maximise the benefits that can be achieved.

So if SuDS can be incorporated without affecting land take, is there evidence that they may reduce profitability because they cost more than conventional drainage? The government’s own data on costs shows that both capital and maintenance cost differences are usually marginal, and—from discussions with senior engineers we have found —SuDS should actually cost less than conventional drainage if schemes are well designed. This is also supported by research for the Welsh government which finds that SuDS are cheaper at every scale for both capital and operational costs.

The problem is that because the benefits accrue to many but the costs are initially borne by just one party (a developer, a water company or local authority), they need effective policy to correct the market externalities involved. Currently the wider benefits of opting for SuDS remain unpriced and unrecognised by policy or standards.

Achieving multiple benefits
Our research indicates that the vast majority involved in delivering SuDS consider current policy is ineffective with many new homes built without the full benefits of SuDS. The most effective schemes combine source control—as close to where the rain lands on the ground—with successive stages of a SuDS management train that can include other storage and filtration components. Managing rainfall at source ensures silt and pollution do not flow freely into watercourses, controlling the flow and quality of water for use further downstream.

Components downstream in the management train can include detention and retention basins and urban ponds, providing temporary storage of water and to trap and treat pollutants. However, some of these components are often poorly designed; many existing examples resemble neglected bomb-craters, rather than realising their potential as attractive and biodiverse wetlands for communities to enjoy.

Only eight per cent of survey respondents believe that the current non-statutory SuDS standards are driving installation of high quality and effective sustainable drainage systems in England. The government’s non-statutory technical standards are intended to ensure that drainage matches green field run-off rates for new build developments, but there is no mention of any requirement to implement any wider benefits.

The standards can actually be implemented with conventional drainage. They are dominated by attention to the quantity of water attenuated because it is calculable, whereas water quality, amenity and biodiversity are ignored, perhaps because they are less easy to quantify. In this way, the standards neglect the key aspects of SuDS, multi-functional and cost-sharing benefits and their important role in successful place-making.

The Chartered Institution of Water and Environmental Management (CIWEM) and its partners have called for new standards to be developed aimed at optimising opportunity to achieve amenity, biodiversity and water quality benefits as well as flood risk reduction. The Welsh non-statutory SuDS standards which are in line with the SuDS Manual would be a good place to start. We also consider that new standards would help to ensure that SuDS are then ‘adopted’ and maintained by an appropriate authority.

Stronger national policy
Improving standards is not the only barrier identified by the research. We have also called for the government’s SuDS review to look at strengthening planning policy and planning practice guidance, clarifying ‘adoption’ arrangements and the allocation of maintenance responsibilities. It should also look again at incentives to retrofit schemes.

Some local authorities have been forward thinking and developed their own standards. However this is not the case everywhere. Current national planning policy and practice guidance allows for a plethora of reasons for developers to ‘opt out’ of the requirement, on the ground of practicality or price, when the range of SuDS options available means this is often unjustified. The survey also identified that costs are being used as a reason to opt out of schemes when in fact they may not be measured at all.

We would like to see policy strengthened so that discharge to the sewer system is conditional on the inclusion first of high-quality SuDS in new developments. The government’s review of SuDS in England is also an opportunity to review the impact of excluding minor developments in policy (developments of fewer than ten homes do not currently need to be considered for SuDS despite the cumulative impact of development can be a factor in surface water flooding).

Following the election we hope to see the outcomes of the SuDS review strengthen policy, standards and guidance to ensure that new homes have well designed and implemented SuDS schemes, delivering cost savings and communities with higher levels of resilience, well-being and vitality.

CIWEM’s report A Place for SuDS is supported by 15 professional bodies and environmental organisations including the Royal Town Planning Institute (RTPI), Royal Institute of British Architects (RIBA) and the Institution of Civil Engineers (ICE).