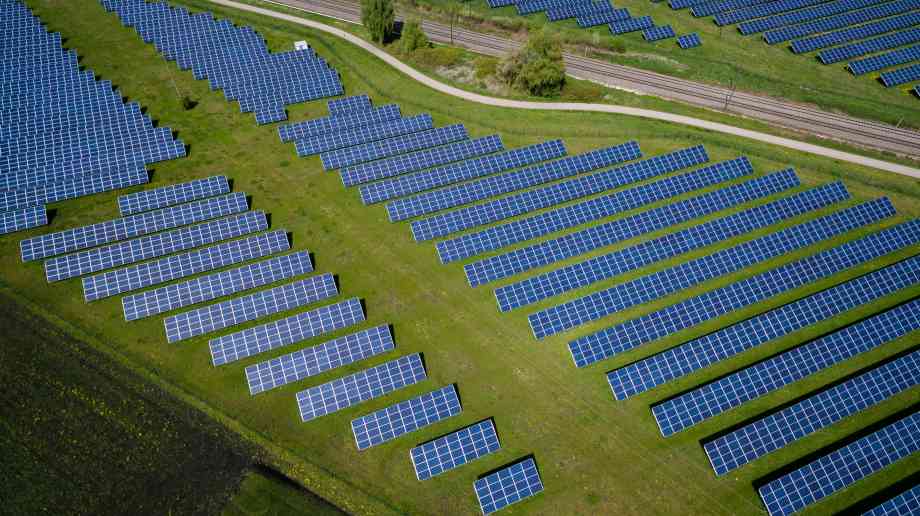 Local authorities continue to shine a light for solar

While national government continues to writhe in the quagmire of Brexit, local authorities are driving the deployment of renewables across a range of scales. From prolific deployment across the rooftops of homes and schools, to grand projects on iconic buildings, and large, subsidy-free solar parks which produce significant sums of power and revenue, innovative councils are leading the charge with projects of all shapes and sizes.

Raising revenue with solar parks
For starters, many local authorities are turning to large-scale solar parks as potential sources of income, in addition to their penchant for cutting carbon and energy bills, but accolades for the most innovative project so far go to Warrington Borough Council, which is developing two at sites in York and Hull, with a combined capacity of 60.4MW of sun tracking bifacial solar panels – the first time this technology has been deployed in the UK. The York site will also feature a 27MW battery storage facility, the largest co-located solar and battery project in the UK so far. The £62.34 million project will produce enough clean electricity to power over 18,000 homes, supply the borough itself with 100 per cent green electricity and cut its bills by £2 million a year.

The Warrington project is being funded by a Power Purchase Agreement (PPA) where the local authority signs a long-term agreement to buy the electricity generated by the solar park to power its own operations. This secures a revenue stream for the project to get financed, with no need for any government subsidy, and guarantees zero carbon electricity is being used by the local authority. Similar PPAs are being considered in many local authorities, including the City of London. However, for it to contribute to additional carbon reduction it is important that the PPA is for electricity from a new renewables development. There are many renewable PPAs being offered that effectively contract electricity from existing sites, which will not displace any fossil fuel generation and therefore not contribute towards meeting net zero greenhouse gas emissions by 2050.

Solar parks are typically based on the lowest grade agricultural land, or brownfield sites. Several are being developed on repurposed sites unfit for human habitation or farming, such as Torfean Council’s 3MW project set to be deployed on a disused rubbish tip, following closely in the footsteps of West Sussex County Council, which unveiled the UK’s first truly subsidy-free solar park this time last year. The 7.4MW array is sited on a former landfill site and includes 4.4MW of battery storage.

Cutting energy bills with solar roofs
Various projects making use of public roof space have sprung up over the years, including Hounslow Borough Council’s Western International Market which has the largest rooftop array put up by a local authority at 1.73MW plus 240kW of battery storage, and Ashton Gate Stadium, home of Bristol City FC, where a 117kWp array was funded by Bristol City council a PPA. West Sussex and Portsmouth City councils win plaudits for prolific deployment, having put solar on more than 130 schools between them, with many others, such as Wokingham Borough Council, looking to follow suit.

Tackling rising fuel poverty is a challenge that rests high up the agendas of many councils, and alongside energy efficiency approaches such as insulation and double or triple glazing, some have turned to solar technologies to help households cut energy bills.

Hackney Borough Council have bold plans to deploy solar PV on 15,000 council houses following the formation of its very own 'publicly-owned municipal energy company', which intends to drive the supply and generation of renewable energy in the area and offer 'significantly cheaper, clean energy to residents and generate income for the creation of a ‘social dividend’ from which all of the borough’s residents will benefit'.

Nottingham City Council continue their roll-out of EU-funded hyper-efficient Energiesprong retrofitting, with another 155 homes to benefit in 2019 following a successful pilot scheme in the previous year. These homes feature well insulated roofs with integrated solar PV, enabling households to generate their own electricity.

In other, harder to reach areas of the country, connecting to the gas grid cost-effectively can be a challenge. One in three social homes in Mid-Devon District Council lack such a connection, and the local authority have turned to solar thermal in order to provide heating and hot water to almost 100 of these. Additionally, more than a third of social homes have had solar PV installed to cut electricity bills.

For existing, privately owned homes, councils in London, Manchester and East Anglia have facilitated collective purchase schemes under the name Solar Together to deliver solar PV to thousands of households at below market rates. Dutch group buying experts iChoosr work with the local authorities to establish the level of interest in getting solar, then use this to inform and run a reverse auction. The economy of scale works in everyone’s favour – local authorities have solar deployed in bulk which cuts the carbon emissions tallied up in their locality, solar companies are able to factor in demand and bid for a significant batch of work, and homeowners get the most competitive deal possible on a new solar PV system, enjoying from savings made from ordering wholesale, and the assurance that their system is being installed by well-established and trusted businesses.

Driving building standards and the EV future
More than half of all local authorities have utilised planning powers to enforce building standards higher than those set by national government. One in six of these local authorities have designed policies which go well beyond national building standards, encouraging the development of properties that have considerably smaller carbon footprints than the average home. These new dwellings are less expensive to run owing to higher energy efficiency and the deployment of renewable energy technologies such as solar and battery storage. Examples of these standout new build developments can be found across the UK, in the likes of Plymouth, Milton Keynes and Nottingham.

Councils are also increasingly looking at the challenge of decarbonising transport. Dundee are driving this agenda by investing in three electric vehicle (EV) charging hubs to power the 130 electric taxis, and their fleet of electric cars and vans, which is the largest of any local authority in the UK. These hubs, which are solar powered and feature battery storage, provide 300 charge points across the city, providing the infrastructure necessary for the impending EV revolution. Similar projects are in development in York and Braintree, which are set to gain the UK’s first ever solar-powered EV forecourts, which will have rapid charging points capable of taking modern EVs from zero to 100 per cent in ten minutes.

With climate change and the need for rapid decarbonisation to reach net zero greenhouse gas emissions by 2050 firmly in the hearts and minds of the public, many local authorities see solar as a solution. This affordable, popular and proven technology is increasingly being used by councils to cut carbon and energy bills, drive innovation and the transition to new technologies such as EVs and battery storage, raise revenue, and inspire a wealth of households to take their own action on climate change. In this subsidy-free era, the economics increasingly stack up. The opportunity is there for the taking.