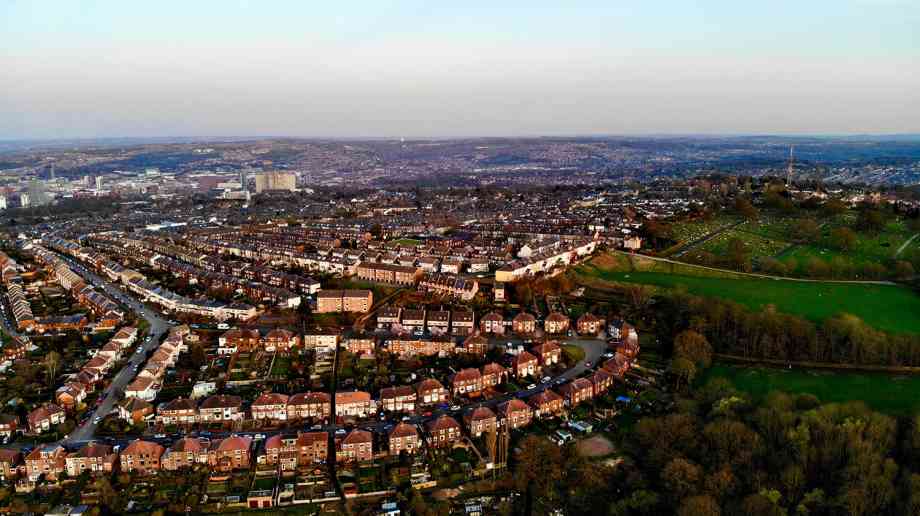 Levelling up is the political catchphrase of the moment, but one that is so all-encompassing it has become rather difficult to pin down. However, in broad strokes, most seem to agree it is focused on creating a more equitable and inclusive society in which regions, communities and individuals are enabled and empowered to achieve the best outcomes possible.

Inequality is a stubborn feature of life in the UK. A decade of fiscal austerity has left deep scars across many public services. A recent report by the Institute for Fiscal Studies found that, prior to the pandemic, income inequality was higher than most other developed countries, the gender pay gap had stopped falling, and prosperity varied wildly across different regions. This sense that some regions have been left behind or forgotten is consistently cited as one of the largest factors in the fall of the Red Wall in the last general election.

The pandemic has taken these inequalities and turbo-charged them. The effect of school closures will likely be felt in educational attainment for some time to come. The impact of the pandemic on key economic sectors such as hospitality, entertainment and tourism has left many people out of work and dependent on the state. Young people have been particularly disadvantaged by a much more volatile labour market, hindering their ability to enter the workforce.

It is therefore no great surprise that a phrase like levelling up, promising to be a lever by which to address some of these complex, systemic issues, is politically and publicly popular. The Prime Minister himself even attributed recent election success in the former Labour stronghold of Hartlepool in part to levelling up, saying that ‘these election results are an instruction to us to keep our focus on what matters – more jobs and investment, better public services and levelling up opportunity in every single community across the country’.

However, despite the fact that levelling up seems to be being positioned as a panacea for those regions and groups in the UK that feel undervalued and left behind, many, including us at CIPFA, have struggled to alight a clear definition of what exactly is meant by the phrase. Does the direction of travel imply that no one will be left any worse off, despite pressures on spending and a heavy national debt burden? With details on exactly what levelling up should look like thin on the ground, there remains a risk that policy will be fragmented, evaluation difficult and accountability evasive.

However, for the purposes of this article, let us assume that the objective and definition behind levelling up is what the rhetoric suggests – reduced inequality, improved outcomes and elevated communities. As a committed localist myself, I would always advocate for devolution of fiscal powers taking a leading role in any policy agenda that seeks to empower under-served local areas. After all, it is local councils, their officers and their political leadership that best understand local needs and how they should be met. In my view, an empowered local state should be at the heart of the levelling up agenda. However, with the decision to scrap the devolution white paper, the political will to decentralise is distinctly absent and I fear I will remain disappointed!

Unfortunately, it is not only the absence of devolution that may place limitations on levelling up. Some of the mechanisms built into pots of levelling up funding run directly counter to a local approach to meet local need.

These all have one thing in common. I’m talking of course about competitive bidding.

Competitive bidding has been growing in popularity for some time and it is a trend I have consistently expressed concerns about. I certainly welcome the announcement by Robert Jenrick recently that government is aware of this and would seek to reduce the prevalence of this approach.

Creating a strong bid for government funding takes time, money, resources and skill. Local authorities in large part are already over stretched and under resourced. Bidding for vital funding is simply another pressure. Because of this, competitive pots of money can often find themselves being allocated to those local authorities that have the time, money and in-house skill to put together compelling applications. Funding then becomes linked not to established need, but to the ability to construct successful bids. Success often breeds success, with those areas creating solid bids attracting more investment, more skills, and going on to put together even more successful bids. Those local authorities with least capacity and least resource, no matter how worthy their bids, can end up being muscled out. With the levelling up agenda contingent upon competitive pots of money, we run the risk of inequalities being further entrenched rather than alleviated.

Looking specifically at the levelling up fund, we also see increasing political influence in local bids. While the realists amongst us will understand that no decision, whether at the local or national level, is free of a political agenda, the fact that levelling up is clearly seen as a contributing factor in political success is cause for concern.

Analysis by the Guardian found that the levelling up fund skewed overwhelmingly towards Conservative-held regions despite relative affluence already prevalent in those areas. Of the 93 English regions placed in the top priority groups for support from the fund, 31 are not ranked in the top third most deprived places by average deprivation score. Of these, 26 are entirely represented by Conservative MPs, with the others having at least one Tory MP. These conclusions are concerning. It cannot be acceptable that levelling up funding be used as a way of influencing voters to the detriment of good decision making. The top priority tiers should be based first on need, ensuring that all local authorities are given an equitable shot at engaging with this national policy and achieving their full potential. This should be based on sound economic judgment rather than a ballot paper, and I would personally welcome greater transparency and openness around the selection criteria for any financial awards aligned with levelling up.

Key to local success will also be ensuring that one-off pots of government funding align with the existing funding landscape and plans for future funding arrangements. Despite the desire to elevate local areas and regions, the quantum of local government funding remains unchanged. CFOs will be facing systemic financial challenges that have been ongoing for over a decade, including their over-reliance on increasingly insufficient forms of local taxation to support service demand. Levelling up will not alleviate any of these pressures and may even increase the burden on councils in the long term. After all, when the discrete pots of funding run out, what are councils to do with remaining financial liabilities? We at CIPFA are calling on the government to demonstrate how the levelling up agenda will be aligned with long term local funding considerations where needed.

In summary, levelling up is an ambitious policy agenda, but runs the risk of meaning too much to too many people. Without clarity of purpose and defined objectives, we not only risk failing those communities that need this agenda the most, but potentially risk actively harming the ability of deprived local areas to meet need in the long term. The UK is well-placed to think differently about inequality. Taking on a new, holistic perspective of the economy, society and the environment, while investing for the long term, can help deliver more balanced, durable growth for all.