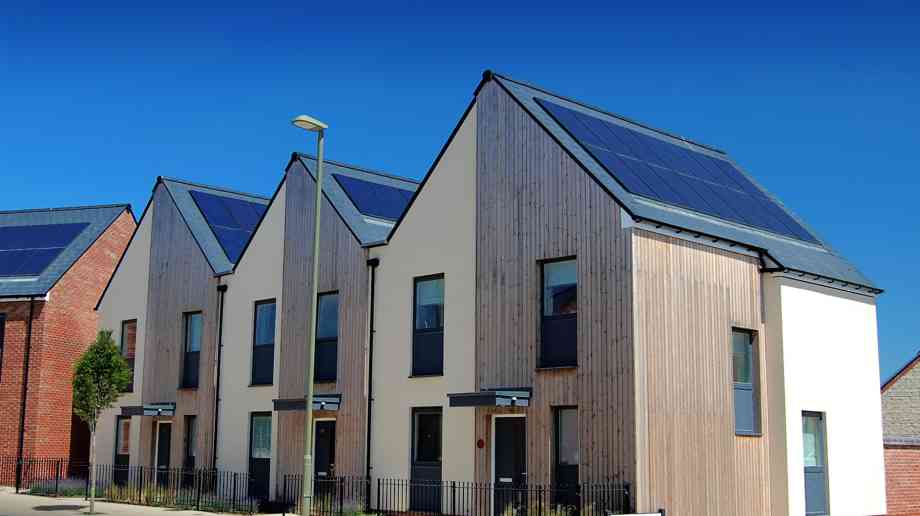 If the public sector learns from the most dazzling solar initiatives of 2018, it could spark a bottom-up solar revolution in the new year. Leonie Greene, the Solar Trade Association’s director of New Markets, spotlights the solar schemes to watch and adopt

Nine months ago we launched our Leading Lights report which set out nearly 30 case studies to illuminate the common sense steps local authorities can take to boost solar power, as well as the more trail-blazing initiatives. The case for action today is overwhelming; the United Nations and International Energy Agency are sounding the alarm on the urgent need to accelerate renewable energy investment to avert dangerous climate change. The warnings were sharply underscored by a summer of record temperature extremes globally, accompanied by unprecedented wildfires and flooding.

At the same time, the pressures on local government to secure stable sources of future revenue are now painfully apparent and here the improving economics of solar could help. The good news is that, despite turmoil in Westminster and a worrying decline in clean energy investment, 2018 saw some dazzling solar initiatives and policy breakthroughs that put local authorities in a powerful position to make the difference.

Solar farm pipeline defrosts
Initiatives launched since our report was published have confirmed that local government is waking up to the sheer scale of the solar opportunity, with some spectacularly ambitious new examples. As we anticipated, the solar farm development pipeline is starting to move again in the UK after being frozen out of clean power auctions (Contracts for Difference) for nearly four years. That’s because the economic stars are at last aligning, assisted in the short-term by a global glut of modules, and local authorities have been leading the way. In October, West Sussex opened the first solar farm in the UK without public support at Westhampnett. The 7.4MW scheme is also the first solar farm featuring large onsite battery storage to be publicly owned and more are planned for next year including a battery storage facility.

Warrington Council stunned us in the same month with its approval of a £59 million investment for two large solar farms, with a combined output to meet the entire power needs of the council estate. The scale of this investment is more than three times our top solar investor council to date; Forest Heath in West Suffolk. One of Warrington’s 27MW solar farm will be based in Hull and the other 37MW farm, with battery storage, will be in York, with power sleeved back to Warrington. Both schemes have been signed off and will be operational next Autumn. While the primary driver for the council was the low-carbon imperative, the investment will also help to provide stable energy costs, saving around £1 million per annum – vital for supporting hard-pressed frontline services.

We urge local authorities to look very carefully at the opportunities presented by solar farms, where they are in a truly exceptional position to establish attractive and secure Power Purchase Agreements (PPAs) from either commercial or their own solar developments for their extensive estates. Our new analysis on the economics of large-scale solar released before Christmas shows that LCOE costs are even lower than BEIS anticipated in 2016 at, on average, around £50-£60MWh (albeit with frustratingly notable variation on grid connection costs). Next year the Solar Trade Association will be doing significant work on PPAs, where the market is expected to recover, with an estimated 600MW of new market-competitive large-scale capacity expected to be delivered in 2019.

Higher local new-build standards gather pace
Leading Lights quoted Ministers in the House of Lords in 2017 clarifying that local authorities are able to set higher new build standards. Any councils that were still nervous about flexing their muscles on new build, should now be firmly reassured by the government’s response to the National Planning Policy Framework (NPPF) consultation in July 2018 which states that: “The Framework does not prevent local authorities from using their existing powers under the Planning and Energy Act 2008 or other legislation where applicable to set higher ambition. In particular, local authorities are not restricted in their ability to require energy efficiency standards above Building Regulations.”

We urge all local authorities to take note of this and we strongly recommend councils who have not already implemented higher new build standards look at the new policies by Milton Keynes Council going through the approval process. The impressive Plan:MK policies include a 20 per cent reduction in carbon emissions from onsite renewables, on top of a 19 per cent carbon reduction over national building standards. The proposals are currently with the Planning Inspector, with a final report likely in January and adoption likely in March.

As we demonstrated in Leading Lights, some councils are already requiring specific developments to be built to zero carbon standards today. This attractive EcoTown development in Bicester, a multi-phase development, led by Cherwell District Council, features homes built to produce zero or negative emissions (meeting a minimum of what was the Code for Sustainable Home level 5). The homes pictured were developed this year in phase 2 of the build by developers Hill and they feature solar arrays from 2.5kW to a very chunky 5.5kW with integrated panels by Viridian Solar and installed by Photon Energy. It makes economic sense to make full use of the roof space for solar, and indeed, to consider optimising solar potential at the design stage. While all improvements in building energy performance standards are welcome, it has long been a source of frustration in our industry to see a token solar installation on a new rooftop, when it is relatively little extra cost to deliver a good sized scheme. Our technical paper Solar for Housebuilders includes a detailed explanation of why this is so.

The decision this Autumn to free up local authorities to invest in new social housing with the removal of the Housing Revenue Account cap is good news. The Local Government Association wants to see 100,000 new social homes built by councils, which they estimate could result in a huge boost to the economy of £320 billion. While this is not a silver bullet to the UK’s severe housing crisis, councils are moving quickly to take advantage of the cap lift; a snap shot survey suggested over 90 per cent already plan to borrow more against their housing revenue account, with Hounslow, Hackney, Nottingham City Council, Leicester and many more already announcing plans for hundreds of new build homes or the acquisition of former council homes as well as private homes.

Ensuring high buildings performance and onsite renewables will cut outgoings for vulnerable tenants. Leading Lights features the first council homes to be built by Cambridge City Council in 20 years, which benefit from rooftop solar. With councils set to move into the developer space, the potential for innovative building approaches to deliver low or zero carbon homes is truly exciting. Building in high volumes will further cut the cost of installing low-carbon technologies. The Solar Trade Association would be delighted to hear from any councils with bold ambitions to build zero carbon social housing – let us know if we can help. 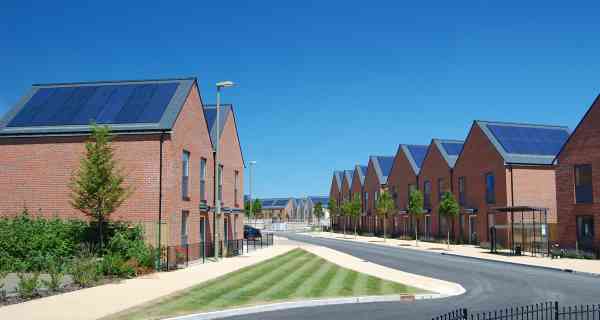 Retrofits for domestic solar – proactive local councils outwit Westminster
This time last year the outlook for domestic solar retrofits presented the greatest concern for the association. However, despite very unhelpful policy plans from Westminster, developments at the local level this year are hugely encouraging and show that where local authorities are proactive, poor policy from central government can be successfully overcome. We have been delighted with the take up of the Solar Together scheme, run by our members iChoosr in partnership with local authorities and the GLA.

iChoosr’s approach enables the collective purchase of large volumes of solar, with households registering their interest in advance and installers competing to install bulk volumes which enable very attractive cost reductions. Five London boroughs participated in the first round in London with more than 3,850 households expressing initial interest and over 1,000 accepting the winning offer which was a staggering 35 per cent below market prices. Furthermore, 13 London boroughs took part in the second round of Solar Together, resulting in a further 1,250 rooftop schemes. Essex County Council, Suffolk County Council and Norfolk Council have also run the Solar Together scheme in 2018 which is expected to deliver over 8MW of solar over 2,400 installations.

This proven approach, which gives households the confidence of securing both a quality installation, with the comfort of redress should it be needed, also makes relatively little demand on stretched local authorities. We strongly urge all local authorities to run collective purchase schemes, which overcome the the loss of the FIT next April and which help rebuild the high volume markets the solar industry needs to cut costs.

Sadly we are having to fight off wholly inappropriate proposals from BEIS to remove the export tariff payment from next year. The export tariff is not a subsidy; it is a fair market payment for power exported to the grid by smaller generators and fair remuneration for prosumers is now required under EU Law. We have been campaigning with 10:10, Community Energy England, the NFU and others to protect fair treatment for solar exports and we are pleased that the Energy Minister Claire Perry has agreed in the Commons that it would be ‘wrong’ for households to spill power to the grid for free. She said that ‘people who have gone through the installation process should not be essentially captive takers should someone want to buy their energy and I’m looking forward to announcing some further deliberations on this shortly’. We are working very closely with our members to provide a timely solution and we will run a webinar for local authorities on the post FIT framework in the new year.

Solar retrofits for social housing
Once again local initiatives light the path forward for solar retrofits on social housing. The economics of domestic solar are undoubtedly tight, but new models are emerging that enable councils to install solar across social homes at no cost, while delivering both significant benefits for tenants as well as for carbon savings. The innovative approach taken by Solarplicity, set out in Leading Lights, went live in December 2018 with Stoke-on-Trent City Council opening up its community energy scheme to social housing landlords across the county following a successful pilot. Over 3,500 social housing tenants have signed up to the scheme which sees them sign up to Solarplicity as their power supplier who will fund, install, operate and maintain solar, LED lights, smart meters and even battery storage at no cost to the tenant or council. More details on how the scheme works are set out in Leading Lights. Tenants can benefit to the tune of around £300 per annum, while the council’s housing stock benefits from additional Standards Assessment Procedure points towards its over Energy Performance Certificate rating, as well as attractive cuts in carbon.

These are just some of the top highlights of 2018 with valuable lessons for the whole public sector.  There are many more; City of London Corporation’s commitment to sourcing 100 per cent of its power from renewables in 2018, Hackney Council committing to obtaining 100 per cent renewable energy and more market competitive solar farms in Cardiff, Leicester and beyond. The Solar Trade Association’s low cost Leading Lights Local Authority Network exists to spot and spread best practice and we urge authorities to join us so that we can work together to keep the UK’s clean energy revolution on track, with more of the benefits of energy generation accruing directly to local people. As global emissions resume their upward rise, what could be more important? 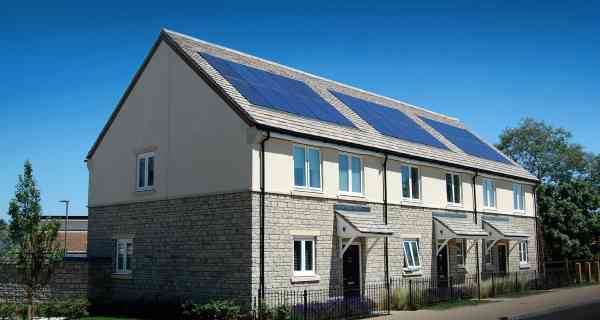