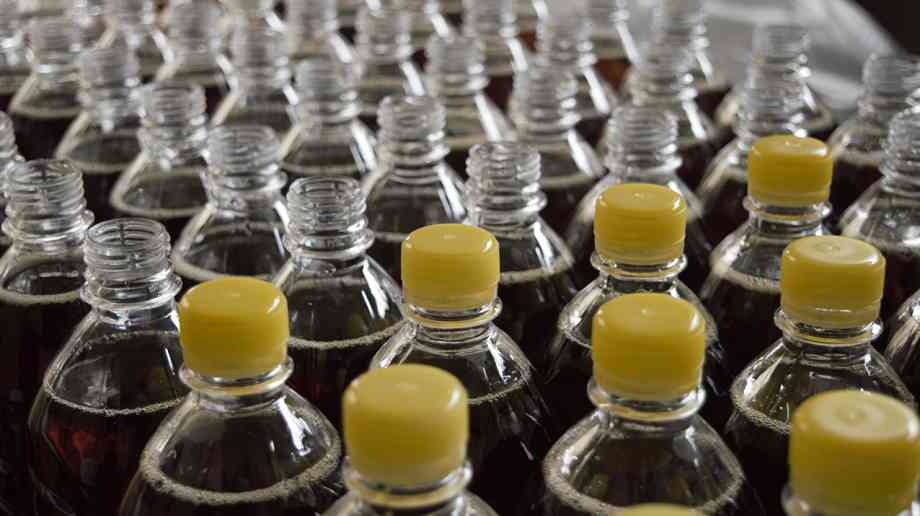 How taking back your empties will transform recycling in Scotland

If you’re doing your weekly shop in Scotland in a couple of years’ time, you’ll see an unfamiliar sight. People won’t just be taking their shopping away with them – they’ll be bringing a part of last week’s shop back at the same time.

The reason for the change is Scotland’s Deposit Return Scheme, which will play a crucial role in the fight against climate change by encouraging more and better recycling.

At its heart is a simple idea. When you buy a drink, whether that’s a soft drink or a bottle of wine, you pay a 20p deposit for the bottle or can that it comes in. You get your money back when you return the container to a collection point to be recycled. That 20p deposit acts as a powerful incentive for people to do something good for the environment.

Scotland’s scheme is designed to meet the needs of the country, but we’ve taken inspiration and guidance from the many successful schemes already operating elsewhere. The scheme is ambitious in the scope of materials to be included. Following extensive consultation and review of evidence from existing schemes abroad, Scotland’s scheme will include PET plastic bottles – used widely for soft drinks – glass bottles and aluminium and steel cans.

It has also been designed to be easy and accessible. All retailers that sell drinks will be part of the scheme. This will make sure that all consumers, wherever they live, are able to access a local return point. Since you'll be able to return your empties to wherever you bought them from, cutting your carbon footprint will be as easy as doing your weekly shop.

Pushing against an open door
For Zero Waste Scotland, the announcement was a milestone in a long journey. We first started scoping out the policy in 2015 and have been advising the Scottish Government on its design since the First Minister announced her intentions to introduce a scheme in 2017.

The scheme published in May followed considerable public consultation. Last year, Zero Waste Scotland undertook public engagement events in each of Scotland’s 32 local authorities. It became pretty clear that, as far as the public is concerned, we were pushing against an open door.

Whether it’s been the Blue Planet effect or the galvanising influence of Greta Thunberg, more and more people are calling for action to tackle the climate emergency we face. Scotland’s scheme will reduce emissions of CO2eq by an average of around 160,000 tonnes a year. That’s the equivalent of taking 85,000 thousand cars off the road, making an important contribution to that goal.

Educating and engaging the public will be key to delivering a high capture rate. But stakeholders – from drinks producers, to retailers, to local authorities – will have an equally crucial role to play.

Not long after the announcement was made, we held an event at Edinburgh’s Royal Botanic Gardens to set out more detail on the scheme and answer stakeholders’ questions. Looking around the room at the broad range of attendees really put the scope of the policy in perspective. To see representatives of local authorities and waste management, brewers and distillers, supermarkets and newsagents, airports and environmental charities all gathered in one room shows how many people have a stake in this.

Zero Waste Scotland has involved stakeholders throughout this process. But there’s a sense of excitement at being able to talk with them about the details of the scheme that we’ve been working on for so long and to shift gears towards making it happen.

Delivering a scheme that is as ambitious as what has been set out will require extensive planning and the contribution of industry. That’s why the Implementation Advisory Group has been set up. The expertise contained on that group is one of the reasons that we’re so confident that this will work – it includes representatives of sectors that are already involved in schemes across the world and their experience will be invaluable.

A change in mindset
It’s also important to remember that deposit return on its own cannot deliver the transformation to a circular economy that Scotland is looking to achieve. While deposit return might be hitting the headlines at the moment, we can’t forget the role of kerbside recycling. Well-functioning kerbside recycling will be essential to meeting our wider ambitions for recycling in Scotland. And deposit return isn’t the only policy change on the horizon – the Scottish Government has also been clear that the forthcoming extended producer responsibility (EPR) reforms and deposit return will need to work hand in glove.

Deposit return is representative of change in mindset. People will still be buying the drink like they always did. But they’ll really only be borrowing the bottle. The shift to shared responsibility for resources is something that Zero Waste Scotland wants to see embedded across Scottish society and economy much more widely.

That change can be small scale. Not far from our offices in Stirling, a local tool library gives people the chance to borrow a power tool to help them put together flatpack furniture or undertake some repairs without necessitating every household having one gathering dust for the other 364 days of the year.

It can also be large scale. Zero Waste Scotland’s Circular Economy Investment Fund is investing £18 million in circular economy and resource efficiency projects, thanks to support from the European Regional Development Fund. One of the many businesses to benefit from that support is EGG Lighting, who produce energy efficient lighting. Rather than owning the fittings and bulbs themselves, customers pay EGG for a smart, energy-saving lighting service.

This approach – known as ‘product as a service’ – is one strand of Scotland’s growing circular economy. The circular economy is about maximising the lifespan of products and resources and making things last. Scotland’s deposit return scheme will have a role to play in this too. By collecting separated streams of glass, plastic and aluminium for recycling, the scheme will generate a steady stream of high quality and high value recycled materials. This will be a benefit to industry based in Scotland, which has an increasing demand for recycled materials of high quality.

If we’re going to tackle the climate emergency, then many of our habits will change. Scotland’s deposit return scheme is an example of how that can be done in a way that is easy, accessible and will have real impact. It’s our challenge to try and replicate that kind of transformation for all of our resources. 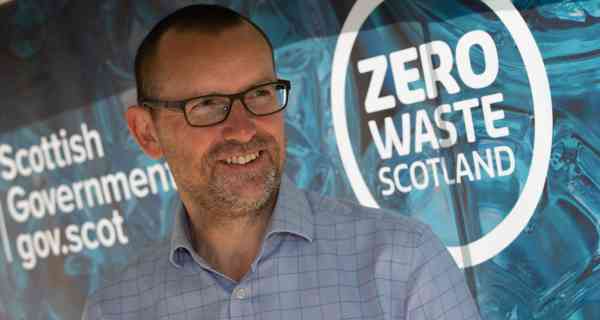