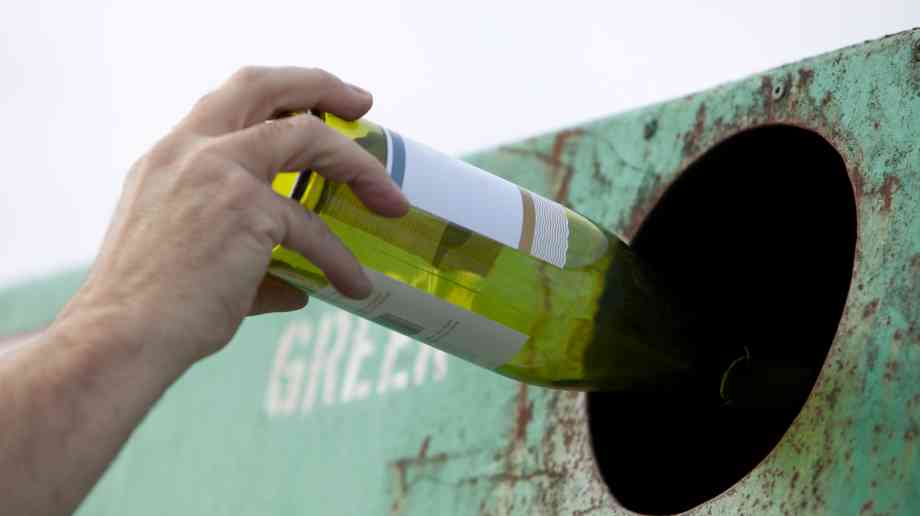 In December 2018, the government launched its Resources and Waste Strategy, the first for many years. Among a range of options for preventing waste and creating a genuinely circular economy was the announcement of plans to introduce a consultation on a Deposit Return Scheme for England. Here Richard McIlwain, Keep Britain Tidy’s deputy chief executive, explores the impact that such a scheme could make on the litter than pollutes our country

Few people can fail to notice that we have a problem in this country with litter. Take a walk anywhere and it’s likely that you’ll soon come across the first signs of our throw-away society. The issue of littering is far more than aesthetics and untidy places. It creates a substantial economic, social and environmental cost and impact on our society. Every year local authorities spend around £700 million on street cleansing alone, a bill that is likely to be closer to £1 billion when the cleansing undertaken by private land owners is factored in and, despite this, we still suffer from substantial littering and plastic pollution. Imagine how our landscape would look without this expenditure.

Beyond the cost to the public purse, Keep Britain Tidy’s own research illustrates that the less affluent areas of the country can be up to ten times more littered that wealthier areas and littering causes untold damage to wildlife and domestic pets, with the RSPCA receiving around 5,000 reports of injuries to animals caused by litter every year.

How do we turn the tide on this sea of litter, much of it plastic, which pervades our environment?
In many ways 2019 may prove a pivotal year within the environmental movement. It has been the year of Greta Thunberg; the year of young people taking action for themselves; the year in which Parliament and more than 260 local authorities declared climate emergencies. It is also the year in which the government introduced the long-awaited Environment Bill which, among other measures, contains the enabling legislation allowing introduction of a deposit return scheme for drinks containers in 2023.

For several years now, Keep Britain Tidy has been campaigning for the introduction of such a scheme and to understand why, it’s necessary to understand some of the context. Every year, Keep Britain Tidy undertakes a national litter survey, recording litter levels on 7,200 sites across the country. From this survey we know that soft drinks containers are found on more than half of all sites surveyed, while alcoholic drinks containers are present on around 25 per cent of sites.

In addition to being commonly littered, the eye-catching colours and design of these packaging items makes them highly visible on our streets. Keep Britain Tidy’s research illustrated that this fact alone can encourage more littering. In our ‘Beacons of litter’ research we cleansed three discrete locations of all litter. A control was left clean, a second site had smaller items of litter placed including tickets and receipts and a third had larger ‘beacons’ of litter placed including drinks containers and fast-food packaging. The largest percentage of people subsequently littered under the ‘beacons’ condition and, perhaps most tellingly, 54 drinks containers were littered on the beacons site compared to only one container on each of the other two.

And finally, in terms of driving rapid public behaviour change, there is an increasing body of evidence that charges, deposits and taxes have clear role to play. Keep Britain Tidy campaigned for the introduction of the 5p charge on single-use carrier bags, which has led to an 87 per cent reduction in use and while charges, deposits and taxes clearly have a role to play in influencing sustainable business decisions, when aimed at the consumer they have the potential to deliver large-scale behaviour change.

All of this suggests that we should be putting in place an intervention focused on preventing littering of packaging that is commonly littered, highly visual and where evidence suggests that applying an economic incentive drives behaviour. A deposit return scheme for drinks containers is a perfect example of such an intervention.

Currently operating in more than 40 regions across the world, well-designed deposit return schemes have been shown to increase collection of drinks containers for recycling to over 90 per cent, while being popular with the public. There is also some evidence that they not only reduce littering of drinks containers but also damp down littering of other items. Based on analysis of schemes operating elsewhere, there are some clear elements that should be employed when designing a new scheme to ensure high rates of public engagement.

Keep Britain Tidy would prefer to see delivery and management of the scheme via a central ‘Deposit Management Organisation’, set up on a not-for-profit basis and operating with full transparency in terms of reporting accurately on the amount of drinks container packaging put to market, the flows of finance around the system and, of course, the collection and recycling performance.

The scheme should be designed as an inclusive ‘all-in’ system, which allows drinks containers of any size to be redeemed, particularly in view of the fact that around 13 per cent of plastic drinks containers recorded in Keep Britain Tidy’s litter survey are greater than 750ml in size. In addition, all materials used in drinks packaging should be accepted including plastic, aluminium, cartons and glass to both aid in public understanding of how the scheme works and avoid producers switching to non-deposit bearing packaging as a means of avoiding additional costs.

Some retailers have expressed concerns about collecting glass on safety grounds, however, glass is successfully collected in many other regions across the world and clearly presents a real risk of injury to humans and wildlife when littered. In addition, given that the type of virgin sand used for glass manufacture is in short supply, creating a circular economy for glass has to be a priority. Indeed, any switch to glass by manufacturers as a result of it not attracting producer fees or the deposit would result in an increase in greenhouse gas emissions as a result of transporting heavier containers around the country.

At the heart of the scheme is the application of a small deposit that is paid by the consumer at the point of purchase and can be redeemed by subsequently returning the drinks container. Different models for return of containers are in evidence around the world, however Keep Britain Tidy prefers a ‘return to retail’ model, where the container can be returned to any retailer who sells the drinks in the first place, making it easy for the consumer to engage with the scheme.

In terms of collecting bottles, Reverse Vending Machines are increasingly used in many regions. These machines come in a variety of sizes, can be installed in stores and other retail locations and allow the consumer to quickly and efficiently return bottles, which are automatically sorted and stored for collection. The consumer receives a token equivalent to the value of the deposit bearing containers returned that can then be redeemed for cash in-store. Smaller retailers may choose to simply deploy a bag behind the counter for collection of containers, which is then security tagged and collected.

Of course, the new central organisation, infrastructure and logistics will need to be financed. Keep Britain Tidy contends that the scheme should be funded through application of a fee for every drinks container put to market. The fees would be payable by all producers who place on the market drink products in containers within the scope of the deposit return scheme.

Additionally, the scheme would receive income from subsequent sales of the recycled containers and retain income from un-reclaimed deposits, for instance where someone puts a deposit-bearing container in their kerbside collection. Defra’s own impact assessment suggests that the costs of implementing such a scheme would initially cost around £1 billion, falling to around £800 million per annum, which based on the sources of funding above, could equate to around 0.4p per drinks container. Assuming some or all of this cost is passed on to the consumer, we believe this is small price to pay for a scheme that turns back the tide on plastic pollution and creates a high-quality, clean stream of recycled material that can be used in new drinks containers, particularly pertinent when industry will need greater volumes of recycled content, in light of the government’s plans to tax plastic packaging put to market that doesn’t contain at least 30 per cent recycled content.

In addition, public backing for introduction of a scheme is high, with a recent YouGov survey commissioned by CPRE, the countryside charity indicting that more than seven out of ten people want to see a scheme introduced.

A new opportunity
Surveys in Scotland have shown similar levels of public support and indeed all eyes are currently on Scotland as their plans to introduce a deposit return scheme are well advanced with implementation planned for 2021.

Of course, we do already have an established kerbside recycling collection services and many drinks containers are recycled at home. Some local authority bodies have suggested that the transfer of plastic and aluminium drinks containers to a new deposit return scheme would lead to a loss of revenue, as local authorities would no longer be able to sell this material on. However, research undertaken through a consortium led by Keep Britain Tidy illustrated that the loss of drinks containers from kerbside recycling to a separate deposit return scheme would actually create financial savings of around £35 million across England, thanks to a reduction in drinks containers thrown into residual waste bins and savings in transport and sorting at Materials Recovery Facilities. In addition, government has recently consulted on a proposal to introduce Extended Producer Responsibility for packaging which, if adopted, would transfer the costs of kerbside collection and recycling from local authorities to producers and manufacturers.

In summary, we must remember that deposit return schemes are currently operational around the world and in EU countries such as Norway, Denmark, Estonia and Lithuania have all successfully introduced schemes and collect more than 90 per cent of the drinks containers put to market.

In the wake of Parliament and over 260 local authorities declaring a climate emergency and the issue of plastic pollution becoming ever more pressing, we have the opportunity here in England and the UK to learn from the best schemes currently operating and introduce a world-leading initiative delivering real and positive reductions in plastic pollution, greenhouse gas emissions and harm to our wildlife. We should not delay and ensure that the target for introduction into England in 2023 is delivered as planned.