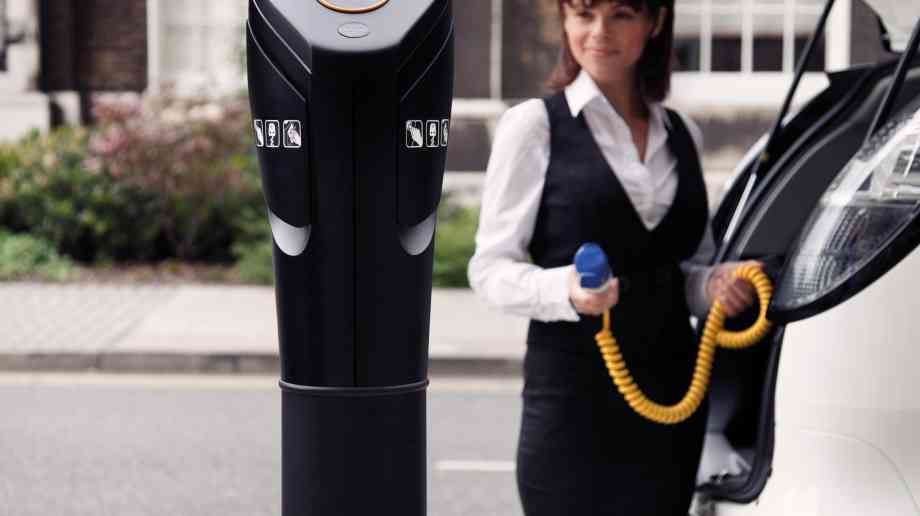 Cost management is the number one priority for all in the public sector and that includes the company car arena and where employees use their own cars on work-related journeys.George Osborne, Chancellor of the Exchequer, gave the clearest indication in his recent Autumn Statement and Spending Review that there was to be no relaxation in the tightness of the public sector purse strings.

Company cars remain a popular employee benefit and, although numbers have steadily declined over the years, the brake has been applied to that reduction. The most recent data from HM Revenue and Customs reveals that total numbers are static with 940,000 employees paying company car benefit‑in‑kind tax. What’s more those numbers could increase with salary sacrifice car schemes becoming increasingly popular across the public sector as employers seek to strengthen their employee benefit schemes. Company car benefit-in-kind tax rates are known until the end of the 2019/20 financial year, and they rise year-on-year.

Government financial forecasts highlight that the amount of revenue it will raise from company car benefit-in-kind tax and employers’ Class 1A National Insurance levied on benefits-in-kind will rise significantly in the coming years due to the increases already announced. From collecting around £2.3 billion in 2015/16, the amount raised will increase to more than £4 billion in 2019/20.

Therefore, to keep costs in check it is vital that employers select the lowest emission cars, whilst continuing to ensure they remain fit-for-purpose. What’s more, the lower a car’s carbon dioxide (CO2) emissions the better its MPG thus delivering fuel bill savings.

Since the advent of the CO2-based company car tax system more than a decade ago, diesel cars have faced a three percentage point penalty. As long ago as the 2012 Budget, the Chancellor had signalled that the supplement would be removed from 2016/17 putting ‘oil burners’ on an even tax footing with their petrol-engined counterparts.

However, in an unexpected move the Chancellor used the Autumn Statement to reverse that three-year-old decision. Amid the ongoing furore over the relevance of the current new vehicle emissions testing regime and moves at a European level to introduce a system linked to real world driving, the Chancellor said the three per cent supplement would be retained until April 2021.

r Osborne told the House of Commons that the supplement would be retained until new European Union-wide emissions testing procedures would ensure new diesel cars met air quality standards even under strict real world driving conditions. That decision is a blow to both company car drivers and employers who thought they would make savings in benefit-in-kind tax and Class 1A National Insurance contributions respectively as a consequence of the supplement being axed.

Nonetheless, while diesel power has been the dominant fuel source for fleets, reducing annual fleet mileage and improvements in the MPG of petrol-engined company cars means that it is essential that businesses don’t always assume it is the most cost-effective choice.

Furthermore, amid claims that ‘carcinogenic diesel is the biggest culprit’ in the fight to improve air quality and reduce vehicle pollution, potential measures to reverse the ‘dieselification’ of the UK car parc are being discussed by legislators.
clarity in air quality

The Department for Environment, Food and Rural Affairs’ (DEFRA) recently published a consultation document on draft plans to improve air quality in towns and cities across the country. Proposals includes the nationwide roll-out of Clean Air Zones or Low Emissions Zones, as already seen ringing London with an Ultra Low Emission Zone due to be introduced in the capital’s centre in September 2020.

Although individual local authorities will be left to decide whether to introduce Clean Air Zones in their respective areas, the government intends to develop a framework that aims to provide clarity and consistency of approach as opposed to the current city by city approach.

That means that if a network of emissions‑based urban access controls develops across Britain, fleets and individuals will be able to make vehicle decisions against consistent criteria. DEFRA intends to set out the full framework for Clean Air Zones in early 2016 and will work closely with local authorities. Another key policy across government and highlighted in the consultation document is the increasing electrification of company car fleets.

The government is making millions of pounds available to public sector fleets – as well as the private sector – to encourage demand for plug-in vehicles and is also investing in a recharging infrastructure. It has already said that by 2040, all new cars and vans will be ultra-low emission vehicles delivered by a variety of technologies, including plug-in hybrids, pure electric vehicles and hydrogen – both Hyundai and Toyota have cars fuelled by the latter on UK sale.

The UK is the fastest growing market for electric vehicles in Europe spurred on by a government with a long-term commitment to ultra-low carbon motoring – and it is the corporate sector that is leading the charge. Plug-in car registrations accelerated rapidly over the first 10 months of 2015, growing almost 120 per cent year-on-year to 22,820 units, according to data from the Society of Motor Manufacturers and Traders.

While that figure represents a tiny fraction of the 2.27 million new cars registered in the first 10 months of 2015, it signals an accelerating trend for 100 per cent electric and hybrid (petrol and diesel) electric models. From city run-arounds and family hatchbacks, to 4x4s and sports cars, there is already a wide range of vehicles to meet corporate and employee demands. There are currently 27 plug-in models eligible for government grant aid up to £5,000 and fleet choice will continue to further increase with an additional 40 models expected to come to the market over the next three years, according to the Department for Transport.

There are also nine light commercial vehicles that qualify for the government’s plug-in van grant of up to £8,000 but sales, while rising, extend to under 1,000 vehicles in 2015. Supporters of electric vehicles point to their ability to deliver financial savings versus conventionally powered models as well as making reductions in organisations’ carbon footprints as a policy of good corporate citizenship.

Benefit-in-kind tax
Fleet best practice dictates that vehicle operating choice decisions should be based on whole life costs because they provide the best forward estimate of the real costs to a fleet, in delivering business mileage, over a replacement cycle. Never has that been more important than in respect of plug-in vehicles where, despite, their higher P11D values, electric vehicles are potentially cheaper to operate than some conventionally powered vehicles. That is principally due to cheaper fuel costs with the Department for Transport calculating that electric vehicle running costs are as low as just 2p a mile versus 12-18p for a petrol or diesel car.

However, industry evidence from data providers also suggests that electric vehicles deliver service, maintenance and repair savings averaging 40 per cent versus petrol/diesel models due to reduced labour content and savings on engine oil and oil and fuel filters. Plug-in hybrids deliver savings closer to 20 per cent-25 per cent versus internal combustion engine models.

Even though company car benefit-in-kind tax rates on zero-emission cars, which were zero per cent in 2014/15, will reach 16 per cent in 2019/20 in the right corporate application they deliver cost-saving alternatives to conventional powertrains. It was recently estimated that there were 14 million ‘grey fleet’ vehicles on the UK’s roads (Lex Report on Company Motoring 2015), and many of those cars are driven by public sector employees.

Industry surveys and reports frequently highlight that: from an occupational road risk management perspective the roadworthiness of those cars is rarely checked by employers; and they were older, larger and less fuel-efficient and almost certainly not equipped with the very latest safety features, when compared with company cars.
Additionally, some years ago the then Office of Government Commerce, an independent office of HM Treasury, launched a campaign aimed at raising the profile of the issues and opportunities presented by managing the ‘grey’ fleet, as well as helping organisations and employees adopt safer, more cost effective and sustainable forms of travel.

The report highlighted that in many cases allowing employees to use their own cars on business trips and reimbursing mileage was more expensive to public sector fleets than using alternatives such as company cars, car hire and public transport.

Cost management in respect of car travel starts before a mile is clocked up. Public sector organisations must chose tax and fuel efficient company cars based on whole life cost figures – and not list price, lease rate or a monthly allowance – and reappraise the rules around ‘grey fleet’ travel. Too often, employees ‘create’ journeys to boost their income.

Effective management of those who drive for work whether in a company or privately‑owned vehicle is an important element of general management – if it isn’t addressed properly, the negative impact on budgets can be very significant; and that’s without even mentioning duty of care, the environment and a myriad of other in-life vehicle factors.