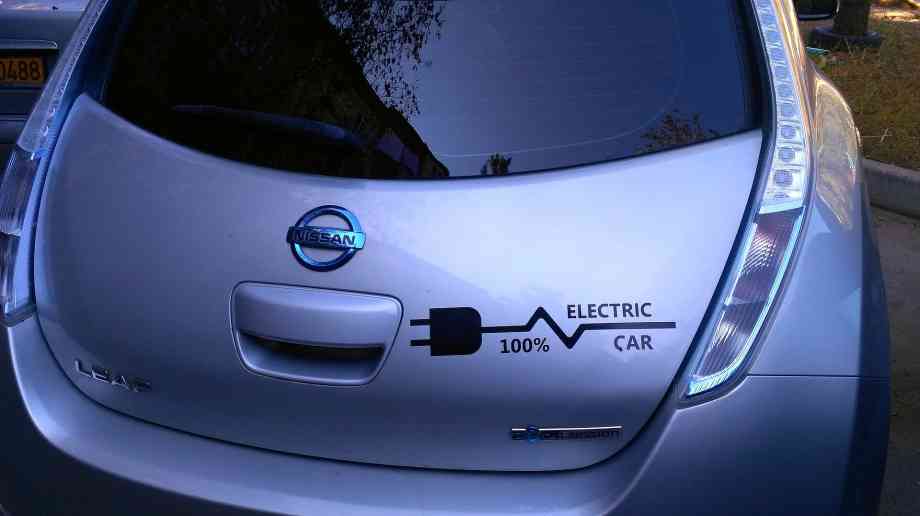 A changing climate for fleet managers

Andy Eastlake, managing director of the Low Carbon Vehicle Partnership, looks at what the increased focus on our climate emergency means for those looking to green their driving experience

You’d need to have been on a long retreat, or avoiding the news (understandable, perhaps, in the current circumstances!) not to have noticed the increased focus on tackling the climate and air quality emergencies over recent months. Greta Thunberg’s zero carbon voyage across the Atlantic, the school strikes and Extinction Rebellion protests have coincided with further stark warnings from scientists about the state of our climate, air and planet and the prospects for humans and other species.

Growing public pressure has resulted in the government adopting proposals from the Committee on Climate Change (CCC) and enshrining a Net Zero greenhouse gas emissions target for 2050 into UK law as well as committing to a new Environment bill. Some other countries are following suit and Scotland and Wales have either declared, or are in the process of evaluating, the implementation of earlier Net Zero targets. While it’s unlikely to make the General Election manifesto, delegates at this year’s Labour Party conference voted for the introduction of a 2030 Net Zero target.

Linked to the Net Zero 2050 objective, the government (in its Road to Zero strategy) has already announced that it expects that the large majority of new cars and vans sold from 2040 to be zero emission vehicles. At the recent Conservative Party conference, the Transport Secretary mooted the prospect of bringing that target forward to 2035.

Even the language around climate issues is changing. One leading national newspaper has announced it will henceforth refer to ‘global warming’ as ‘global heating’ and rather than 'climate change' the preferred terms will be 'climate emergency' or 'climate breakdown'.

So, what does all this mean for fleet managers and business vehicle operators?
It’s clear that change is coming fast…and it may come faster than you expect. Indeed, many voices are calling for it to happen faster than currently seems possible. Against this backdrop one would maybe expect a significant ramping up in policies designed to accelerate the electric vehicle market, and indeed the CCC was very clear that this must be the case if we are to make the rapid progress needed.

Some recent policy has been pulling in the opposite direction; when the continued freeze on fuel duty and unambitious VED decisions, combined with reductions to the Plug-in Car Grants were announced in late 2018 and we saw overall plug-in car sales rates drop in the first half of 2019 we were not surprised.

While sales of plug-in electric vehicles have been running at only around two per cent of the new car market in recent months and while we are aware of restrictions in supply and long delivery times, we know that there are a lot of new products coming to the market. Manufacturers are also under intense pressure to meet European targets to reduce average new car CO2 emissions to 95g/km by 2020/1. These regulations offer extra credits for the sale of plug-in cars and, if they are to avoid fines, the manufacturers will have to raise sales volumes considerably. Independent analysts suggest that this means that manufacturers are gearing up to ensure that around five per cent of vehicle sales are of the plug-in variety in 2020, rising to 10 per cent in 2021.

It was a great blessing then, when the recent announcement on Company Car Tax meant that zero emission models will pay no tax in 2020/1, one per cent in 2021/2, before returning to two per cent in 2022/3. This coincided with the delivery of a plethora of Tesla Model 3’s into the UK market which culminated in pure battery electric car sales effectively doubling in August and September and overtaking the plug-in hybrids (PHEVs) for the first time in five years.

The benefits of driving electrically have long been understood by the passionate minority but now seem to be gathering mainstream traction with traditional motoring media and, hopefully, with the public at large. The LowCVP is working with other stakeholders to help ensure that car buyers can appreciate the significantly lower costs of vehicle ownership which, in many cases, can more than offset higher purchase prices or monthly lease costs. Already, for many people, an electric car is the best environmental and financial choice.

In addition to the Plug-in Car Grant, there are a range of incentives to encourage the installation of effective recharging facilities which is perceived as one of the major barriers to uptake (though growing vehicle range capabilities are now somewhat offsetting this concern). Of particular interest to employers with sizeable fleets will be the Workplace Charging Scheme and, possibly, the Electric Vehicle Home Charge Scheme. There are also specialist grant schemes to encourage the uptake of greener buses (the Ultra-Low Emission Bus Scheme) and for infrastructure to support for taxis and private hire fleets (ULEV Taxi Infrastructure Scheme). We now also have the first trucks eligible for the extended Plug-in Van Grant and, under Clean Air Zone (CAZ) schemes, funding to support the retrofitting of existing vehicles to reduce emissions to Euro VI levels. The official support available for vehicles of all types is probably now greater than it has ever been (and likely can’t last forever!).

For infrastructure, the Office for Low Emission Vehicles (OLEV) has been running a consultation to inform a strategic view of what a national electric vehicle charging network should look like. The findings are due to be published this autumn, but we can speak from a position of knowledge that there is a joined-up and strategic approach underway to build an energy system to support a future of mass electric vehicle uptake.

Leading from the front
Given this public pressure, government policy and support, fleet operators working in the public sector will be expected to lead from the front. Last year’s Road to Zero strategy set out a commitment to make all central government cars electric by 2030, electrifying at least 25 per cent of the fleet by 2022. Many local authorities, regional public bodies and others are making their own commitments based on local circumstances. The Welsh Government, for example, has set a challenging ambition to have a zero-emission bus, taxi and private hire vehicle fleet by 2028.

National incentives are increasingly being backed up by local measures, many of them targeting local air pollution but driving fleet operators and car buyers in a similar direction. London’s Ultra Low Emission Zone (ULEZ) has been successfully introduced with what seems only minimal opposition. The first four months of the scheme have resulted in a third fewer polluting vehicles entering the Zone than in the same period before the scheme’s introduction.

There have been administrative delays in the introduction of the first planned Clean Air Zones (CAZ) which will charge for access in Leeds and Birmingham, but these are likely to be enforced next year and other low emission and Clean Air Zones that will limit access to older and dirtier vehicles are likely to be coming down the road. Operators of fleets needing access to these areas need to stay abreast of these and related local developments or, better, ensure that they are future-proofed by operating vehicles that meet all the likely requirements which, in several cases, could be zero emissions in the medium-term.

For some operators, particularly of commercial vehicles, the cost of introducing new vehicles before the normal replacement cycle may be prohibitive. Operators needing, or likely to need, access to the ULEZ, CAZ or other low emission zones should consider the Clean Vehicle Retrofit Accreditation Scheme (CVRAS)  which has been designed by the LowCVP and which is operated by the Energy Saving Trust.

With so much choice and change afoot, it can be daunting for fleet managers to know what options might best fit and when to make the jump. This is where the LowCVP guides its members and experience (and our colleagues in the Energy Saving Trust team) can help. Our role in developing the evidence for government policy gives us a unique insight into how different technologies actually operate in the real world.

The LowCVP’s Clean Vehicle Technology Guide provides an in-depth explanation of the proven retrofit technology solutions and suppliers that have been approved under the CVRAS, demonstrating - over a robust and representative test cycle - that they can help existing vehicles achieve Euro 6/VI-equivalent emissions levels.

For van and taxi operators the LowCVP has produced similar guides to support operators and inform them about the options available. The Low Emission Van Guide and Low Emission Taxi Guide, for example, are both available through the LowCVP website, providing links to the key sources of information. Coming later this year will be our guide to renewable transport fuels, an often overlooked but potentially very significant contributor to reducing carbon impact in the very near term because of its application across the entire road vehicle fleet.

So, change is coming and likely to come fast. There are many good reasons to make the transition and significant support for those who take the initiative to do so as soon as they reasonably can.