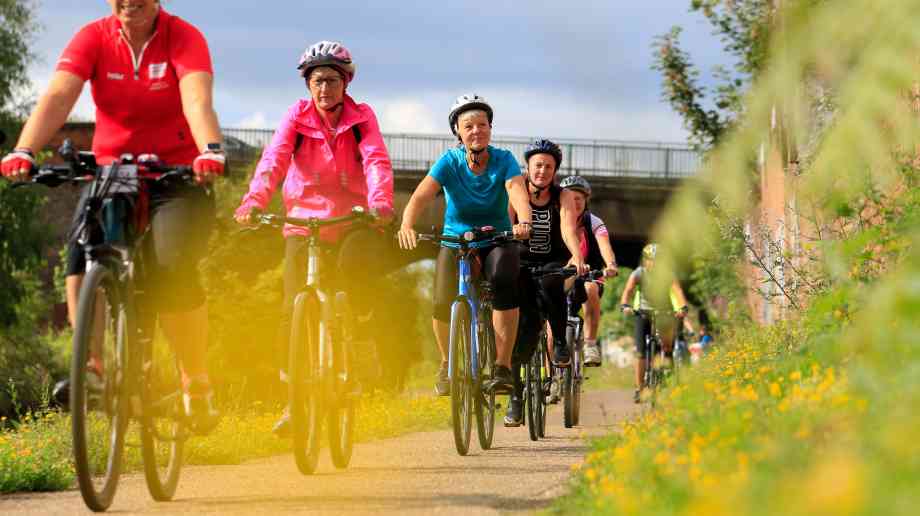 Making cycling accessible for all

Rachel White, head of Public Affairs at Sustrans, discusses the socio-economic gap in urban cycling, as well as cities’ actions to reduce car use and traffic emissions

Congestion, the climate emergency, air pollution, obesity and physical inactivity, unemployment, retail vitality. These are issues that every local authority faces across the country. They all have something in common: they can be improved by an increase in communities walking and cycling, and the reduction in car use that comes with this. But the benefits of cycling are not being spread fairly and social inequality exists. With local authorities under great financial pressure we are in danger of perpetuating existing inequalities rather than reducing them.

Transport poverty
The differences in levels of cycling in different socio-economic groups is compounded by the fact that there is often poorer public transport provision and fewer local amenities in disadvantaged neighbourhoods. This is coupled with 46 per cent of those in socio-economic groups D and E not having access to a car. This can increase the risk of transport poverty and stop people from being able to access job opportunities, recreational opportunities or other amenities that they need, such as healthcare.

The answer to this clearly isn’t more cars in already congested and polluted cities. The answer is access to affordable, clean, efficient and safe alternatives. The answer is public transport, walking and cycling.

If local authorities want to increase walking and cycling in their area and tackle the social and environmental issues they face, they need to do so equitably. This requires looking at the reasons why people may not cycle.

The main reason people don’t cycle, that traverses all social groups, is safety, with 37 per cent of people in socio-economic groups D and E concerned about it. The difference is that, as highlighted above, the often limited access to other modes of transport puts them at a greater disadvantage in terms of mobility and at a far greater chance of suffering transport poverty.

We all need to play a role in dismantling the image of a white male on a cycle as being ‘the cyclist’. Not every cyclist is on a mission to get a new Strava personal best on the way to work. Cycling is an activity that everyone, regardless of their sex, ethnicity, ability or background should feel safe and able to do. There needs to be more images of women, older, disabled and BAME people cycling in the media and advertising. 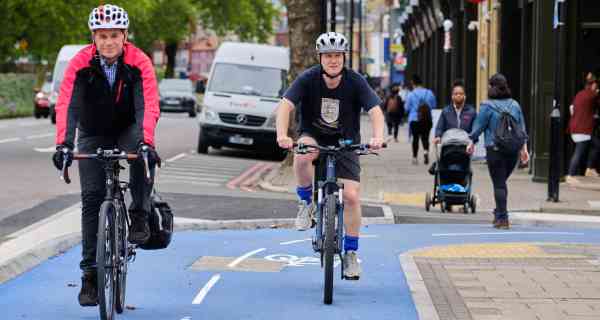 Actions for the government to level up cycling
Our findings follow the launch of the Marmot review last month which highlighted health inequalities and a decline in life expectancy for those on the lowest incomes. Transport poverty perpetuates this. Levelling up cycling means we need to tackle safety and make cycling a legitimate transport option for everyone. This is particularly important when we need to decarbonise our transport system.

Firstly, the government needs to show leadership and commit meaningful investment for cycling infrastructure to make it an easy and genuine option for more people. 77 per cent of those surveyed for Bike Life think that more cycle tracks along roads, physically separated from traffic and pedestrians would be useful to help them cycle more.

Second, we need to build high quality infrastructure. Currently only one per cent of households in Bike Life cities are within 125 metres of cycle tracks that are separated from traffic and pedestrians. Cycle routes should be physically separated from traffic on any road with a high density of traffic and high speeds (above 20 mph). Junctions should be reviewed to ensure they are safe for people who cycle, as this is where most accidents occur. On quieter residential streets, 20 mph should be enforced and methods to reduce the number of motor vehicles should be put in place to make the streets safer for people to walk and cycle.

Third, local authorities need to look at where infrastructure can best be built. 52 per cent of those surveyed wanted to see more cycle routes into city and town centres. These routes are clearly important and are likely to increase cycling rates the fastest but they primarily cater for a certain type of journey – the journey to work or to the city centre. They are less likely to create co-benefits such as reaching the least active, most deprived or part-time local workers.

These people often need to make shorter trips but more frequently in chains. For example, from the school to the local supermarket and back home. Therefore, it is really important to build routes to accommodate people who make different types of trips.

Routes in more deprived areas are likely to cost more upfront because they require a greater level of outreach and engagement from the local authority. But the financial and social benefits are much greater. Allowing more people to get on a cycle to access work is good for the economy. Increasing people’s access to friends and family whilst increasing their physical activity is good for their physical and mental health which is ultimately good for local health services. Helping people onto a cycle is also the cleanest way to address transport poverty, helping to tackle climate change and poor air quality.

Now the government needs to help more local authorities invest in cycling and to do it equitably so that maximum benefits can be realised.

To read the Bike Life 2019 report go to www.sustrans.org.uk/bikelife