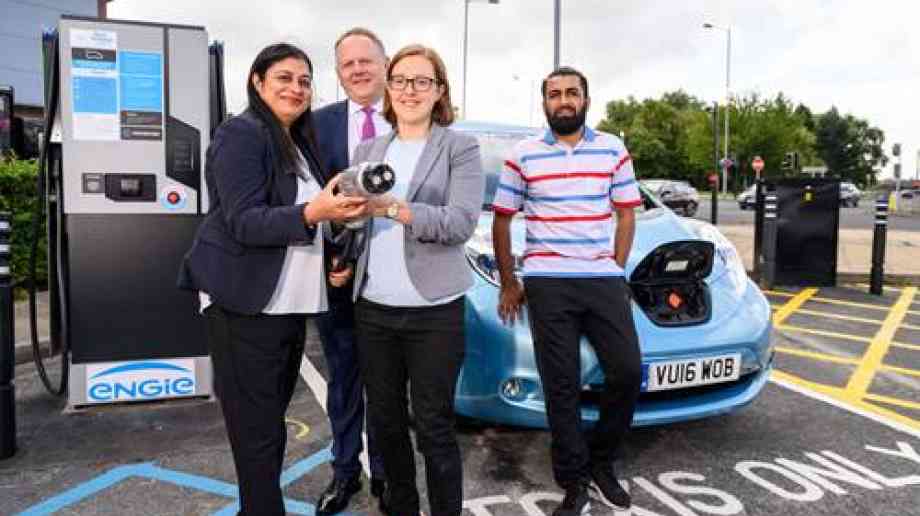 West Yorkshire’s largest electric vehicle rapid-charging network has gone live with the switch-on of the first chargepoint in Bradford, the first of 88 being installed across the region.

The installations are part of the £3 million-plus scheme to help improve the county’s air quality, with new locations set to be added every week until the network is completed later this year.

Each of the new sites, which are free to use until the end of October 2021, will have two bays - one exclusively for taxis and private hire vehicles and the second for all other users.

The scheme is a collaboration between West Yorkshire Combined Authority and its partner local authorities - Bradford, Calderdale, Kirklees, Leeds and Wakefield councils. West Yorkshire Combined Authority appointed Leeds-based ENGIE to install, own and operate the new charging points, following its successful bid for £2 million funding from the government’s Office for Low Emission Vehicles.

The Combined Authority and the partnering local authorities are also providing a further £1.2 million of match funding for the scheme, which will result in West Yorkshire having 88 of the 500 rapid vehicle charging points across the country.

Manisha Kaushik, deputy chair of the West Yorkshire Combined Authority Transport Committee, said: “Around 500 diesel taxis and private hire cars are forecast to be converted to hybrid and pure electric vehicles as a result of us rolling out these chargepoints. Plus, the increased availability of rapid chargepoint locations will help counter ‘range anxiety’, which is currently discouraging people from switching to electric vehicles.