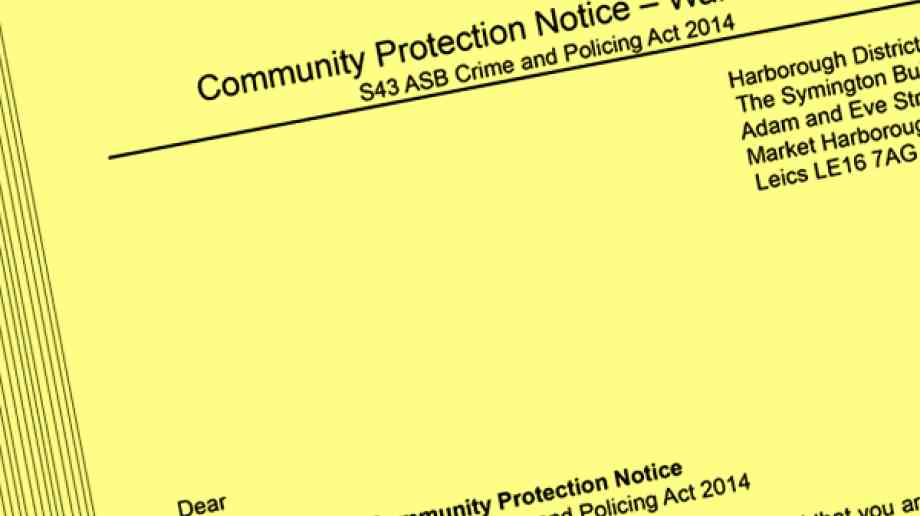 The Manifesto Club has published new research on Community Protection Notices and found that less than 10 per cent of councils have a policy in place that specifically deals with CPNs and CPWs.

Based on FOI requests to all England and Wales local authorities, the research found that only 7.9 per cent of councils have a policy in place that specifically deals with CPNs and CPWs, and only one in five are currently issuing CPNs without a policy to guide their use.

The report concludes that ‘there is a postcode lottery’ of CPN practices currently being undertaken, and that flexibility ‘should not be at the expense of standardised processes to ensure these sanctions are being applied fairly across England and Wales’.

Vicky Heap, reader in Criminology at Sheffield Hallam University, who led the research, said: “Despite being available to authorising bodies since 2014, there is very little evidence about how Community Protection Notices are utilised and consequently experienced by recipients. Our research begins to address this gap in understanding by exploring both the issuing process and perceptions of recipients. We uncovered great variations in issuing practices, which could lead to an uneven application of the powers across England and Wales. Furthermore, our work with recipients highlights the need for greater procedural safeguards to reduce disproportionality and bolster due process. Ultimately, our findings suggest that more extensive research is required to better understand the use and impact of these coercive powers.”