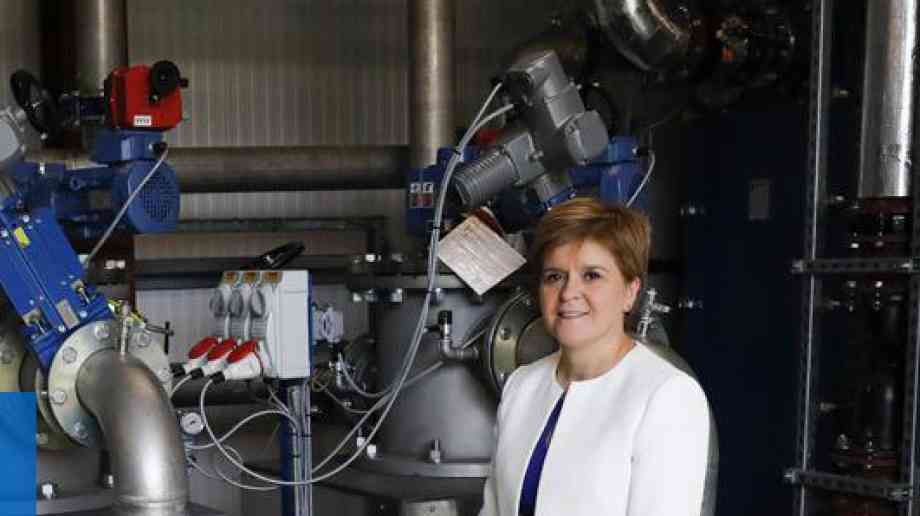 The Stirling District Heat Network project was launched by Sturgeon who was visiting the city as part of the 50th Travelling Cabinet. The announcement is part of a new package of announcements made in Stirling - which is aiming to become Scotland’s first carbon neutral city - to tackle the global climate emergency.

The project, which received £2 million support through the Scottish Government’s Low Carbon Infrastructure Transition Programme, was developed collaboratively with Stirling Council and Scottish Water Horizons. It is the first of its kind in the UK and will provide affordable and low-carbon heat to the local Stirling community.

Sturgeon said: “Earlier this year Scotland became one of the first countries in the world to acknowledge the fact that we are facing a global climate emergency, and it is only right that we take appropriate action - with all policies being re-examined to ensure they meet our climate ambitions. That’s why the action we’ve announced today is important – and it will build on the world-leading measures already underway to address the climate crisis we face.

“We have already proposed one of the most ambitious statutory emissions targets anywhere in the world, and today’s announcements illustrate our commitment to developing new and innovative policies which will make a real difference. The Stirling Renewable Heat Demonstration Project is a great example of this, using waste water to help provide energy to local businesses and public buildings. We are also changing the way we work as a government to provide an example to others, and our commitment to ensure future meetings are as low carbon as possible is testament to this.”