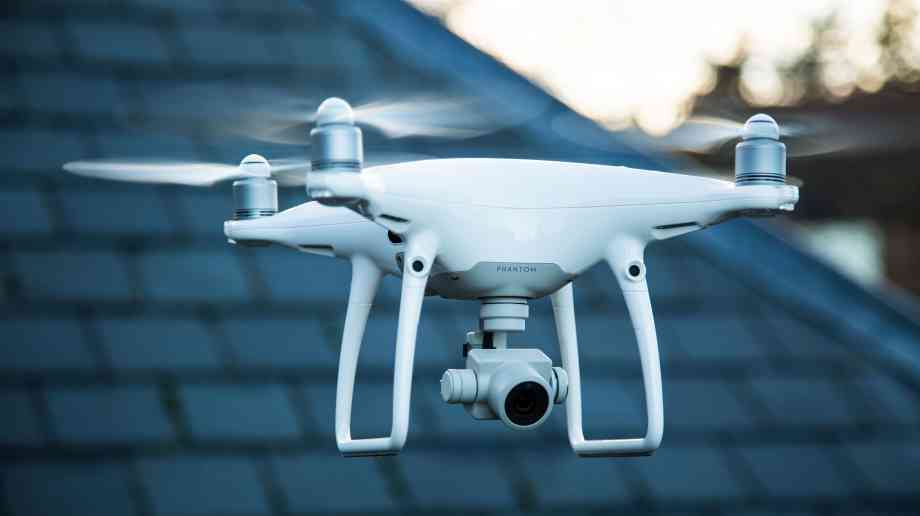 UAS in government and public services

Drones or UAS are becoming increasingly used in public services and are recognised as an inherent part of UK government’s Industrial Strategy. Dr Sue Wolfe, from ARPAS-UK, gives us a review of government policy and how drones are being used to revolutionise some public services

Only a few years ago, UAS was primarily the domain of research and defence, but now this disruptive technology reaches every single one of us, whether through TV footage or toys we buy for our families. Going by many names and acronyms – drones, UAVs, RPAS and SUA, the term UAS, Unmanned Aircraft System, is possibly the closest description. The UK was one of the first countries to develop commercial applications of UAS, and in 2013, the trade association and professional body, ARPAS-UK, was formed to support this fast evolving industry and to influence regulation and promote safe operational best practice. Its members all comply with a common code of practice.

With a wide-ranging membership including commercial UAS operators, training companies, government-funded organisations and insurance and legal practitioners, and now against the backdrop of 3558 commercial operators approved by the UK Civil Aviation Authority at the end of December 2017, ARPAS-UK explores its perspective of what UAS means for the public sector. It looks at central government policies and initiatives aimed at driving economic growth in the sector, as well as practical ways in which UAS are already helping public services.

UK Government Policy and Initiatives: a 2017 report from the Department of Business, Energy and Industrial Strategy (BEIS) showed that UAS do not fit easily within the traditional aerospace sector, and that they represent a fundamentally different model of operation to existing aviation markets. There are many challenges – development timescales are much shorter, interoperability with off-the-shelf peripherals is increasingly important, while stringent safety requirements must still be met. One of the major factors which will enable faster growth in the UAS sector is the ability to operate in a safe and regulated manner Beyond Visual Line of Sight (BVLOS).

In addition to technology challenges are the limitations of our ability to harness the full capabilities of UAS, thinking beyond direct replacement of current processes to entirely new approaches. UK government has co-ordinated a Pathfinder Programme to do just this, centred on a common goal of achieving routine BVLOS by 2020. A series of visionary projects within that programme are underway, looking at applications including: Powerline and other infrastructure inspection; project management of construction projects through earthworks; the future of maritime search and rescue after 2020; and improving efficiencies in survey operations. The Pathfinder Programme works closely with the Drone Industry Action Group (Drone IAG), facilitated by BEIS and of which ARPAS-UK is a member. The Drone IAG was established in October 2016 with an aim to support and shape the business environment facing companies in this sector. The government is also developing policy to underpin the development of this new industry.

The Department for Transport (DfT) launched a consultation on the safe use of drones at the end of 2016, the response to which was published on 22nd July 2017, and included proposals in the following key areas: stimulating drone innovation and enterprise in the UK; ensuring safety and operation within the law; and laying the foundations for a developed drone market. The response was followed in November 2017 by a DfT announcement of its intention to publish a draft Drone Bill in spring 2018. The bill will include a registration scheme and mandated use of an app for flight planning, helping to ensure safe operations, and paving the way for the devices to be harnessed for a range of uses by businesses and public services. Following a consultation in 2017, the European Aviation Safety Agency, EASA, will shortly begin to introduce new regulation for UAS operations, which will also be adopted in the UK. The DfT draft Drone Bill looks to be consistent with those regulations, and additional comments and recommendations regarding safety risk have recently been published by the CAA.

Industrial Strategy and support for innovation

Hazardous applications and extreme environments: The UK government is further embracing UAS technology through inclusion in its Industrial Strategy and consequent provision of research and development funds. In November 2017, BEIS published its industrial strategy white paper which refers to Four Grand Challenges, one of which is to ‘put the UK at the forefront of the artificial intelligence and data revolution’. The Industrial Strategy Challenge Fund (ISCF), announced in May 2017, forms part of this strategy providing a £4.7 billion increase in research and development over four years. Funding for UAS applications is already being made available for demonstrations of robotics and artificial intelligence in hazardous applications and extreme environments such as nuclear power plant inspection and offshore oil and gas.

Social and economic impact in cities: Through Innovate UK, the government announced the allocation of £500,000 to the Flying High Challenge, in conjunction with Nesta. This is a particularly exciting venture, encouraging innovative new thinking by convening city leaders, regulators, public services, businesses and industry around the future of UAS in cities. By collaborating with selected cities, the Flying High Challenge will support cities to create visions and strategies regarding if and how UAS could operate in their communities, based on local needs and ambitions. For example, UAS could have a range of socially beneficial uses from transporting urgent medical supplies to inspecting and repairing infrastructure.

Local government: While Flying High is looking into the future of UAS in cities, local government and other public services have already been using them for a number of years. By 2016, 12 councils in the UK had approved the use of UAS and now in 2018, there are many more. Moray Council was one of the first to use procured UAS services to help reduce their survey costs, while Promote Shetland was one of the first publicly funded organisations to demonstrate the importance of UAS footage in tourism, contracting local UAS operators to showcase Shetland’s stunning landscape. UAS are now used in wide ranging applications in local government, from media and tourism to building and roof inspection. Some local authorities are investing in UAS equipment and the specialist training required to become approved operators of drones, while others retain flexibility of equipment and expertise by procuring services. ARPAS-UK is supporting these applications by working with trade associations and professional bodies in relevant areas, such as the Landscape Institute and the National Federation of Roofing Contractors, in development of guidelines for safe operations of UAS in those sectors.

Police, Fire and Rescue: Police air operations typically use video and thermal imaging cameras to locate missing persons and track suspects, and radio systems to communicate with officers on the ground. The majority of air operations is provided in connection with crimes in action, and about a quarter of deployments are to aid searches for missing persons. Increasingly, police services are turning to UAS to help undertake this work more effectively. This requires real time imagery for situational control or post flight analysis, and day or night flight operations. Surrey and Essex Police are examples of early adopters of UAS in these applications. Surrey’s deployment of UAS was through a targeted patrol team for neighbourhood response, as well as a command search and operations planning unit. Early applications in Essex were focused on rural crime, which is a serious issue for both individuals and businesses and includes the theft of livestock, plant machinery and fuel. Essex police have also considered using UAS to track and deter hare coursers, poachers and rural burglars, as well as in coastal environments and potential flooding scenarios. Many fire and rescue services also rely on UAS to make operations safer, faster and cheaper. Mid and West Wales (MWWFRS) used UAS early on to allow incident commanders to have on-demand footage of incidents to assist decision-making to bring incidents successfully to a close. One successful application was in the reduction and successful resolution of wildfires.

It is clear that UAS are a strong and growing part of the UK economy, used in increasingly broad applications in both public and commercial applications. ARPAS-UK recognises that this is an exciting and innovative time for the industry, exemplified by the diversity of its members and the breadth of evolving applications.

Morpeth Northern Bypass is 3.8km long extending from Whorral Bank Roundabout on the A197 north east of Morpeth, westward to the A1 trunk road. The bypass comprises of a 7.3 metre wide single carriageway with a separate 2.5 metre wide combined cycleway/footway.

There was a new interchange creating easy access to the A1. The project involves constructing four road junctions, two bridge structures, two underpasses and one mammal tunnel to be constructed along the route of the bypass.

UAVs were used to provide aerial monthly reports of the project, time-lapse footage from masts of major works and aerial footage of work being carried out.

Gary Mills, project manager at Northumberland County Council, said: “Morpeth Northern Bypass was the first to construction scheme on which we employed a drone. It proved to be a valuable tool for both us (NCC) and the contractor for monitoring progress. The aerial photography was particularly useful at the monthly project board meetings where it was used to talk the board members through progress and issues on site. The aerial photography was also used on the scheme website to publicise the scheme and keep the public informed.” 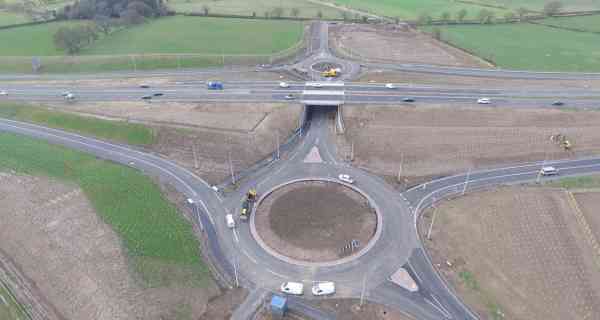