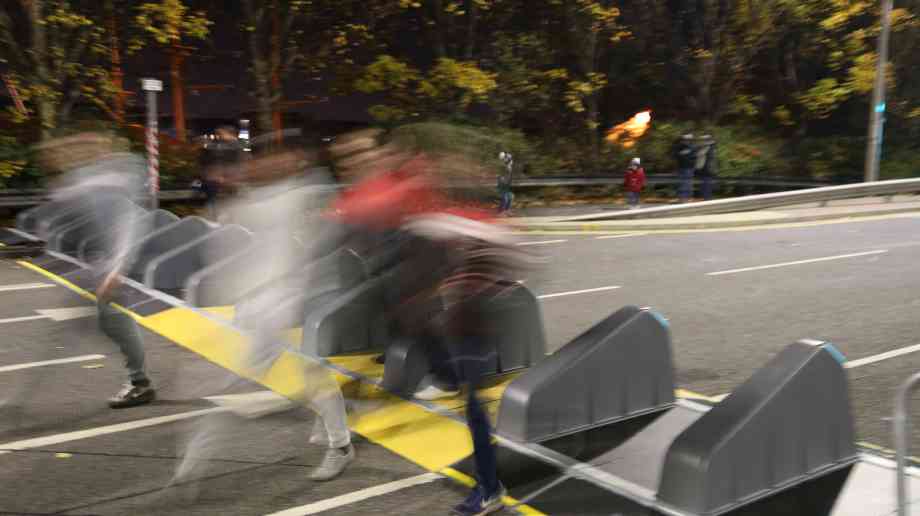 Safeguarding the public this festive season

With this year’s Christmas markets just around the corner, visitor safety and security is at the forefront of organisers’ minds. Iain Moran discusses the alternative security measures that organisers can implement this year to avoid creating a ‘fortress mentality’ while still keeping people safe

The festive season is almost upon us, and with it, the return of Christmas markets across the UK. The Christmas market has become an established feature of the festive landscape, with both capital cities and smaller towns joining the craze in recent years. As well as bringing local communities together to get into the holiday spirit, they’re a key tourist attraction, attracting visitors from far and wide and providing a significant boost to the local economy.

However, this additional footfall to towns and cities also brings greater security concerns. Over the past couple of years, we’ve seen a sharp rise in vehicle-ramming attacks across the world. Hostile vehicles are becoming the weapon of choice for terrorists - they’re easy to obtain, they can inflict large amounts of damage in a short space of time and, unlike explosive devices, they require little skill to operate.

While these incidents should not disrupt our way of life, it’s vital that steps are taken to ensure that the public is as protected as possible at events such as these. Serious consideration needs to be given to protecting crowded markets so that they are safe for everyone to enjoy the festivities and get into the Christmas spirit.

Strengthening security
Last year, many event organisers in the UK sensibly took steps to avoid a repeat of these tragic events. Heavy police presence was seen across cities including London, Birmingham, Manchester, Leeds and Edinburgh, with armed officers patrolling festive attractions as well as plain clothed officers mingling amongst crowds. Staff at some markets were provided with anti-terror training, there were increased security checks, and temporary concrete barriers were placed around many Christmas market sites.

Although erecting strong, sturdy barriers around public spaces can be an effective deterrent to prevent vehicles from targeting a site, performance within a Christmas market installation can be limited.

Large concrete blocks around a perimeter are not only visually unappealing, but also prevent the free flow of pedestrians and restrict entrance and exit to designated points. This actually creates vulnerable queues outside the ‘protected zone’, which is far from ideal. It has been proven that some of these surface mounted blocks slide on impact, creating a crushing effect in close proximity to crowded places.

For temporary events, like Christmas markets, surface-mounted bollards and barriers which consider pedestrian flow offer a sensible alternative. These are barriers that don’t need bolting down, so are quick and easy to deploy, avoiding lengthy and disruptive road closures.

They can be pedestrian permeable, allowing people to easily manoeuvre in and out of the barriers, which aids the flow of visitors accessing the site and avoids queues or crowds from forming. Importantly, most surface-mounted barriers are specifically designed to withstand the force of a moving vehicle up to a certain speed and weight, so they are a highly effective form of hostile vehicle mitigation.

Safety without stress
To make people feel reassured when visiting public events, like Christmas markets, visible security measures can go some way towards showing that steps have been taken to keep them safe. Indeed, our research last year revealed that 29 per cent of people would like to see more visible security measures put in place at events to make them feel safer. However, sometimes the natural response to seeing extra security can sometimes be one of fear or concern that the extra measures reflect an increased level of danger.

A balance should be achieved where the public feel safe, reassured and comfortable, without the security measures creating a ‘fortress’ mentality or proving too disruptive. Visitors should be able to enjoy the festivities of a Christmas market, without having their overall experience compromised.

One way of achieving this is to consider the appearance of barriers and bollards and how they will fit in with the surroundings. While concrete barriers provide some protection, their size and crude aesthetic appearance can make them seem intrusive. However, security systems don’t need to be an eyesore to be effective, as they can be specifically designed to subtly blend in with the environment they’re deployed to.

Permanent and temporary security barriers can be customised with sleeves, symbols or advertising slogans to look less imposing and fit in with their environment. Last year, some local authorities took particularly festive steps to soften the visual impact of anti-vehicle barriers at their Christmas markets. In the city of Bochum in Germany, authorities placed 20 1.2-ton pellet bags downtown for their Christmas market, which were then wrapped up to look like Christmas gifts. Hull took a similar tactic, turning the concrete barriers around Queen Victoria Square into Christmas trees.

With this in mind, authorities should give serious consideration to the design and appearance of their security measures to help Christmas market visitors to feel more comfortable this year.

With millions of visitors expected at Christmas markets in cities and towns across the UK and Europe this year, increasing security around these areas has to be of the highest priority. With a variety of innovative barriers now available that can either be rented or bought, and deployed in a matter of hours, there is no excuse for the general public to be left vulnerable this festive season.

Iain Moran is the head of high security sales for the UK, USA and Australia at ATG Access.