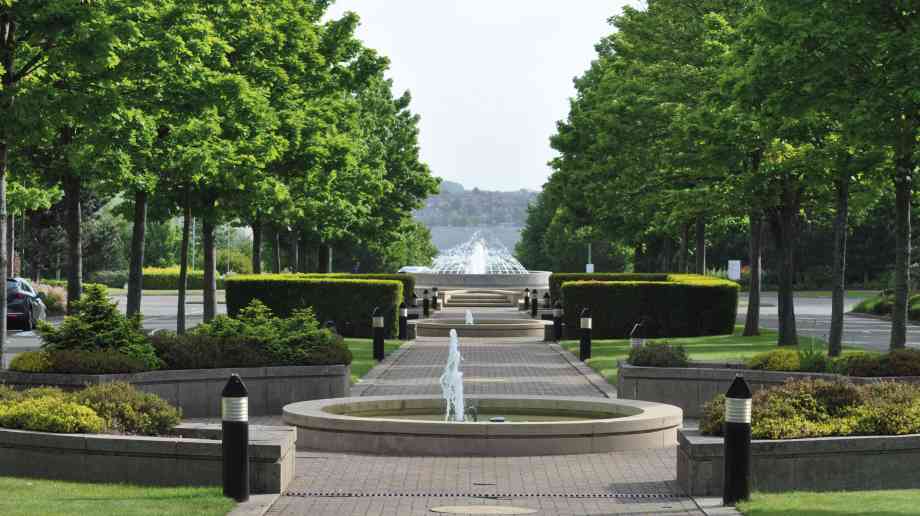 The benefits of public green space

Amid all of the hustle and bustle of daily life, the need for green spaces should not be ignored or degraded, says Denise Ewbank of the British Association of Landscape Industries.

Every December the great and the good of the UK landscape industry gather in London to celebrate the achievements of members of the British Association of Landscape Industries (BALI). These are the landscape contractors and designers responsible for creating and maintaining many of the country’s managed landscapes.

The BALI National Landscape Awards, which this year will celebrate their 40th anniversary, are possibly amongst the most visually stunning of all industry awards. In the hands of industry professionals, maintained green space in all its forms – from private urban gardens to public realm landscapes and parks – makes for spectacular viewing, whether at first hand or projected on the big screen at an awards ceremony.

The value of green space to people and to the environment is irrefutable. Research on the impact of plants and green infrastructure on patient recovery times in hospital, for example, is unequivocal in asserting that recovery is hastened when patients can see greenery, whether inside or through windows. And, when physical access to green space is possible – for example, in a landscaped hospital courtyard – this effect is amplified. Live planting in office buildings has long been used to create ‘natural’ screens that offer the added benefits of improving air quality and reducing levels of stress and anxiety, which in turn improves the concentration of those working in a plant-enhanced environment.

The importance of landscaping
Victorian town planners realised the importance of providing public access to managed green space as a means of mitigating the effects of intensive industrialisation. The public parks that they designed and that we now treasure and enjoy in towns and cities across the country have been exemplars for countries to emulate around the world.

The industrialisation of the Midlands and the North of England in the 18th and early 19th centuries brought agricultural workers in from the countryside to live and work in increasingly over-populated and polluted cities. The need for green space was ignored in the rush to build mills, factories and high density housing and the resulting impact on human health of this scramble to industrialise the country was enormous.

Some enlightened industrialists believed, however, that by looking after the welfare of their workers they would see productivity increase; Titus Salt, a successful woollen mill owner in West Yorkshire, was one such man. In 1851 he built Saltaire, his mill town on the River Aire near Shipley. Now a UNESCO World Heritage Site, it is dominated by mills but provided workers with good housing, community buildings, and landscaped parks where they could escape the incredible noise of their working environment and enjoy the beautiful open space provided for their well‑being. Bournville Village in the Midlands is another example of an industrialist – John Cadbury – realising the benefits of giving his workers access to good living conditions, including landscaped public open space.

In the 21st century, the incorporation of green infrastructure is a pre-requisite of urban planning, both to provide an environment for town and city dwellers that encourages social cohesion and to mitigate the urban heat island effect. In recent years we have witnessed some stunning examples of public realm landscape design that have addressed both these objectives, and none has a higher profile than the Queen Elizabeth Olympic Park.

Greening the Games
BALI members – landscape and grounds maintenance contractors, and members providing products and professional consultancy services such as soil analysis and design – were instrumental in helping to deliver the Olympic Delivery Authority’s vision for the park in time for the 2012 Olympic Games. And they continue their involvement with the transformation of the park into legacy. At the BALI Awards in 2012 four BALI landscape contractors were jointly awarded the BALI Commemorative Award for Outstanding British Landscaping Excellence for their work in creating the Olympic Park landscape.

The transformation of 560 acres of former industrial land, much of it contaminated, in Stratford, East London, was nothing short of a miracle. BALI engaged with the Olympic Park architects, LDA Design with Hargreaves Associates, Arup and Atkins, as members of the landscape industry’s ‘Greening the Games’ campaign, at the earliest stages of planning to ensure that the landscape design could be delivered by the industry.

Not only did the planners and landscape architects have to deliver a beautiful public space capable of coping with many thousands of visitors to the Games on a daily basis but they also had to consider its ongoing utility once the Games had ended.

According to the Park’s official website, since 2013 it has received over four million visitors. It seems they succeeded in designing a space within London’s city sprawl that is a magnet for residents, visitors and tourists alike, as well as being a focus for sporting and community‑led events and activities. In addition, and in common with London’s other green spaces, it is both another lung for Britain’s most populous city and a haven for wildlife.

Public park performance
As the Queen Elizabeth Olympic Park takes the title of the largest public urban park to be created in the UK for over a century, Eastside City Park in Birmingham is the first public park to be opened in that city for over 130 years. It featured as a BALI award‑winning scheme in the Soft Landscaping Construction (costing over £1.5million) category at the 2013 BALI National Landscape Awards.

Eastside City Park adds 2.73 hectares of green space to Birmingham city centre, extending Park Street Gardens through to Cardigan Street and taking in a former car park in front of Millennium Point. The public was heavily involved in the selection of the final design and now this wonderful landscaped space with extensive manicured lawns, paved pathways and carefully selected tree species, including geometrically clipped hornbeams, is used by residents, visitors, business people and students.

Awarding success
The BALI National Landscape Awards are awash each year with examples of outstanding landscape design in public open spaces. Many are in city and town centres but there are business parks such as the Capability Green Business Park in Luton that provide employees with a wonderful working environment. Created some twenty years ago and recognised at the 2015 BALI Awards for the exceptional quality of the ongoing maintenance by the incumbent BALI contractor, the judges said ‘this is a fabulous piece of public landscaping that illustrates how important good grounds maintenance is to the overall effect and impression of a scheme’. And therein lays the nub; with all public realm landscaping, it is only as good as the level and quality of the ongoing maintenance.

Local authorities are dealing with swingeing cuts to their budgets and councillors are taking decisions now that are already having an impact on the standards of maintenance in our public green spaces. BALI grounds maintenance contractors working predominantly in the local authority sector have historically nurtured a partnership working approach with their clients and this has brought major benefits in terms of value for money and user experience.

Many contracts have enabled apprentices to be employed within the regular teams, making an important contribution to addressing the landscape industry’s serious skills shortage, and the constant requirement to find cost savings has, to a point, encouraged innovation. The introduction of the National Living Wage, however, whilst benefiting those working in an industry that is considered to be in a ‘low pay’ sector, is putting additional strain on grounds maintenance companies working on fixed local authority contracts.

Encouraging everyone
In the 2014 ‘State of UK Public Parks’ report it states that an estimated 34 million people visit the country’s parks over c. 2.6bn visits. For some people, a public park is their only accessible green space. In a country that started the municipal park movement as a response to the industrial revolution, it would be a travesty if one of the most treasured features of every town and city was allowed to fall into a state of dereliction for the want of funds to maintain it.

There was quite a brouhaha in the news recently about Stoke Gifford Parish Council making a charge for parkrun participants to run through its local park. The ethos of parkrun is to encourage everyone and anyone to take advantage of their local green space and get out there and exercise, and with the barrier of a charge completely removed. Adults pay taxes and an entirely valid proportion of those taxes filters its way to local authorities. It is absolutely essential that public parks continue to be funded and provide free access to individuals and families. They are a fundamental resource that not only benefits society but also gives us the right to claim that, despite increasing urbanisation, we still live in a ‘green and pleasant land’.