WMCA working with Google in fight against climate change 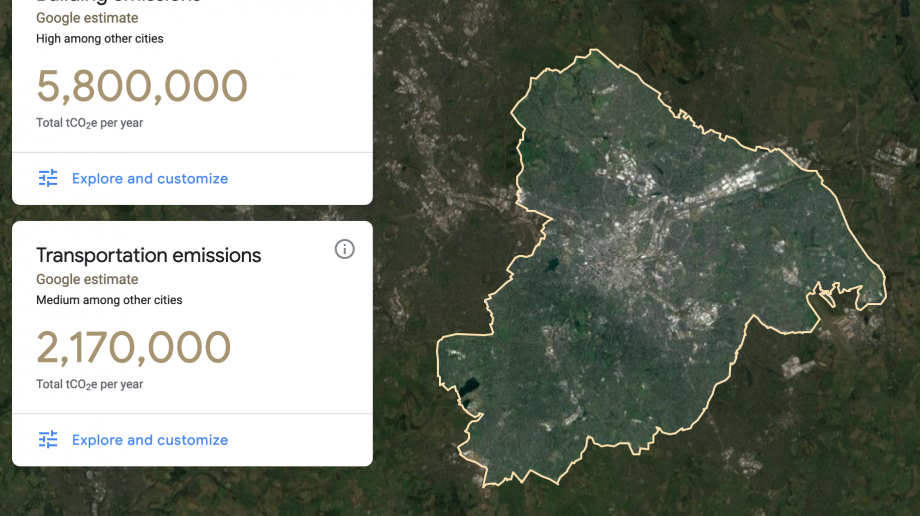 The West Midlands Combined Authority has teamed up with Google in the fight against climate change, with the tech giant making crucial climate data available in the region’s three main cities.

To help the West Midlands tackle the current climate emergency, the data of Birmingham, Coventry, and Wolverhampton will take the form of a free online tool known as the Environmental Insights Explorer (EIE), which comes from an analysis of Google’s global mapping data, showing estimates of building and transportation carbon emissions and renewable energy potential.

Andy Street, the Mayor of the West Midlands, said: "Climate change is a critical issue that must be addressed - and fast. The WMCA, led by our environment portfolio holder Ian Courts, has already declared a climate emergency in the region, and we are now working up our plans as to how we become carbon neutral no later than 2041.

"This data being made available across our three cities by Google will make a substantial difference to our efforts and will help us target specific areas to achieve greater results. I am delighted to team up with Google in the fight against climate change and I also feel incredibly proud that they have chosen the West Midlands as one of the first locations for their Environmental Insight Explorer tool."

Rebecca Moore, director of Google Earth, Earth Engine and Outreach, said: “Over 10,000 cities around the world have committed to taking action on climate change over the next decade. But without the right data, it can be hard to know where to start. That is why last year we created the Environmental Insights Explorer, which I am proud to say has now launched in its first European cities, and its first European region – the West Midlands.

“Created in collaboration with the Global Covenant of Mayors for Climate & Energy (GCoM), EIE analyses Google’s comprehensive global mapping data to estimate building and transportation carbon emissions and renewable energy potential, data that helps build policies, guide solutions and measure progress. We’re already working on bringing EIE to many more cities around the world, as we’re excited about helping more cities create a healthier, cleaner future for their citizens and for the planet.”