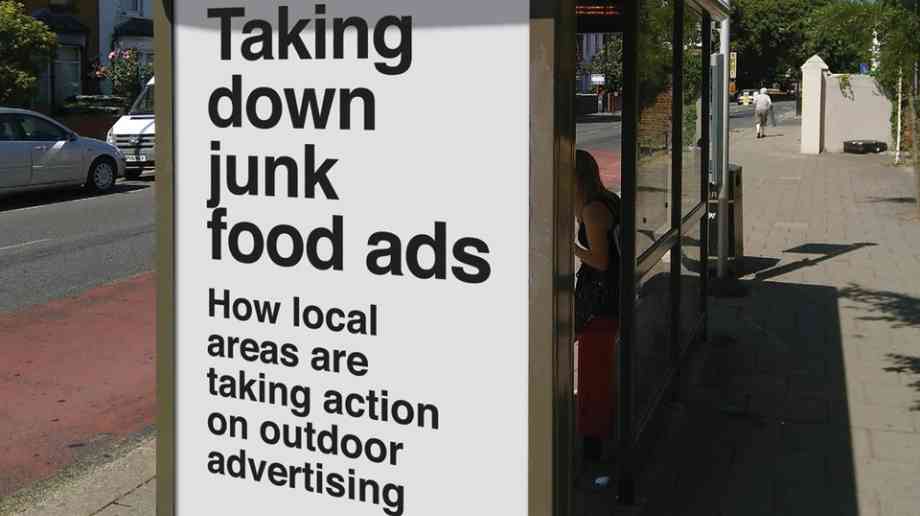 A new report has uncovered the limited powers that local authorities have to restrict advertising of products high in fat, salt and sugar.

Working with over 30 local areas around the UK, Sustain and Food Active say that this is despite the fact that many local authorities are located in areas with high rates of child obesity.

The reports makes a total of nine recommendations, including: local government being given more powers to impose restrictions to meet local priorities, such as restricting the type of advertising on public telephone boxes which are normally outside their jurisdiction; that the government should tighten restrictions on in-store advertising; and that the Advertising Standards Authority (ASA) should consider any area where children congregate to be unsuitable for HFSS advertisements, not just schools, but also to include nurseries, children’s centres, parks, family attractions and leisure centres.

Ben Reynolds, deputy chief executive of Sustain, said: “This research has highlighted the limited powers that local government has to restrict junk food advertising. Nationally the government has accepted the need to limit advertising of products high in fat, salt and/or sugar, particularly where viewed by children and yet there are clear loopholes which need to be closed.

“The Advertising Standards Authority refuses to consider junk food adverts outside many settings used by children such as nurseries to be in breach of current rules. And the only real repercussions for companies that break these rules amount to little more than a slap on the wrist, with many complaints being ruled on long after the advertising campaigns have ended.”

Middlesbrough and Lewisham are both in the running to be one of the government’s childhood obesity trailblazers, and if successful would focus on implementing further restrictions to junk food advertising in their areas.