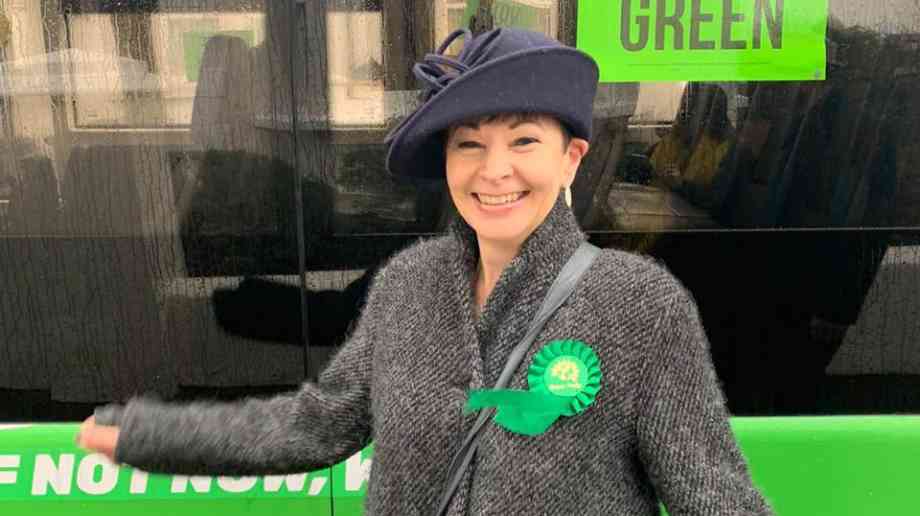 The Green Party's Caroline Lucas has been re-elected to her Brighton Pavilion seat, increasing her majority by five per cent.

The former party leader, who defeated her nearest Labour rival by nearly 20,000 votes, remains the Green’s only MP. After being announced as victor, Lucas took aim at the electoral system, saying she was ‘deeply angry’ at a ‘broken’ political system.

Lucas said her victory in Brighton Pavilion ‘matters so much when the status quo in this country is intolerable - and when we are now on course for it to become even more so’.

Deputy leader Amelia Womack - who stood for election in Newport West - has expressed her disappointment with the result which saw no additions to their single seat. On the party’s Twitter feed, she lamented how the ‘environment won’t be prioritised under this government’.

Asked why good results in the European elections were not reflected in the General Election, she said that people wanted to vote Green, but were thinking of voting Labour to keep the Tories out. She said that ‘we are working in a system that means, first of all, that people aren't getting the say they want’ and that is seeing ‘millions of votes going unrepresented’.