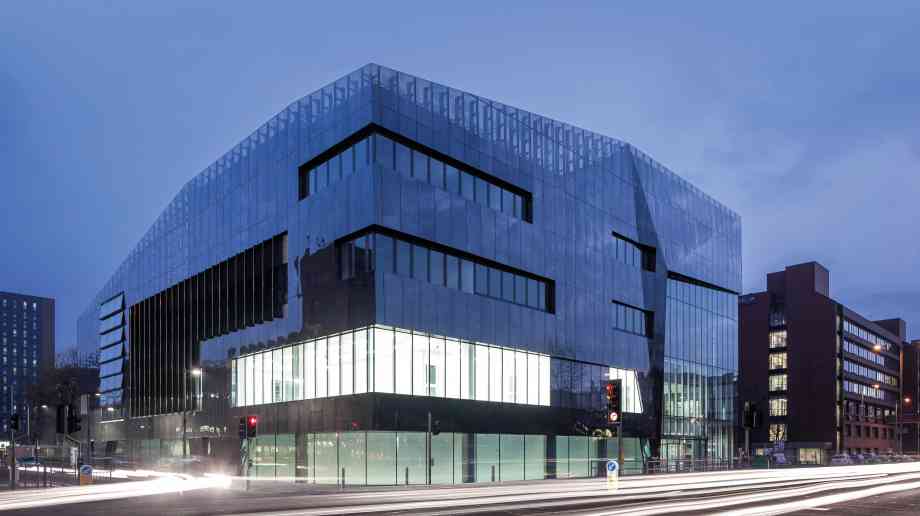 Welcome to the European City of Science

A performing robot orchestra, a journey of discovery into the miracle material of the 21st Century and an artistic take on artificial intelligence — these are just some of the wonders of science coming to Manchester this summer.

The reason? Manchester has been named European City of Science for 2016 as part of its role in hosting the EuroScience Open Forum (ESOF) in July. It’s the first time the title has been bestowed on a UK city and the nomination of Manchester is particularly timely: this year marks the 250th anniversary of the birth of John Dalton, the pioneer of modern atomic theory. Dalton started the tradition of science education in the city that still thrives today.

Indeed, Manchester is still a world leader in many aspects of scientific research – smart textiles, digital health and advanced materials are just three key focus areas for the city at the moment – and it is hoped that the European City of Science tenure will inspire the next generation of Manchester scientists. Young people across Greater Manchester will have an opportunity to share their own passion for science on 6 July 2016, which has been designated Manchester’s Great Science Share day.

Scientific innovation
Manchester has had a long‑standing relationship with scientific innovation throughout history. The city where science first met industry has been home, at various points in time, to atom‑splitting Rutherford, AI-researching Turing and, more recently the pioneers of super material graphene, Geim and Novoselov who won the Nobel Prize in Physics in 2010.

The EuroScience Open Forum
The EuroScience Open Forum (ESOF), taking place on 23-27 July, is Europe’s largest scientific conference; a gathering of the world’s leading scientific brainboxes. Over 4,500 big thinkers representing 90 nationalities are expected in Manchester for five days of discussion and lively debate around the latest advancements and discoveries in the sciences, humanities, science in business and careers.

The hosting of ESOF is a global recognition of Manchester’s unique science credentials and is a hugely important milestone in the city’s quest to position itself as a world leader in the field. However, organisers are keen to stress that ESOF is not only a great opportunity for scientists to learn and collaborate; it also offers terrific potential for businesses to engage with cutting edge science and technology.

As ESOF programme director, Vicky Rosin explains: “The year as European City of Science is a great opportunity for us all to think big and work together to bring Manchester alive with science and really capture people’s imagination. We’re focusing on the connections between science, engineering, business, technology, arts and culture rather than boundaries between them.”

She adds: “There will be thousands of eminent researchers, scientists, policy advisors and business leaders from all over the world in Manchester during the week of ESOF. The collaborations and the connections we can bring and introduce businesses to are really very wide-ranging. There are people and organisations at ESOF which businesses do not ordinarily come into contact with and that’s incredibly exciting.”

Public programme
ESOF will open with an event at the Bridgewater Hall on Sunday 23 July and will be accompanied by a citywide festival, Science in the City (22-29 July), which will take science onto the streets of Manchester through workshops, performances and experiences. These events will explore the ways in which science continues to transform our lives.

As well as a bespoke programme of events commissioned for the Science in the City festival, organisers are also working with a wide range of partners across Greater Manchester and beyond, to encourage them to host programme public‑facing science events and exhibitions throughout 2016. The first of such events is The Imitation Game, an exhibition running at the Manchester Art Gallery until 5 June which responds to the question first posed by Alan Turing in 1950: ‘Can machines think?… Are there imaginable digital computers which would do well in the imitation game?’.

Another is an exhibition devoted to tackling climate change. Climate Control, a programme of exhibitions and events at the Manchester Museum, runs from May to October 2016. It will allow visitors to explore the causes of climate change, the complexity of the subject, and what they can do about it.

The Museum of Science and Industry (MSI) – the museum that celebrates the spirit of innovation indelibly printed into Manchester’s DNA – is to host a major exhibition about the discovery of graphene in Manchester. It opens on 22 July, just in time for the ESOF conference and it is hoped that the exhibition – developed in collaboration with the National Graphene Institute in Manchester – will tour afterwards to spread the word globally about Manchester’s new miracle material.

bluedot (22-24 July) is a new three-day festival that promises to fuse artists, speakers, scientists and performers into an event unlike any other. It will take over Jodrell Bank, the University of Manchester’s iconic observatory, in the days leading up to ESOF. The eclectic lineup includes music by the legendary Jean-Michel Jarre; recording of an episode of Radio 4’s The Infinite Monkey Cage with Prof. Brian Cox and Robin Ince; and a full science and culture programme.

The European City of Science programme of events will draw to a close in October with the tenth Manchester Science Festival and a performance by the aforementioned robot orchestra. This will feature humans and robots performing together with real instruments and guided by a conductor — think Joy Division meets Kraftwerk meets the Last Night of the Proms.

The designation of European City of Science should give everyone in Greater Manchester – residents and visitors alike – a unique opportunity to be part of something very special. As Annie Keane puts it: “We want to showcase the city’s achievements across all dimensions of science as well as demonstrate how it connects with everyday life and the questions we all have about the future”.