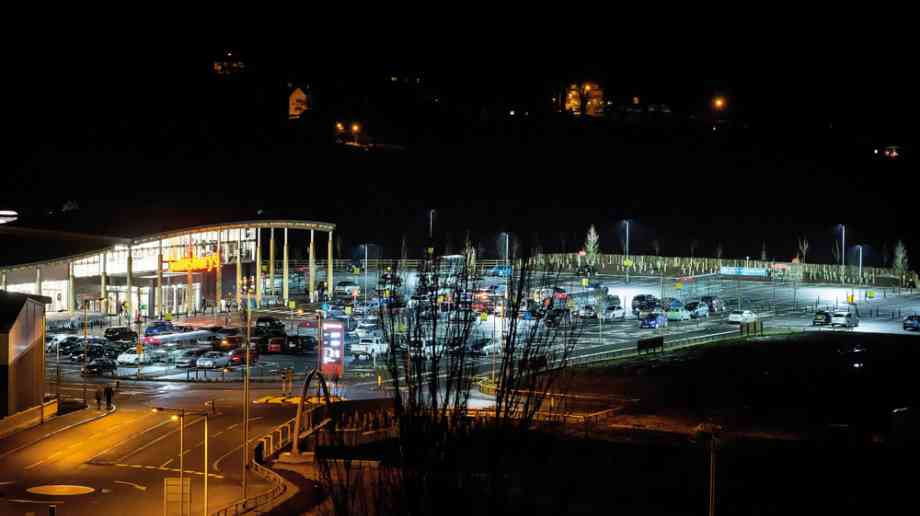 Shedding some light on sustainability

Councils should be considering lighting as an integral part of a their plans for a low-energy and more sustainable future, says Brendan Keely, of the Society of Light and Lighting.

As we near the start of the next decade and the UK’s carbon emissions target deadlines begin to loom large, the government is stepping up its investment in sustainable policies designed to promote clean generation and greater efficiency. As well as a focus on renewable sources of power, these policies also include measures to improve the energy performance of the UK’s buildings, both current and yet to be built.

It’s a sensible plan, because buildings make up a large percentage of the UK’s carbon footprint – accounting for nearly 40 per cent of the nation’s greenhouse gas emissions and nearly 70 per cent of electricity consumption, much of which is produced by carbon-heavy generation methods like gas, coal and oil power. The low-hanging fruit in this mission would seem to be its own buildings, and there are quite a lot of them. In 2011 the government calculated there were over 180,000 buildings in public ownership meeting a variety of needs, from football stadia to hospitals.

Though there is plenty of work for central government to do on this, two thirds of the total property portfolio is actually owned by 86 local councils around the UK, so these areas have been the focus of much of the work. Initiatives such as the Green Investment Bank have been rolled out to incentivise the take-up of energy efficient technology, and help regional bodies become greener.

There’s something in it for councils too, of course, when budgets are increasingly squeezed and opportunities for savings are welcome. On energy saving LED street lights, local councils in Durham and Stirling have savings of up to £30 million over 25 years projected. So emphatic is the support that Quirin Sluijs from the European Investment Bank (EIB) urged any local authority with the budget to ‘just do it’ at the European Commission’s conference on LED Lighting for Sustainable Smart Cities.

Energy spent on lighting
Lighting is an extremely important area when it comes to sustainability in buildings because it is so ubiquitous and so costly as a result. It is also all around us wherever we go, in our homes, offices and streets, so it must be comfortable and practical for us to live with. Energy spent on lighting buildings represents 19 per cent of UK energy use, which equates to tens of millions of pounds and 32 million tonnes of carbon dioxide. LED lighting is widely accepted by the UK government and governments and climate organisations across the world as the most promising avenue for the future of lighting, and investment in the technology across the world is expected to grow to $160 billion by 2020.

And it’s for good reason: LED technology has moved forward unimaginably over the last decade, and is able to do things we wouldn’t have thought possible just a few years ago. Since 2000, its efficiency has increased by ten times, which has in turn greatly increased the savings possible with the technology, both from a financial and carbon perspective. Commercially available LEDs can now boast energy savings of up to 70 per cent (80 per cent if accompanied by smart control systems), and have vastly improved lifespans.

For local councils, these are game-changing benefits in energy efficiency. The potential cost savings are obvious, as is their utility in meeting carbon-saving objectives, but they also make sense as part of the wider economic eco-system. Even the most advanced fluorescent lamps can’t match the lifespan of an LED, meaning they have to be replaced far less frequently, and their durability means that failure rates are low and they suffer less from decay in light output as they age. They also come in a variety of colours enabling them to more effectively mimic natural daylight in office environments, and streetlights can reduce light pollution by being much more directional – only providing light where it is needed.

Implement slowly and carefully
All this being the case, there is a danger of complacency. LED technology is a growing and exciting area of the lighting industry, but it’s far from a ‘magic bullet’ solution. Like any technology, it has to be implemented properly, and with consideration for its impact on the whole system. No energy efficient solution is ‘fit and forget’, and the worst thing a council could do would be to assume that switching to LED is an automatic win.

Firstly, judging the performance of an LED is not as simple as looking at the values of the chip. It might have Ferrari performance on paper, but a lot depends on the effectiveness of the system it is designed into. It can only perform well in a luminaire (light fixture) that suits its strengths, making sure it is at the right temperature for example, and trying to get one to perform in a badly designed context will greatly reduce its performance and may even damage it over time – like taking your Ferrari on quicksand. There are many different light sources and set-ups that best suit specific circumstances, so it’s vital an engineer designs the system to get the best out of the LED solution.

LEDs are just a light source at the end of the day, and there’s as much work to be done on the part of the user to get the best out of them as there is by the light itself – and for that you need a strategy around how they’re going to be used. Even optimising the lamp and luminaire to get a 10-15 per cent increase in efficacy isn’t much compared to the 80 per cent increase you can get by implementing a good control strategy. LEDs, unlike some sources, actually perform better when dimmed as less energy flows through them – this is a great advantage when implemented with other systems like motion sensors to turn the lights off when there’s nobody around, or to dim them when it’s brighter outside.

LEDs should not just be used as a direct replacement for older light sources – the irony is that LEDs can be so much cheaper that we then use too many of them, wiping out cost and carbon savings. Without controls more sophisticated than a light switch, that’s not an efficient solution, and a properly designed control system can do a lot to alleviate these issues.

More than just ‘on’ and ‘off’
The old adage that ‘you get what you pay for’ also applies here. Lighting is more complex than simply ‘on’ and ‘off’, with factors such as the light colour temperature and the colour rendering – and it’s not a purely artistic consideration, it also has the potential to impact on the well-being and productivity of the people who live and work in council buildings. Cheaper, poorer quality LED lights can perform less effectively in a number of ways, but one of the most notable is in light rendering – this is the way in which the light from the source accurately represents the colour of objects in a room. Cheaper and poorer quality LEDs are less effective at this, and so the light in a room may appear ‘off’, which can have negative psychological effects for the occupants.

Similarly, the colour temperature of the light also has an impact. One of the benefits of LED lights is their ability to be tuned and even mimic natural ‘blue’ daylight far better than phosphorus or sodium lights, which have a distinctive yellow glow. This can be an advantage in daylight, helping to stimulate people with little or no access to natural light in the workplace, but it also has a similar effect at night. The blue rich white light can keep us stimulated and delay the onset of sleep as it delays the secretion of the sleep drug, melatonin. By reading our e-readers, watching films on the laptop or checking social media this can contribute to the delay in the onset of sleep.

Professionally designed LED
LED technology is the biggest advancement in lighting in recent times. Its efficacy is improving at a high rate, while at the same time costs are falling. It will be an integral part of the energy efficiency strategies of a wide variety of people, companies and governments for years to come, but it is important to remember that it can’t be taken on its own as a complete solution to the problem of efficiency in lighting.

In order to ensure that the technology is properly utilised, so that it is as effective and efficient as possible, local councils will have to ensure that it is professionally designed as part of a wider strategy that bakes efficiency into the design of their buildings. It’s not as simple as replacing one technology with another like-for-like: it needs to be properly installed by an engineer following industry guidance, such as that produced by the Society of Light and Lighting and the Chartered Institution of Building Services Engineers, to be as effective as it can be, and ensure that it works harmoniously with the building, the occupants and the other systems in play.