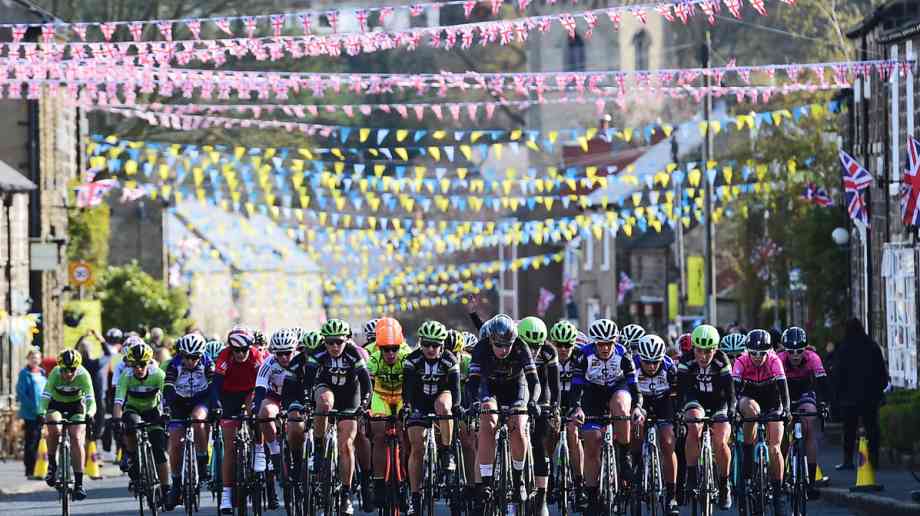 A setting of culture and immeasurable growth

With Hull occupying the title of City of Culture for 2017, there is a great deal of interest surrounding the Yorkshire region. With a host of events already taking place throughout the year, it is the ideal place for the public sector to host its 2017 meetings

Everyone is talking about Yorkshire. The profile of the county has never been higher, record numbers of visitors are flocking and major international events are taking the Yorkshire message across the world. Latest statistics from Visit Britain show that visitor numbers are smashing all records. Last summer (July to September) saw a 12 per cent increase in visits and a 21 per cent increase in overnight stays to Yorkshire – the highest quarter for the county since records began in 1961.

Sir Gary Verity, chief executive of Welcome to Yorkshire, said: “This is incredible news and testament to the hard work being done by Welcome to Yorkshire and the businesses within the county to make Yorkshire very much front of mind domestically and internationally. Events like the Tour de Yorkshire, 2019 UCI Road World Championships as well as Columbia Threadneedle World Triathlon Leeds, Great Yorkshire Show and Yorkshire Festival, all help to showcase what Yorkshire has to offer. The profile of the county has never been higher and we will keep working to promote the county as the number one visitor destination.”

City of Culture
The year has got off to a great start after 342,000 people visited Hull to see its first week of City of Culture 2017 events. As part of the Made in Hull event large images were projected on buildings to tell the city's history over almost 100 years. In Queen Victoria Square, three major buildings - the city hall, Ferens Art Gallery and the maritime museum - acted as large canvasses for the event.

Throughout the year, national and international artists will join local artists for a world class programme that spans arts, film, theatre, music and dance. Hull estimates that having the title will give its economy a £60 million boost this year alone. It has seen £1 billion of investment since winning the title in 2013, including industrial giant Siemens’ recent confirmation of a £160 million investment in wind turbine production and installation facilities.

And as confidence in the city has never been higher, there’s no better time to head to Hull and Yorkshire to hold a conference or event. The Mercure Hull Grange Park Hotel has invested over £1 million into an extensive refurbishment project. The four-star hotel, has just launched its revamped International Suite, one of Yorkshire’s largest event facilities, and a full redesign of the hotel’s 100 bedrooms is being carried out.

Elsewhere, there’s the likes of Hull Truck Theatre which has a 429-seat main auditorium, 135-seat studio theatre, flexible breakout areas and two café-bars. For a venue with a twist, there’s The Deep which is one of the UK's most spectacular aquariums, with over 3,500 fish.

Investment in facilities continues across Yorkshire this year. In York, the Grand Hotel and Spa will double its guest rooms and add a new 140-seat restaurant by the end of 2017. The £15 million development project will see the Grade II listed building connected to the adjacent Roman House, creating more than 100 additional bedrooms along with new spaces for meetings and corporate hospitality. Additionally, one of York’s landmark buildings, the former Royal York Hotel has recently had a multimillion-pound makeover and is now known as Principal York.

In South Yorkshire, the award-winning Yorkshire Wildlife Park has enjoyed another record-breaking year and continues to encourage businesses to bring their conferences into the wild. The park attracted over 750,000 visitors during 2016 and is now looking for 96 new staff as it expands its facilities and events programme through 2017. The park offers a unique conference space catering for anything from small board meetings for 12 to conferences up to 140. Nowhere else can you host a meeting with panoramic views across to the African Plains and then break for a stroll to see a polar bear.

And in West Yorkshire, the Piece Hall, a magnificent Grade I listed structure in the heart of Halifax, is the only surviving intact cloth hall in the UK. Following a £19 million conservation programme it will open to the public again this summer and will include high-quality conference and meeting room facilities. The Conference Room holds up to 120 people and meeting rooms hold up to 24 people (board room format) while the central courtyard is a stunning setting for major events and promotional launches.

For hotels with conferencing facilities try The Midland Hotel, Bradford which was originally built in 1885 and played host to the rich and famous including Laurel and Hardy, Paul Robeson, The Beatles and the Rolling Stones.

Over in Leeds, Elland Road - home of Leeds United Football Club - can host events for up to 2,800 people. New additions this year include state-of-the-art AV equipment in the Gowing Law Centenary Pavilion, one of the biggest events spaces in the north.

Welcome to Yorkshire
Welcome to Yorkshire itself hosts two major corporate events every year with an annual tourism conference and awards dinner – both the biggest of their kind in the UK. Every year the very best of Yorkshire’s tourism businesses are honoured at the White Rose Awards, a glittering awards ceremony featuring sporting heroes and stars of the stage and screen.

More than 1,100 people attended the 2016 event at the brand new Hall One at the Yorkshire Event Centre, in Harrogate – the first awards dinner to be held at the venue since its £11 million revamp.
Based on the Great Yorkshire Showground, the centre has 250 acres of outdoor space and a purpose built conference and banqueting suite. It is on the same site as the Pavilions of Harrogate which won Business Tourism of the year at the White Rose Awards 2016.

Welcome to Yorkshire will be holding its annual Y 17 conference this year at the York Theatre Royal, following its multi-million-pound revamp. The UK’s largest annual tourism conference will take centre stage on Tuesday March 21 at the newly renovated theatre which is over 250 years old. Previous Y conferences have been held at Scarborough Spa, York Barbican, Harrogate International Centre, Leeds Grand Theatre and West Yorkshire Playhouse.

Every year, Y conferences have a new theme and Y17 will be ‘Yorkshire on Show’ when the audience hear about new campaigns, initiatives and projects. National sports presenter Rob Walker will compere the event which will run like a live TV show. Previous Y conferences have welcomed a range of famous faces from Olympic cyclist Lizzie Deignan (Armitstead), Last Tango in Halifax star Dean Andrews, Leeds DJs Utah Saints to Paralympic superstar Hannah Cockroft MBE – and even the Deputy Prime Minister.

Sir Gary Verity commented: “Yorkshire has a wealth of outstanding conferencing venues and at Welcome to Yorkshire we ensure our annual awards dinner the White Rose Awards and our Y conferences are held at different places every year. Both of these events attract over 1,000 guests and Yorkshire can very much offer a variety of venues to suit all budgets and capacity.”

Sir Gary added: “The Tour de Yorkshire is going from strength to strength. Latest figures show a huge public appetite for the event which last year saw some two million spectators line the route and generate nearly £60 million for the local economy. That’s a 20 per cent increase on the 2015 race which has smashed all targets.

“The Tour de Yorkshire is a Yorkshire success story, helping us to keep attracting visitors and keeping the county’s profile high – let’s not forget the Scarborough Borough was recently named the most popular destination for holidaymakers anywhere outside London from 2013 - 2015.”

The third edition of the race takes place between 28-30 April 2017. Stage 1 will go from Bridlington to Scarborough, Stage 2 will be Tadcaster to Harrogate and Stage 3 will be Bradford to Fox Valley (Sheffield).

The TV coverage for the Grand Départ and subsequent Tours de Yorkshire has been important for promoting the county nationally and to international visitors. The Tour de Yorkshire was last year broadcast globally to some 178 countries and watched by 11.4 million global TV viewers across Eurosport and ITV4 - double the amount in 2015.

Other events coming to Yorkshire this year will be the Columbia Threadneedle World Triathlon Leeds which is set to return to the city for a second time on 10-11 June 2017. Leeds is also bidding to become European Capital of Culture 2023, celebrating the exceptional, experimental and diverse cultural landscape of the city. And work is ongoing for the UCI Road World Championships which will be in Yorkshire in 2019, attracting millions of visitors for 12 races in this nine-day event.

Sir Gary added: “Yorkshire is busier than ever with all four corners of the county hosting events throughout the year. The profile of Yorkshire has never been higher and we will continue to do all we can to promote the county and make it the number one destination.”