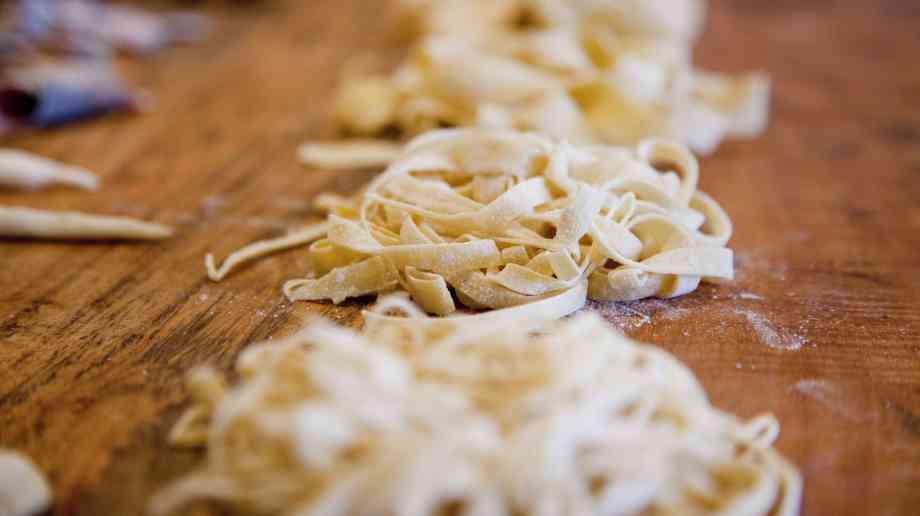 Iain Gulland, Zero Waste Scotland chief executive, outlines how the agency is helping councils and the wider community to reduce food waste and recycle more where food waste is unavoidable

Food waste is an issue which growing numbers of people and businesses are increasingly aware of and acting to address. In 2016, the Scottish government announced an ambitious new goal as part of its Making Things Last strategy to reduce per capita food waste in Scotland by one third by 2025. This target was the first of its kind in Europe and recognises the critical role of food waste reduction in the fight against climate change and the transition to a more circular, resource efficient economy.

Zero Waste Scotland is leading work to achieve that aim. We have already played a key role in helping to reduce the nation’s food waste by eight per cent. However, food waste remains a significant problem. As Zero Waste Scotland highlighted recently, the food we waste is a bigger cause of climate change than plastics. Household food waste alone accounts for almost three per cent (2.9 per cent) of Scotland’s carbon footprint.

Most food waste in Scotland is generated by Scottish households which collectively throw out around 600,000 tonnes each year, which is just over 60 per cent of Scotland’s total food waste (61 per cent). Of that 600,000 tonnes, only around 240,000 tonnes is unavoidable food waste, such as banana peels and egg shells. Throwing out perfectly good food not only wastes the food itself, it also wastes the valuable resources which went in to producing that food and taking it from factories and farms to supermarkets and people’s homes.

The best way to combat food waste is to reduce it in the first place, while the best way to reduce the impact of unavoidable food waste is to recycle it. We recently launched the Food Waste Reduction Action Plan (FWRAP) with the Scottish government. Together, we set out how we will reduce Scotland’s food waste by one third by 2025. Showing people and organisations what they can do to reduce food waste and why it matters is an ongoing focus of our work which we are expanding under the plan.

Love Food Hate Waste
Zero Waste Scotland’s Love Food Hate Waste campaign has already developed a strong following since it was established, connecting with thousands of people through workshops and social media. The message to people is that they can take relatively simple steps to reduce food waste through better planning of food shopping, better use of storage such as freezers and more inventive use of leftovers.

Our message also spells out the financial cost to people, with nearly £1.1 billion of food thrown away annually. Wasting less food could save Scottish households £440 each year. While Love Food Hate Waste has raised awareness of the dangers of food waste, we need to reduce food waste faster in order to meet the 2025 target.

As well as increasing our work to ensure people understand the importance of reducing food waste, we will also be doing more to improve public engagement with council food recycling services Zero Waste Scotland has played a key role in supporting councils to increase household recycling collections.

More than 80 per cent of Scottish households now have access to food recycling facilities providing a vital alternative to throwing food waste into general rubbish bins which are sent to landfill. That means that most people around the country today can put wasted food into food caddies for dedicated council collection services which take that food waste to anaerobic digestion or composting facilities where it can be turned into green energy or high-quality fertiliser.

There has been good progress in take-up, which has increased 26 per cent since 2012. But while the majority of Scottish households now have access to these food recycling services, only 55 per cent say they are actually recycling their food waste. Most food waste is currently sent to landfill, with only 93,000 tonnes picked up through dedicated food waste recycling collections. Food waste sent to landfill is particularly problematic as it releases methane, a greenhouse gas many times more potent than carbon dioxide.

There are thought to be a number of factors behind the lower take up rate, including public concerns about perceived issues such as the smell which some people fear will be produced by using food caddies in their homes. Again, increasing work to get our key messages out to people will help ensure that the public are better informed and reduce such misconceptions. As we expand our work further through the plan we will also explore new ways to combat food waste, including improving how we monitor that waste to identify hotspots to help target greater support where it is most needed.

As part of that work we will help organisations including public bodies such as councils to identify where they could reduce their own food waste. The public sector spends millions of pounds annually on food and drink. The drivers of food waste in schools are complex and numerous. However, outcomes of educational initiatives have shown that pupil-led classroom-based interventions, in tandem with catering measuring and monitoring efforts, can reduce waste within schools.

Both the public and private sectors also have huge influence on changing public behaviour and actions. Zero Waste Scotland is working with schools, communities, councils and the NHS across Scotland to expand pilot programmes and projects and make food waste reduction the norm in everyday life.

1.3 billion tonnes wasted
Scotland has adopted the following definition of food and drink waste developed by FUSIONS, a European collaboration funded by the European Union. It states: ‘Food waste is any food, and inedible parts of food, removed from the food supply chain to be recovered or disposed (including composted, crops ploughed in/not harvested, anaerobic digestion, bioenergy production, co-generation, incineration, disposal to sewer, landfill or discarded to sea.’

As the definition shows, food waste takes many forms and can produce benefits as well as problems. It is not just a Scottish issue either, it is a global challenge with an estimated 1.3 billion tonnes wasted every year worldwide.

Looking further ahead, tackling food waste is part of our wider mission to create a more circular economy – one that is sustainable, maximising the value of our limited resources and minimising all kinds of waste. This approach is increasingly making money from food waste rather than losing it.

In Scotland, using by-products from our food and drink sectors to create higher-value products, such as bio-fuels or advanced proteins, could generate an additional £500-800 million a year. Zero Waste Scotland has already supported innovative companies such as Revive Eco, a Glasgow firm collecting used coffee grounds and recycling them to create high value bio-oils with a wide range of valuable applications including cosmetics and pharmaceuticals.

Reducing food waste as much and as quickly as we need to is a serious challenge which will need a collaborative effort across all sectors. However, Scotland is among the nations leading and influencing the changes in beliefs and behaviours around food, so that we collectively save resources and money, helping us and the planet.

Through our action plan we aim to make everyone aware of the real damage food waste is doing so that we can all make an informed choice to help reduce and recycle food to fight climate change.