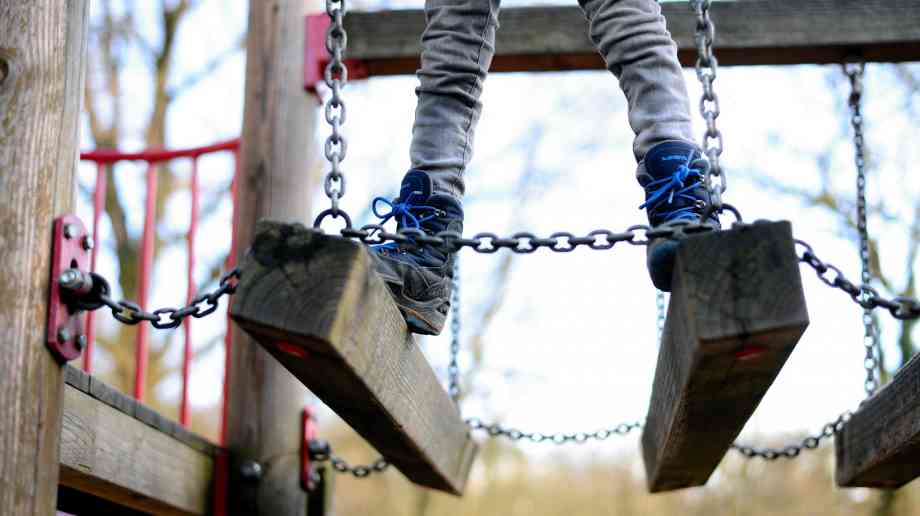 Mark Hardy, chair of the Association of Play Industries, looks at the role of playgrounds as the centre of communities across the UK and says now is the time for a national network of playgrounds to tackle the disparity between deprived communities and more affluent areas

The link between physical activity and health is well documented. British children are experiencing never-before-seen levels of ill health, intensified by the inactivity imposed on them during lockdowns. Their increasingly screen-based, sedentary, reduced-sleep lifestyle and declining outdoor physical activity has serious implications for children’s mental and physical health outcomes.

British children are part of a global trend of low physical activity and the UK has very poor levels compared to other countries. Children now sleep less and by the time they finish primary school many children have the highest levels of body fat on record. Rates of child Type 2 diabetes and mental illness are also the highest in our history.

Deprivation and child health
A briefing from the Commission for Equality in Mental Health shows that children from the most deprived households are four times as likely to develop serious mental health issues by the time they reach 11 than their wealthier peers.

Why playgrounds matter
In April 2020, parents were asked about normal life before Covid restrictions in the biggest ever study on play in the UK. Using a nationally representative sample of 1,919 adults who had a child aged five-11 years, it found that, away from home, playgrounds were cited as the most popular spaces for outdoor play at least once a week.

The study endorsed the essential role of public play areas in the physical and mental health of children. As community assets, playgrounds impact significantly upon children’s health and well-being but, despite the fact that the hardships of lockdowns have inspired a renewed appreciation for shared public spaces, they are still not prioritised as essential for public health.

Public play spaces are great levellers
Playgrounds are free at the point of access, and as such they help to level up inequality. Children from disadvantaged backgrounds have a greater need for these spaces: one in eight British households has no access to a garden, rising to more than one in five households in London and the percentage of homes without a garden is higher among ethnic minorities, with black people in England nearly four times as likely as white people to have no outdoor space at home. Semi-skilled, unskilled or casual workers and people who are unemployed are almost three times as likely as those in more skilled roles to be without a garden.

For children living in these households, the availability of public playgrounds is essential to their health and development, as playgrounds represent their only opportunity for outdoor play outside of the school day. Access to local ‘doorstep’ playgrounds, where they can play frequently, safely and in high-quality environments is key to their achieving and maintaining good overall health.

The need for a coordinated national network
Currently, the creation of public play spaces is a piecemeal affair, handled by individual local authorities with no coordinating body to fund and oversee national play provision. In reality, this means that cash-strapped LAs face increasingly difficult choices as to how to allocate their budgets, with funding for outdoor play areas often sacrificed in favour of other demands, a situation greatly exacerbated by the pandemic. The result is patchy play provision overall, with some areas well-served and others woefully lacking.

A survey carried out by the Association of Play Industries of 1,111 parents with children aged two-12 carried out by the Association of Play Industries via the parenting website Mumsnet, showed the devastating impact that a lack of outdoor play facilities has had on some children. Over one third (35 per cent) of parents have experienced the closure or neglect of their local playground and nine out of 10 parents who were not close to a playground said that having access would make their child play outside more.

Build Back Better to Level Up
Public playgrounds are often the hub of local communities, a place as integral to neighbourhood cohesion as local schools, shops or pubs. They are shared spaces where all generations meet but most importantly, they are a lifeline to the children of the community.

The power of play as a preventative public health measure should not be under-estimated. A nationally funded network of inclusive, local, ‘doorstep’ playgrounds will have a dramatic effect on the mental and physical health of those children that need it the most. Playgrounds have the ability to turn young lives around by embedding a love of play, activity and exercise, establishing healthy habits for life.