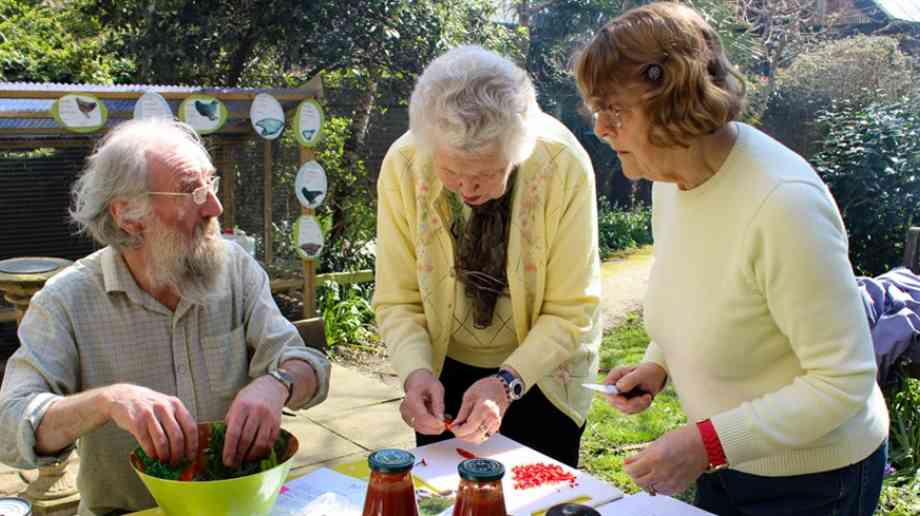 Making the case for quality spaces

Fay Holland, from national community charity Groundwork, looks at the benefits of investing in our community spaces

In one way or another, place has been at the top of the political agenda for the past few years. The Brexit campaign and subsequent negotiations have made what it means to belong in Britain, and Europe, into a fiercely contested subject.

But for most people, whatever their views about the UK’s place in the world, local places closer to home continue to matter. Even though the internet can connect us to the other side of the world in seconds, the majority of people still have a strong attachment to where they live and many live their whole lives in a single area.

Since Groundwork was established almost forty years ago, the links between people and place and communities and their environment have been at the heart of our work. Our aim then was to experiment with ways to help communities cope with a rapidly changing world and join together to improve their lives and neighbourhoods. Today, this goal is more relevant than ever.

The challenge facing communities
Communities can’t thrive without assets that are properly invested in and maintained. Good quality green spaces, accessible places to meet and committed volunteers are all critical to the well-being of our neighbourhoods: helping to bring communities together, providing an opportunity to meet neighbours, exchange ideas and join forces for a common cause. Not every community has these resources on tap.  Public sector spending cuts have hit disadvantaged areas especially hard and there’s an urgent need for new investment. The most deprived fifth of local authority areas have seen the biggest reductions in spending on neighbourhoods services (culture, community, environment, youth and transport) – 22 per cent compared to five per cent in the least deprived fifth. This means that if we want to preserve the facilities that we value – from parks and play areas to village halls and sports pitches – communities will need to take more of a lead.

The urgent question is how. Volunteer time is sometimes harder to come by in deprived areas: a recent survey by NCVO found that people from higher socio-economic groups and educated to a higher level were more likely to volunteer compared to those from lower socio-economic groups or without qualifications. This could be due to working long hours or juggling multiple jobs to make ends meet or other factors such as feeling excluded from local decision-making.

This presents a challenge for existing community groups working in a context of depleted neighbourhood services, who need to ensure that they include and reflect the perspectives of everyone living in the area. It presents the greatest challenge in areas where the majority of the population are facing multiple disadvantage, and where more encouragement, advice, skills and funds are needed to help community action to take root and flourish in and around parks and green spaces.

Local support for local action
Groundwork’s experience is that face-to-face support from experienced community workers can take a group of residents from concern and criticism to constructive and committed long-term engagement. With the right expertise, this process can also help people tackle ill health, get skills and jobs and adopt more sustainable lifestyles.

Last year, Groundwork supported 24,000 community groups to improve and maintain parks and green space up and down the UK, bringing them to life in different ways. In Belfast, young offenders visit a community garden managed by Groundwork at Hydebank Wood College to receive horticultural training and work alongside local people, helping them to reintegrate back into the community.

In Merseyside, our Grow Speke community garden provides a vibrant venue for horticultural therapy and environmental education, complete with wildflower meadows, orchards and community growing spaces, on former wasteland which had been plagued by fly-tipping. In the Derwent Valley, the Groundwork-led Land of Oak & Iron partnership utilises a beautiful steep-sided valley filled with woodland and wildlife for a series of projects and opportunities for people to learn new skills.

Bridging the generation gap
The quality of our environment is as important an issue for young people as it is for adults. Often unfairly stereotyped as being lazy and uninterested in anything beyond their mobile phone screens, February’s youth climate strike demonstrated the next generation’s passion and concern for global environmental issues and their desire to have their voices heard.

Local issues matter to them too: a 2015 Groundwork survey found 69 per cent of 16-24 year olds would be willing to volunteer in their local community. Community groups’ appetite to include them in local issues is also strong, with 96 per cent of Friends of Parks Groups saying they want to do so but 81 per cent saying they were not sure how.

Bridging this gap is a crucial step if we’re to secure the long-term future of our local community assets – as well as providing the time and energy that community groups so desperately need, being involved in their communities can help young people to combat loneliness and build up (offline) social networks that support them on their next steps into adulthood.

It can be done. In July 2018, a network of Groundwork ‘Young Green Ambassadors’ connected with community groups up and down the UK to collaborate on local events as part of their ‘Inclusive Spaces' campaign. Breaking down barriers between the generations took effort on both sides but demonstrated just how much can be achieved when all ages and sections of the community come together around a place they value.

The government response
The government has been clear that it wants to see more people actively involved in their local environment and community; the 25 Year Environment Plan declared 2019 the Year of Green Action, hoping 'to see more people from all backgrounds involved in projects to improve the natural world', while the Civil Society Strategy aims ‘to build a society where people have sense of control over their future and that of their community’.

So what is needed to spread the benefits of good quality, accessible green spaces available to every community? Falling levels of local authority spending since 2010 have meant that too many of our community spaces have fallen out of use and into disrepair. The government’s recent announcement of £13 million additional funding for parks, accompanied by the promise of more to come, is a step in the right direction. However, money by itself is not enough – what is needed is a new vision for green space at the heart of thriving stronger social infrastructure, something described by others as a ‘civic operating system’.

We would like to see government and civil society ensure that funding is targeted to overcome these challenges so that every community has access to this vital social infrastructure. The upcoming consultation on the UK Shared Prosperity Fund, which will replace EU funding for communities, together with this year’s comprehensive spending review, provide an opportunity to take a strategic, long term approach to funding social infrastructure and community action.

- Reductions in public spending have impacted most on those services and facilities that make our neighbourhoods better, more civilised places to live. As they fashion future plans and budgets, our politicians need to recognise and address this fact.

- In the current year more than £120 billion of public money will be spent on health and £80 billion invested in public infrastructure. We need to win the argument that investing a small amount of this budget in supporting communities will help us manage the escalating costs of our health, social care and welfare systems. A stronger community infrastructure delivered as part of the ‘social value’ attached to core public services will mean people are better able to support each other and make more sustainable lifestyle choices that ultimately keep us – and our planet - well.

- We need to provide support where it’s needed most. In many parts of the country, there is a long track record of community action and a strong network of local volunteer groups. But in areas with a more transient population or where people are juggling multiple jobs to make ends meet, community action is harder to take root and to keep going. We need to provide encouragement, advice, skills and funds here where they’re most needed.

At Groundwork, we’re carrying out research to community groups to understand what types of support they need to continue and expand their work. We hope this will help make the case for this investment and for strong communities to be at the heart of policy making across all levels of government.

Up and down the country there are examples of how much can be achieved when communities have the tools to take action in their parks and green spaces. Investing in and harnessing the passion of local people for the places they play, grow, eat and meet is vital to creating strong communities that work for people and nature.