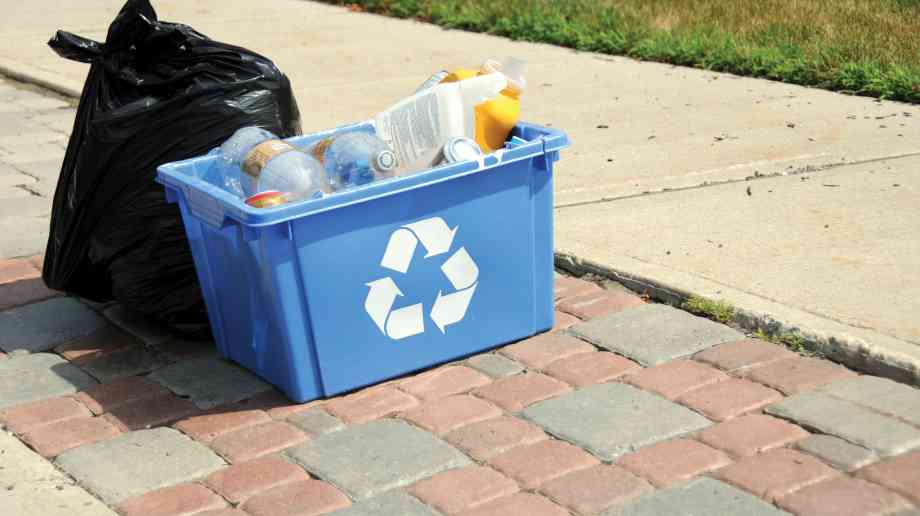 Keeping our recycling policies out of the bin

Steve Lee, of the Chartered Institiute of Waste Management, advises that the policy landscape for waste and recycling should be a major consideration for local authorities.

Earlier this year, the Local Government Association (LGA) revealed that detailed analysis ahead of the Spending Review showed that councils face almost £10 billion of cost pressures by 2020. In the accompanying press release, LGA chair Gary Porter said: “Vital services, such as caring for the elderly, protecting children, collecting bins, filling potholes and maintaining our parks and green spaces, will simply struggle to continue at current levels.”

In this context, and given that waste is the third largest area of budget spend, recent developments and trends in waste and recycling merit a closer look.

A system under strain
It must be said upfront that local authorities have made unprecedented strides with regards to waste and recycling in the last 15 years – helping the UK to achieve the fastest progress in Europe during that time. As a nation with significant landfill capability, we may have started at the back but the fourfold increase in recycling is a public sector success story. Even in the tough times since 2007, councils have worked hard to keep up the momentum and sustain the same levels of service through efficiency saving measures.

This resilience is evident in a report published in February by the Chartered Institute of Waste Management (CIWM) and waste consultancy Ricardo-AEA, which assessed the impact of austerity on local authority waste collection and cleansing services. The research found a range of innovative approaches being taken by councils across the UK and Ireland to deliver efficiency improvements and savings, including partnership working, smarter IT, and a variety of operational measures such as route optimisation and extending vehicle and equipment life.

However, there are now some storm clouds on the horizon. Recycling rates in England are flatlining, so much so that there is now genuine concern that the UK may not reach the 50 per cent EU recycling targets by 2020. Granted, our performance is certainly being helped by the strong progress being made in Wales – which announced a 56 per cent recycling rate for 2014/15 recently – and the potential for Scotland to follow suit as its Zero Waste Plan policies take full effect.

Complacency, however, is not an option for two reasons; the first is that Wales and Scotland are proactively driving recycling through robust policy measures and (some) targeted funding, two drivers that are lacking in England; the second is that high performance by other UK countries is unlikely to be enough to compensate for the slump in the recycling rate in England.

Part of the problem is that we have picked all the low hanging fruit. Pushing beyond the current recycling levels means tackling more difficult challenges such as recycling provision in high density housing, and hard-to‑reach and transient audiences. It also means addressing some of the barriers – perceived or real – that limit the recycling behaviour of even the most committed householders, result in high levels of contamination, or constrain the markets for secondary materials.

This is leading to some difficult but important discussions among stakeholders in the recycling chain, particularly around the value chain for recycling and how further improvements are ultimately going to be paid for. Waste arisings in England are on the rise again after a few years in decline. Flytipping has risen by 16 per cent in the last two years according to a Press Association Freedom of Information request. Litter and the expense of clearing it up remains a challenge even after years of national campaigns – so much so that a 23 strong group of organisations has just written to the government urging it to set up an Advisory Committee on litter to provide leadership and co-ordination.

All these add up to a challenging set of conditions for councils; the need to do more with less, on a frontline service that is close to the hearts of residents, at a time when support from Whitehall is at its lowest and market conditions are unpropitious.

The Circular Economy
So how do these pressures and constraints play out in the context of the more ambitious policy landscape being explored by the EU as it seeks to develop a revised Circular Economy (CE) package, the first iteration having been revoked because it lacked ambition? Well, it could make things significantly more challenging or it could kick start a smarter, more holistic approach that genuinely moves us towards a more resource efficient future.

As a concept, CIWM believes that the pursuit of more circular economic practices and models is desirable as a concrete way of addressing longer term societal issues such as sustainable economic growth, climate change, resource scarcity and security. It is not only about the environment, it offers increasingly tangible benefits in terms of economic growth, competitiveness, and jobs. The European Commission has a responsibility to provide the leadership and overarching framework to allow Member States to progress towards a more circular economy. It not only has a powerful role to play in driving the appropriate economic thinking and behaviour but also in tackling market obstacles and ‘failures’ that can only be addressed at a pan-European level.

CIWM has warned the Commission that it should be under no illusions about the ability of municipal authorities to shoulder significant additional responsibility for waste. Challenging economic conditions over the past few years have put significant pressure on public sector spending across the EU and if we want to up the ante we must recognise that municipal authorities are by and large no longer in a position to shoulder the full burden and costs of collecting and recycling waste to facilitate the return of secondary raw materials into the production loop. They are also not in a position to significantly influence the waste streams which they have to manage – and hence CIWM has strongly urged the Commission to ensure that responsibility is properly shared across the whole product supply chain

Push mechanisms
To do this, the CE package must focus on the big picture, linking different areas of policy and legislation to create smart, synergistic ‘push’ mechanisms at the end-of-pipe in terms of waste and ‘pull’ mechanisms to encourage change at the beginning of the product cycle through a fundamental review of the role of product design, standards, procurement and consumption models.

The ‘push’ mechanisms might be landfill bans, smarter recycling targets for municipal waste that don’t focus solely on volume but on environmental impact, a re-use target to support this important part of the waste hierarchy. We could even flip the grid completely and opt for a residual target for municipal waste that shifts the focus towards overall consumption and waste generation.

The pull mechanisms might include a shift in the focus of taxation to cover resource use; at the very least, the Commission could explore the role of differential VAT rates to support both the recovery and use of secondary raw materials. Essential in the package, meanwhile, will be supply chain interventions, right from product design (recyclability, recycled content, disassembly) through the point of purchase and use phase (clear labelling and user guidance on environmental performance) to the point of discard (re-use and repair incentives, Extended Producer Responsibility schemes).

Ultimately, CIWM believes that a stronger focus on product stewardship through the existing Producer Responsibility regime and Extended Producer Responsibility approaches is the single most effective mechanism that could be deployed in the CE Package. Waste is ultimately a market failure, with the burden of managing and paying for this failure currently sitting largely with consumers and municipal authorities. While this approach has brought us a certain distance on the path towards more sustainable practices, it is not fit for purpose to deliver the CE aspirations now being formulated, and should better reflect the requirements of the Polluter Pays Principle set out in the EU Waste Framework Directive.

Local authorities have been successful in meeting public policy objectives regarding waste and recycling, delivering significant improvements in performance over a decade and a half despite the tighter economic conditions of the last few years. But there is more to do and the next few months will be important in shaping the future landscape. In doing this, the critical role that local authorities can and should play in creating a more resource efficient society must not be ignored or underrated.