Skip to main content
Home / Features / How can the Government make better use of data to tackle tomorrow’s challenges? 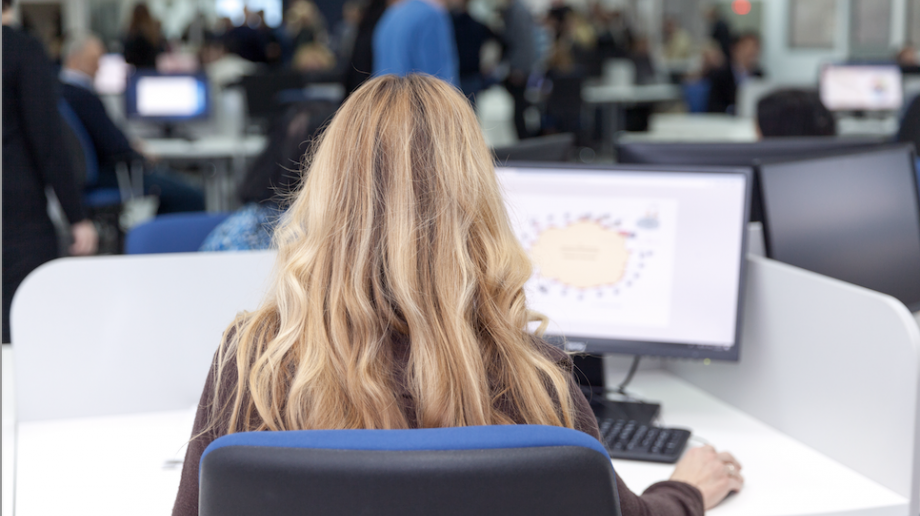 How can the Government make better use of data to tackle tomorrow’s challenges?

When it comes to data, few bodies have greater access to this asset than the Government. While we are seeing greater use of data with each passing year, there is still far more we can do to maximise its potential, increase efficiency and deliver better public services, says Vicki Chauhan, Head of Public Sector at NTT DATA UK

Data is one of the greatest assets that an organisation has in its arsenal. It allows us to better identify issues, streamline processes, and fuel innovation. While we are seeing greater use of data with each passing year, there is still far more we can do to maximise its potential, increase efficiency and deliver better public services.

Putting data at the heart of everything the government does helps improve policy and decision making, and ultimately leads to greater innovation within the public sector. The government has recognised this, with the National Data Strategy demonstrating its ambition to make even more progress in this area.

But as with every industry, there is always more we can do to improve how we manage the vast amounts of data we have at our disposal. That is why NTT DATA UK, the Cabinet Office, the Global Government Forum and the Office for National Statistics collaborated to create the Civil Service Data Challenge (CSDC).

The competition, which had a format similar to the BBC’s Dragons’ Den, saw hundreds of civil servants propose new and innovative ways for the government to improve its use of data. As a judge for the competition, I can testify to the quality of the proposals and the immense difficulties in selecting a shortlist for the final – let alone deciding a winner. The challenge revealed how empowering civil servants can help incite change within the Civil Service, as well as how much potential there is to revolutionise the way public services make use of data: bringing innovative solutions to long-standing societal problems.

AI’s ‘eye in the sky’ over the peatlands
Peatlands cover 10 per cent of our country’s land surface, just under three million hectares. Their ability to capture carbon makes them vital in the fight against climate change. There is one issue, however. The UK’s peatlands are currently drying out, emitting around 20 million tonnes of CO2 annually. Blocking moorland drains can reverse this process – but locating them on the ground is a difficult and labour-intensive process.

The winning group of the CSDC came up with the idea to deploy innovative ‘Generative Adversarial Networks’ to rapidly identify drains using aerial photography, much reducing the cost of protecting these important environments.

This idea was selected for its potential to help lock more carbon into the ground, reduce flooding risk, and aid the government in achieving its carbon emissions target of net zero by 2050. The project also has potential to be scaled for application worldwide; a first version of the solution can be deployed within a little as three months.

The team behind the peatlands restoration project received technical advice from NTT DATA UK to the value of £50,000, as well as ongoing support moving forward to help bring the idea to life, taking its total investment in the project to £250,000.

The other shortlisted concepts - Statistics that could keep us safe abroad
A second group devised another way to collect and use data effectively. They suggested using data held across Government and open-source databases to create a live data model: showing the number of UK nationals living, working, and travelling all over the world.

This data could be used to support activity across Government. Hosted on the ONS integrated data platform, which is accessible to all Government departments, this would foster cross-industry data corridors and get the different public sector organisations working with, and talking to, one another.

In 2017, there were 784,900 British citizens living in the EU alone. That is a staggering number of individuals to keep track of manually and it puts a devastating strain on the services that try to.

Revolutionising prisoner rehabilitation
Another proposal demonstrated how data can benefit everybody within the Prison Service, from the prison staff to the Government, the public, and even the prisoners themselves: allowing targeted interventions, improved welfare, strategic oversight of isolation, and overall leading to fewer victims of crime.

We know for a fact that prisoners who maintain close family ties during their sentences are nearly 40% less likely to reoffend. We also know that one of the key purposes of the UK’s criminal justice system is to reduce reoffending rates. This third group went all the way to the final by finding a way to use data to bring the criminal justice sector closer to its goals.

Records on prisoners’ social contacts is currently dispersed and of variable quality. Bringing this data together and improving its collection would allow prisons to plan additional support for prisoners suffering from a lack of social contact, helping to lower reoffending rates.

Reducing benefit fraud and error in the construction industry
The final idea from the Civil Service Data Challenge final proposed linking together existing datasets, so departments could reduce their losses to fraud and error – for example, identifying individuals who are underreporting their income.

Throughout the pandemic, fraud and error relating to universal credit increased greatly from £1.7billion in 2020 to £5.5billion in 2021. Universal credit is reliant on claimants self-reporting so there is much room for error or deliberate under reporting of income. When looking at the causes of overpayment of universal credit, self-employed earnings cause the greatest problem, with the construction industry accounting for a large proportion.

This idea suggested that systems, such as DWP’s Customer Information System and HMRC’s Construction Industry Scheme, provide real opportunities to greatly enhance the identification of potential fraud and reduce the financial impacts upon both government and the citizens. Not only would this integration of datasets act as a deterrent for fraud, but it was estimated that it has the potential to save between £12-£100 million per year.

Moving on, scaling up
Data is, as we know, crucial to the operation of everyday life in all fields, and the public sector is no exception. If governments are to make the best use of their data, then welcoming these type of lateral, forward-thinking solutions, offered by frontline civil servants at the Civil Service Data Challenge is required.

The Challenge demonstrated that there is a real desire for digital transformation, not only long-term strategists and decision makers within the public sector, but from their employees too. There were nearly 200 original ideas about collecting and using data put forward in the challenge. The eight longlisted ideas, and the four that made it to the final were deemed the most viable, and the most likely to offer return on investment for the Civil Service. But they are far from the only ideas out there.

Continued investment and exploration into the potential of effectively using data in the public sector is essential to its success. This is why the Civil Service Data Challenge was created. By providing the winner a platform to realise their vision, we can encourage the enhancement of data within government – helping it to reach its goals in innovative and tangible ways.

Vicki Chauhan has over 20 years’ experience in the Public Sector. Prior to joining NTT DATA UK, Vicki most recently held the role of Director, Central Government at BAE Systems Applied Intelligence