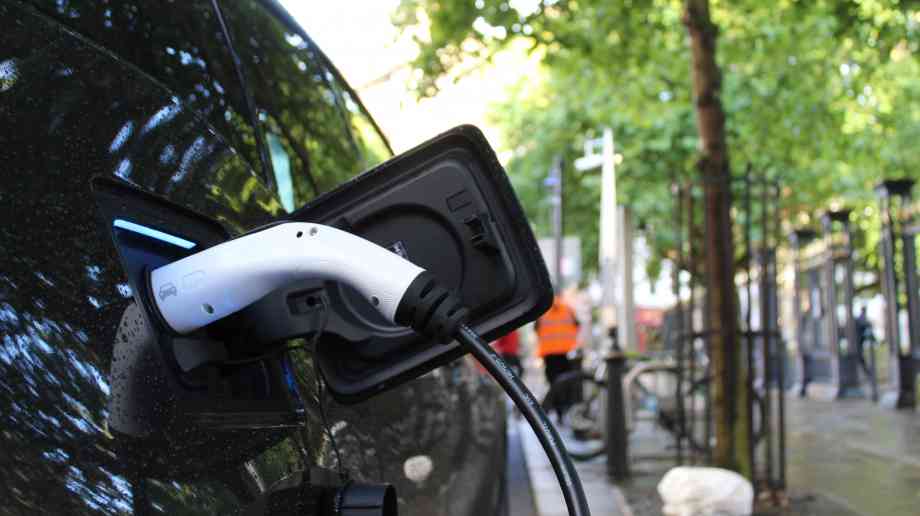 Following the government’s commitment on 18 November 2020, to ban the sale of new petrol and diesel cars by 2030, we will see electric vehicles (EVs) become increasingly mainstream in the next few years. Therefore, local authorities are considering how they will support the transition to electric vehicles.

Transport Minister Rachel Maclean comments: “Councils have an integral role to play in our transition to zero-emission vehicles. We have so far committed £1.3 billion to rolling out charging infrastructure, including £20m in the coming financial year, to support local authorities to install infrastructure for residents without off-street parking. We are working with councils to tackle any barriers they may face in accessing this support and I would urge councils that they must use the funding we have made available to ensure their residents can charge their cars quickly and easily.

“We have already supported the installation of more than 150,000 residential and almost 21,000 public chargepoints. This includes support to 145 local authorities to install almost 4,000 chargepoints and with further funding announced last month, even more people are set to benefit from better chargepoint access.” There are many considerations in the roll out of electric vehicles and local authorities are finding themselves navigating a new and at times complex area of work. Lessons can be learned from those local authorities that have more mature plans for the transition.

The Go Ultra Low Cities scheme was launched by the Office for Zero Emission Vehicles (OZEV) four years ago. The scheme’s aim was to create a cohort of eight exemplar cities or regions, to lead the way in promoting electric vehicles, tackling air quality, and reducing carbon emissions. The Go Ultra Low Cities were Oxford, Milton Keynes, Nottingham, York, Dundee, London, the West of England, and the North East.

Energy Saving Trust assisted OZEV to showcase each of the Go Ultra Low Cities projects by hosting an informative webinar series of events in 2020.

Some key themes and lessons were learnt from this series, to inform and help other local authorities to learn and develop their own projects in the future.

One size doesn’t fit all
Each local authority will have unique challenges and require different charging solutions to help solve issues including providing for residents who do not have access to off street parking.

One on-street charging approach was seen in Oxford, where a mixture of technologies were trialled, including lamp post charging, bollards and home chargers with cable gullies.

Alternatively, Milton Keynes and London looked at a community hubs solution, where chargepoints are provided in car parks near residential areas. In London, these chargepoints can also be used by businesses during the day.

Dundee focused on the rapid charging hub model, installing three hubs with a fourth planned. These hubs include six rapid chargers, three 22kW chargers and battery storage. The city struggled with an on-street solution, as lamp posts are located at the back of the footway, however, it has been trialling pop up chargers, similar to those tested in Oxford.

York is looking to ensure it has a mixture of charging types and sufficient infrastructure in the right places, such as council-owned car parks. The city is focusing on fast charging in council car parks and hyper hubs on the outskirts of the city.

Leadership and political buy-in
Dundee felt that leadership from the very top of the council was key to allowing the city to innovate in this area of work. The city’s council leader owns an electric vehicle (EV) and is an advocate for making the switch to electric.

Nottingham also had political buy-in, which it found invaluable. The city’s deputy leader, also an EV driver, was an electric champion throughout the project, helping Nottingham to navigate through any stumbling blocks.

Partnership working
In London, partnership working between the key stakeholders – Transport for London (TfL), 32 London boroughs and Highways England – enabled the project to progress successfully. The individual boroughs had limited resources to work on this project themselves, however, collaborating with TfL and Highways England allowed them to draw on additional knowledge and expertise.

Both Dundee and Nottingham found that working with their chargepoint supplier was essential for a successful chargepoint installation. The chargepoint operators have excellent technical expertise, while the councils were able to provide local knowledge.

Each of the Go Ultra Low Cities found it helpful and important to share ideas and knowledge, to avoid issues or mistakes others had made.

Lloyd Allen, Go Ultra Low West, said: “I was really grateful to have the ear of other Go Ultra Low Cities when developing our approach. Sharing information between local authorities is usually common currency. It really has been invaluable for us.”

Identifying internal resources
A dedicated officer was required to research and understand the EV charging market in the West of England region, to inform and make decisions on the procurement strategy. In many cases, this area of work plays just a small part of an officer’s role and it can be challenging to invest the time required.

Oxford made use of existing technical knowledge and expertise in other council departments. The city worked closely with colleagues in the highways department, who had wealth of experience from working on other projects which required managing and maintaining infrastructure on highways.

York made changes to its council structure to allow EV developments to be prioritised, including creating a dedicated EV strategy officer and a project management role to help deliver infrastructure projects.

Engaging your audience
Milton Keynes saw the benefit of running a behaviour change programme to facilitate the switch to electric vehicles. The project included promotion and marketing, as well as installing infrastructure. The city felt it was important to understand customer’s needs, and introduced an EV experience centre offering myth busting EV expert advice, vehicle displays and test drives.

Dundee delivered a local marketing campaign after the city realised that residents did not know what the EV charging hubs in the city were. The local authority organised focus groups looking at barriers and issues with local infrastructure, before developing a Drive Dundee Electric campaign.

The Drive Dundee Electric Campaign has since hosted several events, including a ‘Chat and Charge’ event, which saw Dundee Council meet electric vehicle drivers and members of the public at the EV hub to exchange knowledge and encourage the uptake of electric vehicles.

Feedback from local businesses in in Nottingham found that most preferred to learn from their peers, with business to business engagement proving more powerful and persuasive than information from council officers.

Considering other sustainable travel modes
Electric vehicles are not the only solution in the transition to low carbon transport in our towns and cities. EVs should be placed within a wider travel hierarchy that prioritises active travel and public transport journeys first and promotes trips by car only when there are no alternatives.

Oxford was keen to avoid installing install EV charging infrastructure in workplaces and shopping centres or supermarkets, as the city prefers to promote active travel and public transport to make journeys to these destinations, rather than risk ‘locking in’ car use.

Milton Keynes is continuing to focus on the wider sustainable travel picture by investing in electric buses, car clubs and demand responsive services, as well as EV infrastructure.

Dundee is installing micro hubs that not only provide EV charging, but also car sharing bays and electric bikes.

Each city is still very much at the start of their transition journey into providing EV charging infrastructure and all have learned valuable lessons from the work carried out in the last four years.
If you would like to find out more about any of the Go Ultra Low Cities, all webinar recordings can be found on the  Local Government Support Programme advice web page.

Energy Saving Trust’s Local Government Support Programme is funded by the Department for Transport and helps councils in England make better sense of their EV options. Our advice is free, independent, and tailored to different stages of implementing an EV strategy.