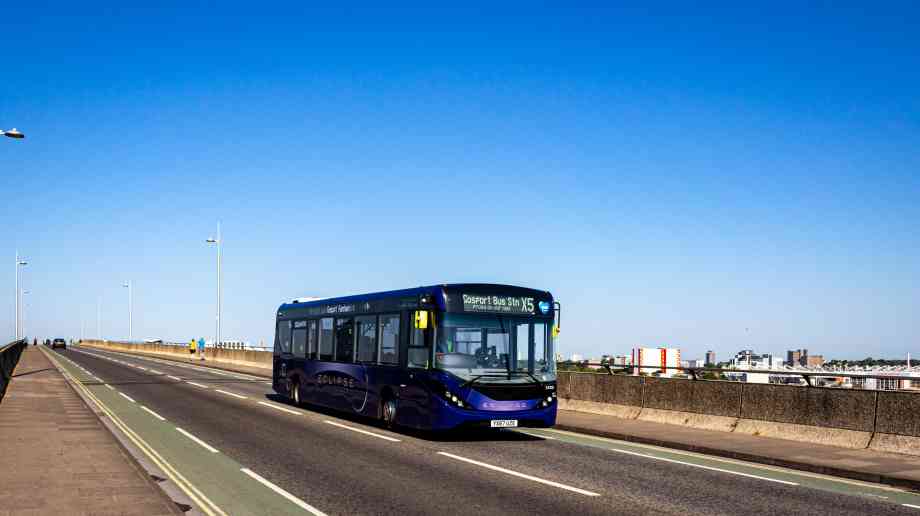 Local authorities are being given the powers they need to deliver successful public transport systems, but, as Paul Tuohy, chief executive of the Campaign for Better Transport, explains, the necessary funding and support must follow

Transport is a climate problem. It is the sector responsible for the most greenhouse gas emissions – almost a third of all UK emissions - and the sector making the least progress reducing them. The government’s plan to decarbonise transport and tackle climate change relies heavily on technology to replace fossil fuels in the medium to long term, which will of course play a big role. But while the plan does recognise the role public transport and active travel need to play overall, a much greater emphasis must be placed on policies to support the shift to public transport and active travel especially given the urgency of the climate crisis. But public transport and active travel are not only key to reducing emissions and decarbonising transport; they are also key to tackling air pollution and congestion in our towns and cities as well as levelling up economic prosperity across the country and winning hearts and minds, as the government recently discovered to its peril with the cancelled Northern Powerhouse rail plans.

With much of the everyday transport we use taking place at a local level, local authorities are key to delivering a low-carbon transport system as well as helping people to make greener transport choices. Local authorities are already required to produce regular Local Transport Plans, but new guidance, due to be published next Spring, will require local transport plans to set out 'how quantifiable carbon reductions will be achieved' with funding set to be 'dependent on those plans being robust, ambitious and achievable'.

The Transport Decarbonisation Plan also promised a Local Authority Toolkit soon, which will provide guidance and information to ‘help build business cases, develop innovative policies, secure funding, and deliver measures on the ground’. The toolkit and new guidance recognise the significant role local authorities have been given in the transport decarbonisation and net zero strategies, as well as the new powers handed to local authorities in the National Bus Strategy.

Local buses
The National Bus Strategy should help herald a new dawn for local buses. Back in 2011, we first published what would become an annual report on the state of local authority supported bus networks. It made for depressing reading, with year-on-year cuts to bus budgets and thousands of bus routes and services lost. By 2019, the last time we were able to compile figures, national government support for buses had reduced by £234 million a year in a decade and local authority funding for buses had been reduced by over 40 per cent. More than half of local authorities had cut their financial support for buses by half or more since 2009 with the result that well over 3,000 local authority supported bus services have been lost or reduced in a decade.

By far the biggest change in the National Bus Strategy is the greater emphasis placed on the role of local authorities in providing bus services. In many places one of the problems with bus provision is it is disjointed, split between different operators and not planned as a coherent local network. Local authorities are without doubt best placed to review local needs and work with operators to plan the services that best meet those needs, so the fact that the Strategy requires authorities to form enhanced partnerships with operators or move towards franchising is very welcome.

Of course, some authorities are better placed than others to do this. The afore-mentioned neglect of local buses means many authorities no longer have the capacity, expertise or resources to set up these partnerships. This was recognised by government and ‘significant assistance’ in the form of a £25 million fund and a Bus Centre of Excellence delivering a long-term support programme to build up local authority capability was included in the Strategy. This is an area where we have been able to work directly with the Department for Transport on a project to examine the current and future staffing and skills requirements within those local authority teams that have a role managing or co-ordinating local bus services and help establish the type of support they need from the Bus Centre of Excellence.

The Strategy also aims to accelerate the adoption of zero emission vehicles, but it relies on local authorities and operators working together to deliver this greener bus network. There is a long way to go: out of around 38,000 buses nationally, only about two per cent are zero emission and most of them are in London. That’s not a lot, given then government’s target to deliver 4,000 zero-emission buses by February 2025. Our recent research with local authorities showed that delivering the government’s target for zero emission buses was one area where many felt they lacked the necessary skills and knowledge. That’s why we organised a Zero Emission Buses Summit with the Mayor of London which aimed to help share skills and practical expertise among local authorities seeking to transition to a zero-emission fleet.

Community engagement
Reducing local emissions and creating modal shift away from cars and towards public and shared transport and active travel will require partnerships between local authorities and their communities. Many local authorities are already supporting community initiatives and we joined our partners in the Sustainable Transport Alliance at COP26 last month to showcase local initiatives helping to engage and empower people to achieve climate-safe, healthy and inclusive transport systems and behaviours. Ambitious levels of investment in active and public transport infrastructure and services will be needed to achieve net zero and local authorities must ensure they involve their communities in meaningful conversations about why that’s needed and the role we all need to play to decarbonise transport at a local level and to tackle climate change on a global scale.

Moving towards a sustainable future
There are lots of things the government can do if it truly wants to make public transport and active travel the first choice for most journeys. In the immediate term it must make public transport more financially attractive. It is currently cheaper to own and run a car than to use public transport. This can’t be right in the middle of a climate crisis and is no incentive to modal shift. We need a rail fare freeze for 2022 to match the fuel duty freeze and we need the fares and ticketing measures from the National Bus Strategy and Integrated Rail Plan which aim to make travel more affordable and simpler to be introduced as soon as possible. We need a national distance-based road pricing scheme to replace fuel duty and vehicle excise duty, as well as localised distance- or cordon-based road pricing schemes within our cities, with the money being collected by local authorities and used to promote public transport and active travel. Such local schemes are a good way to combat congestion and pollution.

We also need more local authorities to emulate the success of Nottingham’s workplace parking levy, not just in reducing traffic in the city, but in using the funds to invest in better public transport, and we need more towns and cities to prioritise bus routes to help improve journey times and reliability.

There’s lots to be done, but we have the blueprint for what makes a successful public transport system. Local authorities are being given the powers they need to deliver this on the ground, but the government must ensure it provides the funding and support to enable them to do so.