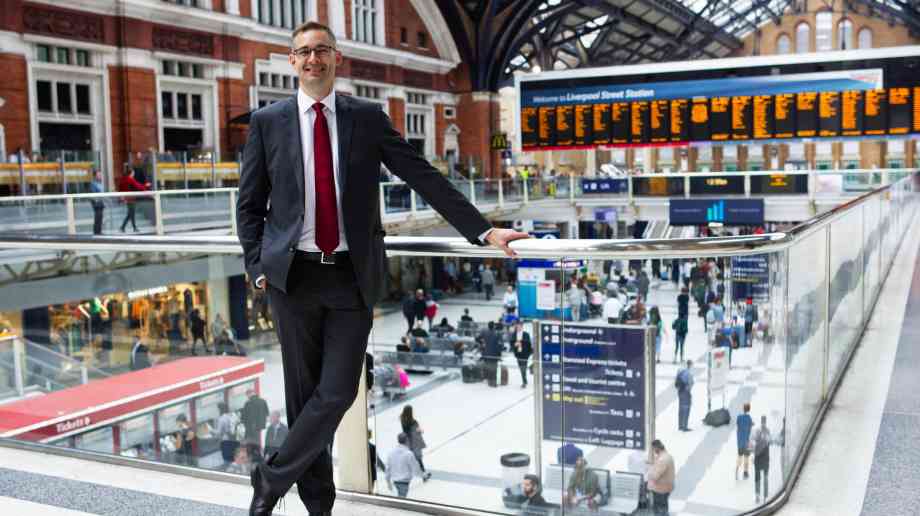 As I write, I have been in post as chief executive for Campaign for Better Transport for seven weeks. Much of that time I have been speaking with leaders in the transport industry, local government and Whitehall about the state of the nation’s transport networks, and how we can bring about a more sustainable transport system.

Over the past three weeks I have also spent time hearing opinions from across the political spectrum attending the Conservative, Labour and Liberal Democrat party conferences. There has been a diversity of views on the fringe of each conference, as well as on the conference stages. What is clear from all of these though is the alignment on what the problems are.

Roads in towns and cities across the country are becoming clogged with congestion affecting journey times, with car drivers or bus passengers equally impacted by traffic coming to a standstill. Appalling levels of air pollution are damaging people’s health and the environment, with particulate and NOx emissions a real and persistent issue for urban areas that is a public health crisis. Allied to that is the clear imperative to reduce carbon emissions to deliver against our commitments in the Paris Agreement to stave off an environmental crisis.

Rural communities across the country are even more deeply affected by transport issues, with far too many now being left isolated with no public transport, removing even the choice to move away from the reliance on the car. These transport deserts are expanding as bus services serving some communities disappear. Our recent Buses in Crisis report showed that in the last eight years alone more than 3,000 local authority supported bus services have been cut, further isolating people from neighbouring towns, employment opportunities and leisure facilities.

Add to that the poor levels of service regularly experienced by rail passengers - train services that arrive late, skip stations, or carriages that are crammed at peak times - contributing to diminishing trust in the railways and brewing anger on some routes

Beyond these more visible and tangible manifestations of the problems with our transport system is a more significant change that is only now starting to be felt by the industry and local authorities. The way we work, shop and travel is changing. Internet shopping, delivery services and home working is transforming the way we move around and between our cities, towns and villages. This will create further pressures on the existing system, changing the nature of the demand on our infrastructure, along with the expectations and needs of the transport users.

Local and regional integration
These problems leave transport bodies and local authorities with significant issues to tackle related to encouraging economic activity, preventing isolation, or improving public health. But it will be increasingly challenging to do so without the right focus, prioritisation and funding. What I have seen so far is a transport system that is fragmented, and isn’t always putting the interests of the passenger first. There is a need for a more seamless and integrated transport system led by local and regional bodies, as well as at the national level. We need a transport system that works for the communities it is serving, providing for their needs now, but also accounting for the changing nature of demand and decline that will affect the viability of some transport in the future. Allied to that is the need for the system to harness the opportunity of latent demand in some areas where the public transport system no longer meets the needs of local people, trapping both individuals and entire communities in a state of car dependency.

There are clearly changes that should come, and they should be focused on improving the well-being of communities, quality of life and the environment. But these outcomes and a focus on the passenger aren’t always apparent. Decisions that will shape the future of the system are going to have to be made in the coming years at the national level, including what comes from the recently announced review of the railways; the need to look at taxi and PHV regulation; and decisions on funding regimes and public subsidy that will have a profound impact on the ability of some services to continue, or investment decisions that will be made.

Future funding
The need to focus on outcomes is going to be most acute when it comes to decisions on funding. The benefits of sustainable travel are apparent and real for people and communities, as well as the economy, but they are not always recognised in funding decisions. The uncertainty on future funding, as well as reduction, or lack of revenue support, and a lack of capital funding are barriers to local government that hold back investment in the opportunities that a more sustainable transport system could provide. Given the clear benefits to air quality, health, employment and consumer spending it seems to me a no brainer to invest in sustainable transport to encourage people to walk, cycle, and move by public transport.

I believe that many local authorities agree with this based on what I have heard so far, but what is needed at this stage is that voice to be heard and acted upon in HM Treasury, the Ministry of Housing, Communities and Local Government and the Department for Transport. In reality the changes that are going to have the most impact on communities by making the transport system more sustainable aren’t the ones that will garner media attention; they will be the carefully considered plans for how the transport network integrates in an area, and how people are helped to choose a more sustainable form of transport. But they are the ones that we must encourage the government to fund and support further than it currently does.

With the Spending Review due next year, and a Budget very soon, there are choices that the government can make to support a more sustainable transport system and provide the powers and funding to enable local authorities to deliver what works for their community. I believe there’s an opportunity through encouraging a more sustainable transport system to address the problems we are facing as a nation and bring benefits to local communities across the country.