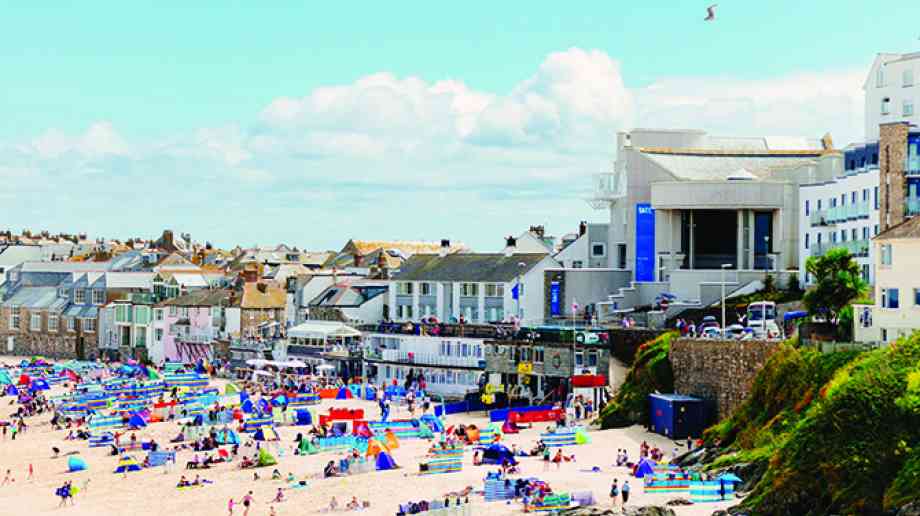 A new government tourism strategy to encourage visitors to travel beyond London was announced in August. Ufi Ibrahim, chief executive of the British Hospitality Association, looks at economic importance of the tourism sector and the potential in creating coastal powerhouses

Everyday, most of us have contact with one of the four and half million people working in UK hospitality and tourism. Every time we eat out, pick up a coffee, go to the pub, check into a hotel, visit a gallery or theme park, theatre, cinema, sports or other event. Similarly, every visitor to the UK, be they visiting on business, trade, diplomacy, visiting friends or on vacation, are welcomed and served by our industry. We provide the critical infrastructure needed to turn the cogs of UK plc and we represent the ‘face’ of Britain.

Our industry is not just a vital part of how we live and work, it is a linchpin of our economy. Hospitality and tourism is the fourth largest industry in the UK, accounting for 10 per cent of GDP, equivalent to £143 billion, generating 12 per cent of service sector exports and supporting jobs for 14 per cent of the UK workforce.

One in five of all new jobs created in the last Parliament was in hospitality and tourism. Over a third of the workforce is under the age of 25, three times the proportion of under 25s working across the economy as a whole. We are on track to deliver a further 100,000 jobs within the next four years. These facts underline the importance of this industry to the country and to the modern leisure society that we have become.

Tourism matters
Perhaps it is because our businesses and colleagues are absolutely everywhere and integrated in our lives that our industry is taken for granted. Hospitality and tourism does not get the government attention it deserves.

For all its value, responsibility in government sits in the Department of Culture, Media and Sport (DCMS) and the Parliamentary Under Secretary who is responsible also has sport and royal parks in her brief. With deep respect to the DCMS, surely our industry should be a matter for the Secretaries of State of the Treasury, Department for Business, Energy and Industrial Strategy and International Trade. We should not be regarded as a so-called ‘Cinderella’ industry. It one of the few industries that cannot simply relocate to other nations. Hospitality and tourism matters.

Take for instance the issue of workforce supply in the light of the decision to leave the European Union. The British Hospitality Association (BHA) estimates that a minimum of 15 per cent of the workforce is from the EU, which equates to 700,000 jobs. In some areas the percentage of EU migrant workers is considerably higher. For example, in London and many coastal economies, the percentage of EU migrant workers is as high as 40 per cent. Since 2011, the UK labour market has become more competitive with unemployment falling so, as a result, the number of non-British workers in hospitality and tourism has risen.

It is clear that any further growth in such a labour intensive industry would necessitate more staff and this demand cannot currently be met from the domestic job market. The industry is striving to recruit and train domestic workers through various initiatives in partnership with DWP, such as Hospitality Works and the Big Hospitality Conversation. We also successfully encourage apprenticeships and publicise the fantastic career opportunities but the pool of available people is just not big enough. This is why the BHA is calling on the government to consider a realistic timeline to reduce the number of EU migrants to ensure that our industry continues to thrive.

Economic advantages
Another of our concerns is the rate of VAT. At the British Hospitality Association, we are part of a campaign to cut the rate of VAT on tourism attractions and accommodation to five per cent from the current 20 per cent. Currently, 25 of the other 27 EU countries have reduced tourism VAT and the UK’s rate is almost twice the European average.

The economic advantages are clear. Nationally, at today’s prices, a reduction would create 116,000 jobs, contribute up to £4 billion to GDP each year and provide £4.2 billion for the Exchequer over 10 years. Tourism is the UK’s sixth largest export earner and a cut would increase these exports. It would halt the long term decline in the UK’s tourism balance of payments and improve the UK trade balance by £20 billion over 10 years. It would be good for the wider economy too: for every £1 of tourism spend a further 70p is spent in the wider local economy.

A study using the government’s own economic model, conducted by Treasury Advisor Professor Adam Blake, found that cutting tourism VAT is ‘one of the most efficient, if not the most efficient, means for generating GDP gains at a low cost to the Exchequer.’ Cut Tourism VAT has the support of 166 MPs from all parties and can be done immediately without any new domestic or EU legislation. Its time must surely come.

Coastal powerhouses
A VAT reduction in tourism VAT would also assist regions that have not recovered from recession, especially those in rural and coastal areas. The BHA recently published a report Creating Coastal Powerhouses which examined the problems facing our coastal communities.

The report stated that statistically people living on the coast are more likely to be poorly educated, unemployed, unemployable, lacking in ambition and living in low-quality housing than those living in similar inland communities. Nine out of the 10 most deprived neighbourhoods in England are seaside communities.

The report called on the government to implement a seven-point Coastal Action Plan to Save our Seaside. This included a call for the appointment of a powerful Seaside Tsar to oversee the delivery of a Coastal Investment Strategy and the creation of Coastal Action Groups and Coastal Enterprise Zones. It also called for a progressive tax environment to encourage investment as well as a VAT cut.

The report also identified the need for investment in critical infrastructure, including improve broadband and rail and road links, and for investment in improved education and training. The last ask was for local authorities to be supported in their attempts to tackle social issues and housing problems.

As Dermot King, the managing director of Butlin’s, said: “As major investors in the hospitality and tourism sector we will play our part, but a national initiative across all government departments is required to coordinate action and tackle these important social and economic issues.”

I like to think that we can turn the tide - and we should not forget that lots of people love our seaside. Let’s return to figures: 250 million visits are made to the UK’s coast each year, generating £17 billion to the economy.

There are other issues with which we are involved – notably the safety of the food you are served anywhere in the UK, whether it be a swanky restaurant or a humble take-away. We publish the Catering Guide to Good Hygiene Practice - which is the officially recognised guide to food hygiene.

We speak to government, the media and the public on behalf of 45,000 members, representing large hotel groups, theme parks and B&Bs in Blackpool. One of our latest recruits is Liverpool FC. Like the footballers at Anfield, we have to be fast on our feet too.