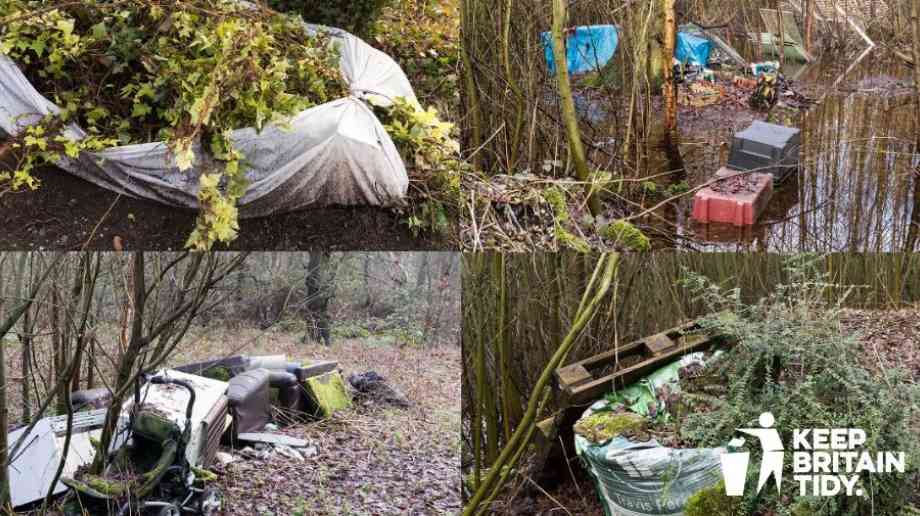 The statistics showcase a two per cent rise in incidents, with two-thirds of fly-tips involving household waste. The release of the data has prompted the Local Government Association to call for reforms to help councils tackle fly-tipping.

As well as the LGA, Keep Britain Tidy is urging the government to let councils keep the income they receive from landfill tax and reforms to the waste carrier licensing system to stop rogue traders exploiting loopholes.

Allison Ogden-Newton, chief executive of Keep Britain Tidy, said: “Local authorities should get income from the landfill tax which, as things stand, they pay but don’t get back. This money would provide investment into a system that is broken, the red flag for this crisis is fly-tipped rubbish devastating communities everywhere.”

Keep Britain Tidy has developed a multi-faceted seven point action plan in a bid to halt this worrying upward trend and put a stop this this scourge on our countryside once and for all. The full action plan calls for measures to make it easier for households to do the right thing, and encourages stiffer sentencing in magistrates courts for those who are found to dump waste illegally.

David Renard, environment spokesperson for the Local Government Association, said: “Fly-tipping is inexcusable. It is not only an eyesore for residents, but a serious public health risk, creating pollution and attracting rats and other vermin. It also costs local taxpayers almost £50 million a year to clear up.

“It is good to see a rise in the number of fines issued to the worst offenders in 2019/20. We continue to urge the government to review sentencing guidelines for fly-tipping, so that offenders are given bigger fines for more serious offences to act as a deterrent. Manufacturers should also contribute to the costs to councils of clear up, by providing more take-back services so people can hand in old furniture and mattresses when they buy new ones.”

In addition to the seven point action plan, Keep Britain Tidy worked with Newham Council and its residents to design a pioneering programme of behaviour change pilots to tackle fly-tipping. The pilots achieved significant results, with reductions in fly-tipping of up to 70 per cent achieved in some areas. Other benefits included improved resident understanding of the fact fly-tipping is illegal and of the damaging impacts it can have on communities and the environment.

Newham Council is now rolling some of the pilots out across the borough and Keep Britain Tidy is scaling up the successful interventions nationally in addition to piloting new interventions to tackle the issue which will be scaled later this year.