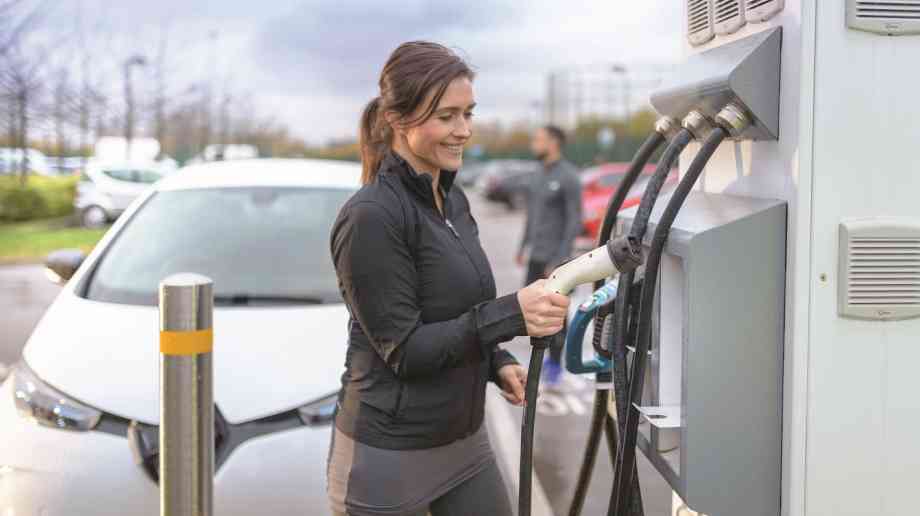 Zemo’s Neil Wallis, Head of Communications, and Jonathan Murray, Policy & Operations Director, discuss the agenda of the EV Energy Taskforce and the electrification of road transport

So, the landmark COP26 climate conference in Glasgow has come and gone. While the science is demanding even more rapid response, climate-focused action is firmly on the agenda in the UK and worldwide.

The electrification of our road vehicle fleet is a key focal point for climate action; one of the brightest stars in the firmament in terms of UK Government policy. Indeed, ‘Transport Day’ at the COP was headlined by the UK’s ground-breaking announcement that all vehicles sold for operation on UK roads after 2040 will produce zero emissions at the tailpipe. The news followed the UK’s commitment – made earlier this year - to phase out all cars and vans with tailpipe emissions from 2035 (and those without ‘significant zero emissions range’ from 2030).

The electrification of the UK’s car and van fleets is well under way already. In the year to September 2021, over 16 per cent of new car sales had a plug attached (9.6 per cent BEV – battery electric vehicles – and 6.6 per cent PHEV – Plug-in hybrid vehicles) . There are signs that sales of fully electric vehicles are pulling away from PHEVs, suggesting a growing confidence on the part of users in the vehicles and infrastructure available to support them.

While the UK market for electric cars and vans has taken off and – judging by the many commitments of support from both manufacturers and public authorities – it now appears to have unstoppable momentum, the same is not yet true of heavy commercial and longer-range vehicles. Range, weight and payload challenges have not yet been resolved in terms of the electrification of some commercial vehicles and coaches and the jury is still out in terms of which technology will dominate the future in some niches.

The future of PHEVs
However, there has been significant progress towards the electrification of urban and shorter range vans and commercial vehicles and a growing range of product now available. Progress in battery weight, size and costs may yet see the technology become virtually ubiquitous across road transport.

For cars and vans, there remains an active debate about the purpose of PHEVs and to what extent hybrid technology will be required after 2030. The government has yet to finalise the details of the 2030-35 requirement in terms of zero emissions range that will help to determine the future for PHEVs over that time period but it’s conceivable that vehicle and battery technology (and, critically, the supporting recharging infrastructure) may have advanced sufficiently to render the question mostly theoretical. (Zemo Partnership is active in this space, currently running a project focused on increasing utilisation of batteries in PHEVs to help ensure they are used in a more optimal way than some reports have suggested to date.)

So, with some caveats, the electrification of road transport is now well under way in the UK and attention has already turned to the implications for the electricity network and the necessity of bringing energy industry stakeholders together with their motor industry counterparts in ways that have not hitherto been the case.

It’s clear that there are high stakes here and significant opportunities if we manage the transition well. Power generation is rapidly decarbonising and, already, there are occasions when the UK even enjoys a surplus of capacity over demand. The intermittent nature of renewable energy generation can be a great complement to the arrival of large scale energy storage in the form of vehicle batteries, drawing power when there’s a surplus and releasing it for other uses when there’s higher demand. It’s clear that there are great opportunities if we’re smart in the way we manage the introduction of recharging infrastructure.

The Electric Vehicle Energy Taskforce
These are part of the raison d’être of the Electric Vehicle Energy Taskforce which is convened by Zemo Partnership to bring stakeholders from the energy and automotive sectors together to make proposals to government and industry to ensure that the GB’s energy system is ready for and able to facilitate and exploit the mass take up of electric vehicles. Over 350 organisations have so far contributed to the work of Taskforce, which is now in its third phase of work.

The Taskforce’s Phase One concluded in November 2019 with the delivery of a ground-breaking report ‘Energising our Electric Vehicle Transition’, which presented 21 hard-hitting proposals describing what’s needed to successfully electrify our road transport system by no later than 2050.

The proposals set out in this report are the result of the engagement, cooperation and goodwill of hundreds of organisations, spanning electricity distribution and supply, transport, energy retailers and charge point operators, the automotive industry, investors, local authorities, data and tech companies, consumer advocacy organisations, equipment manufacturers, regulators and central and local government. Attention has been paid to international developments, prior research and the work of other related task forces.

Three key priorities which emerged from the Phase One report were:

•    The urgency of developing standards and codes of practice to enable interoperability and the sharing of data within the electric vehicle sector and with the electricity system.

•    The need for effective local and national planning and coordination to enable efficient investment, mediating the balance between future-proofing and asset stranding.

•    The criticality of smart charging; underpinned by a resilient network and clear market signals, to reduce the cost of supplying millions of EVs.

These three priorities run through the Taskforce’s 21 proposals. Underpinning the proposals is a key defining principle; that the EV transition is best served if there is alignment with the needs of EV drivers, fleets and other road users.

The Taskforce’s Phase Two has focused on moving from proposals to practical, implementable actions with a further report published in October 2020, supporting the initial findings and recommendations.

Phase Three is now defining and quantifying the optimal routes for delivering the EV charging infrastructure we’ll need before the middle of the century, and the enabling conditions which will be required.

As a precursor to this, the Taskforce is in the process of publishing four guidance documents which represent the start of these plans. The reports focus on:

•    Encouraging Investment in public EV charging in the UK

Three further reports are to be published in the coming months. These will culminate in the first authoritative quantification of the electric vehicle parc, the type and mix of charge points required, and the impact on the electricity network and generation, through to 2035 and beyond. This is intended to provide greater certainty in terms of how the UK delivers the energy system to support the electrification of cars and vans.

We’re in the midst of an accelerating revolution in road transport that provides great opportunities as well as many challenges. Getting this right will mean the creation of a resilient, efficient mobility system that provides better outcomes for drivers, business fleets and freight operators than the transport system it will replace.