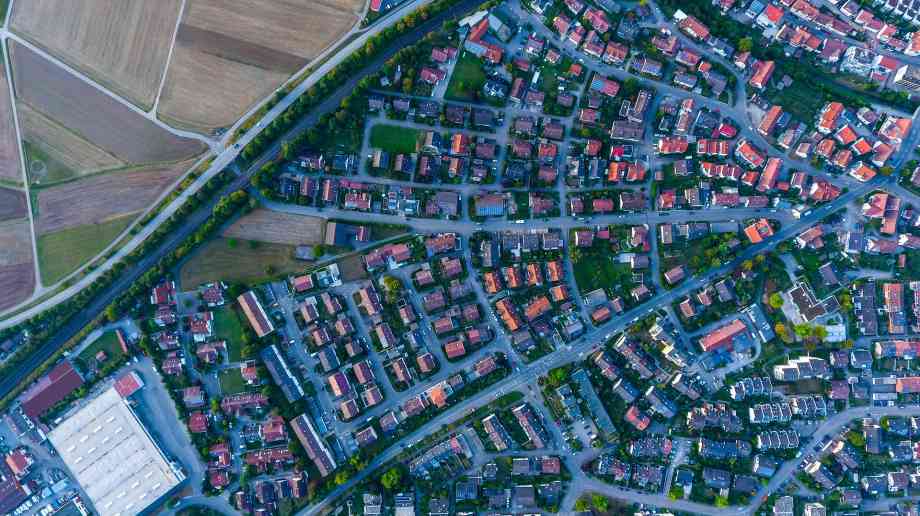 National and local policy makers are continuing to rule out the reform which would have the greatest impact in high-demand cities – building on the green belt. Anthony Breach of Centre for Cities explains why policy makers need to be braver and bolder in addressing the current housing crisis

There has been a flurry of proposals on housing policy at city and national levels since the general election, from national policy makers to city leaders, but most are avoiding the solution in closest reach. Advocates for affordable homes are increasingly calling for the idea that would most immediately relieve the housing crisis – reforming the green belts.

The reality is that Britain is not building enough new homes. We need to build a minimum of 250,000 homes a year, but we are still falling 100,000 short at the highest build rate in a decade. However, these shortages do not play out evenly across the country. Instead, the housing crisis is particularly concentrated in Britain’s growing, high-productivity cities – mostly located in the Greater South East – where demand for workers and homes is highest. The Mayor of London Sadiq Khan’s recent draft housing strategy notes that while London should be building at least 50,000 homes a year to keep up with demand until 2035, it is building fewer than 20,000 a year. As the second and least affordable cities in the country, London and Oxford are building fewer homes per person than Barnsley, the second most affordable city in Britain.

This shortage in housing squeezes living standards, fuels poverty, and chokes growth. As the Mayor of London’s draft strategy points out, a third of private renters in London are spending more than half of their income on rent, while one in fifty Londoners are now homeless. Research from the US finds that restrictions in land usage that cause an undersupply in housing in their most productive cities have potentially lowered American productivity by 12 per cent since 2000 and slowed GDP per capita growth by 50 per cent since the 1960s. This highlights the scale of the risk to national and urban economies in the UK if we fail to build enough homes in the places that need them most.

Over the recent party conference season, the Conservatives and the Labour Party both put forward proposals to address the unaffordability of housing by forcing the price of it down, including the government’s £10 billion expansion of the ‘Help-to-Buy’ scheme and Jeremy Corbyn’s suggestion for rent controls. Unfortunately, these will not address the housing problems in the least affordable cities, as they are demand solutions to a supply problem. Subsidising the housing costs of a few will not increase the amount of construction, but just distort the market in ways that can be unpredictable and make the housing crisis worse for others.

More promisingly, a number of improvements have been proposed by the Mayor of London and the government to increase the amount of new homes being built. In addition to the more than £3 billion reserved for 90,000 affordable homes in London by 2021, the Mayor wants to help small and medium-sized builders, improve the construction industry’s skills base, and build 10,000 homes on Transport for London land. In terms of innovative approaches, Sadiq Khan wants to raise a further £250 million from land value capture to fund new housing starts, and is asking for the government to devolve London’s £4.3 billion stamp duty revenue to the city, something we at the Centre for Cities called for in our 2015 report Beyond Business Rates.

In its Housing White Paper, published earlier this year, the government improved its definition of housing need to take into more account the pressures particular areas are experiencing, to urge local authorities to permit more housing where affordability is lowest. The same proposals also included provisions to enable developers to build homes more quickly, build a greater variety of tenures and sizes, and encourage higher density building in cities.

The limits of brownfield approaches
But despite the ambition and merit in these plans, the reforms proposed by both national and local leaders do not go far enough in tackling the shortages in Britain’s most high-demand cities. Although Sadiq Khan and the government want to prioritise development on brownfield land, there is too little to meet our housing needs. If London met all of its annual need for housing on brownfield land, all of the land would be used up in less than eight years. Even this is an overestimate, as three decades of a 'brownfield-first' approach to housing has already creamed off all but the least suitable sites for new homes. Those brownfield locations left are unusually expensive, complex, or undesirable to develop and are therefore less viable for affordable housing, if they are viable at all.

There is even less brownfield land in the growing cities outside of London. Bournemouth, for example, has capacity for fewer than 3,500 homes on brownfield land in the city limits, Cambridge fewer than 2,500, and Oxford only 2,000 new homes. Even assuming that building homes on all of this land was desirable in terms of getting the right balance between residential, commercial and public buildings in those cities, there is just no longer enough brownfield land to build the number of new homes that are needed.

Rethinking green belt land
The short supply of land to build new homes on could be solved if we were prepared to consider green belt land with little environmental value close to existing infrastructure. Our report Building Homes Where We Need Them shows that if 60 per cent of green belt land within 2km of a train station in Greater London was developed into suburban housing, an additional 432,000 homes could be built. Rolling this out to the rest of the capital’s green belt would make land available for a further three million new homes – but the Mayor of London has ruled out any building on the city’s green belt land.

Green belt reform would unlock homes in other high-demand cities too. Across the ten least affordable cities in Britain including Oxford, London and Bristol, building on less than five per cent of green belt land in the ten least affordable UK cities would supply 1.4 million homes close to train stations. These new homes would be cheaper to develop and more locked into existing infrastructure than those on the country’s remaining poor-quality brownfield sites, making it possible to supply more affordable housing.

At the moment, almost no housing is built on the green belt. From 2014 to 2017, local authorities released 170 hectares of London’s green belt for development – just 0.03 per cent of the capital’s green belt land, which at 514,030 hectares covers an area three times the size of London. However, both the government and the Mayor of London have ruled out building on the green belt (in their housing white paper and draft housing strategy respectively). This will not only block hundreds of thousands of potential new homes, but imposes a hidden cost by making the housing that is being built on brownfield land more scarce and therefore less affordable to the wider public. In other words, Britain’s high housing costs subsidise the lack of new homes on green belt land.

This green belt reform could be done with increasing density in our cities. London in particular is unusually low density for a city of its size and global role, and replacement housing stock in cities should prioritise 'missing middle' housing to improve this. But a meaningful increase to the density of UK cities would be a long-term process requiring the demolition of existing housing in the short-term. To solve the housing crisis now, we need construction on green belt land.

While some argue that the green belt is intended to prevent sprawl, the green belt in fact forces sprawl to spread even further out. Londoners are forced by the shortage of housing in London to move out to cities and towns like Milton Keynes, Reading, Crawley, and Colchester that lack green belts and commute back into London. This 'leapfrog' of sprawl is more destructive to the countryside and polluting than smart releases of green belt land closer to cities. Any loss to the environment from development could be compensated by swapping in valuable and beautiful land for protection on the outskirts of the green belt.

Britain’s housing crisis can be traced back to a range of factors, but the most important is the shortage of new homes. By ruling out new homes on the green belt, both local and national government are leaving the lowest-hanging and largest fruit unpicked, making housing less affordable for the public. To solve Britain’s housing crisis, green belt land will have to be released – the only question is when.