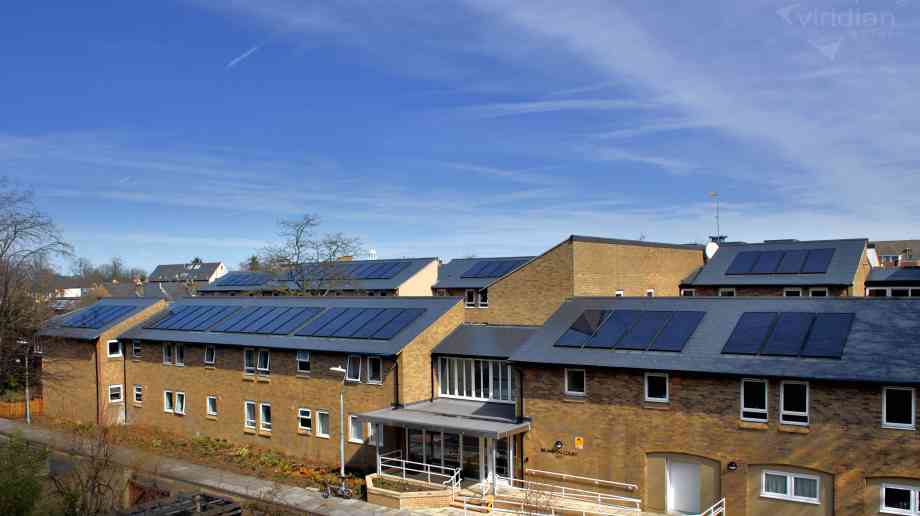 Solar: profit for your purpose

Leonie Greene, Head of External Affairs at the Solar Trade Association, explores the benefits and potential of local government and the solar industry working together to accelerate progress towards smarter, solar energy

Solar now meets four per cent of UK annual electricity demand. There is consensus across the energy sector that solar and storage sit at the heart of the emerging ‘smart’ new energy system. This decentralisation of generation assets directly empowers households and communities and, if they so choose, local government itself. In this exciting new era of clean energy innovation, local councils have more opportunity than ever before to take a stake in the provision of energy and to reap potentially tremendous rewards.

So when it comes to the future of energy, the potential role of local government looms large. That is why we are developing a short guide for local authorities, to be published in the Autumn, showcasing the best of local government solar initiatives so that we can help to accelerate the dissemination of best practice, both proven and innovative.

Embracing solar delivers many benefits for councils and their communities; from providing reliable fuel-poverty alleviation, to delivering modern housing developments and smart infrastructure, to saving money and unlocking new sources of revenue. At their most strategic and ambitious, councils are transforming who owns and supplies energy and they are injecting smart infrastructure into new developments from the design stage. They are using storage alongside solar to tackle fuel poverty. They are even expanding local energy generation now to negate the need for future costly and disruptive street works that grid reinforcements will cause as electric vehicle ownership expands.

The economics of solar
Councils are asset rich, owning over £170 billion of land and property. But council income has been cut drastically in recent years making commercial innovation a necessity to preserve essential services. Some councils have resorted to selling their assets, forgoing their long term public value, while many are investing heavily. Solar enables councils to turn unused land (even landfill sites) and forgotten rooftops into valuable, revenue-earning assets. The case studies in our guide demonstrate solar presents a low-risk investment option with wide social, economic and environmental benefits.

The economics of solar will continue to improve and the plunging costs of storage will soon further enhance the investment case. The uniquely long-term perspective of local councils, together with exceptional terms of finance, means that they are in the enviable position of being able to deliver many solar applications, including solar farms, without subsidy today – while the commercial sector waits for the stars to align. These ‘sweet spots’ for solar investment (highlighted in this report) will continue to expand rapidly. While the Feed in Tariff scheme (FiT) is less relevant to the economics of solar today, with only 18 months left of the FiT scheme councils can improve rooftop project economics if they act now.

There are several ‘no-brainer’ areas for local government investment today. One we are particularly keen to highlight is the powers local authorities retain to stipulate higher energy performance standards for new buildings. Confusion reigns in this area following the Housing Review and Deregulation Bill. We need to end the confusion.

Minister Lord Bourne confirmed that councils would retain their powers earlier this year in the Lords, saying: “The noble Baroness asked specifically whether local authorities are able to set higher standards than the national ones, and I can confirm that they are able to do just that.”

Our report, Solar for Housebuilders, shows how cheap and attractive it is to install solar while building new homes today. Increasingly our members find even mainstream developers are enthusiastic about solar. Higher building standards implemented by the London government and the Scottish government last year, both driving solar, show no dent whatsoever in build rates. Councils can take a clear line on their requirements, as Sheffield and Bristol have done so effectively, or they can take a more relaxed approach. But every council should take an approach.

Onsite consumption
The other obvious area for solar investment is across the council’s own estate. Solar returns are at their best when a large proportion of power is consumed onsite – exactly the case for the great majority of council premises, including schools. The FiTs from 10-50kW provide a particularly sweet spot, such that we are surprised not to see far greater uptake.

And no-brainers don’t come any bigger than where local authorities are undertaking a modernisation programme of their buildings that includes rooftops. Cambridge County Council, for example, installed 28.5kW(p) of rooftop solar when they renovated Brandon Court, which provides social housing for people over 60. Brandon Court now benefits from 23,543 kWh of annual energy generation saving around £1,765 per year, according to our estimates. Environmentally, Brandon House offsets 12.3 tonnes of CO2 every year – the equivalent of planting 429 trees.

Even for councils where access to finance is more challenging, Swindon has demonstrated the huge appetite among local communities to invest in solar alongside their council. The recent HMT rule change allowing peer-to-peer loans to be rolled into tax-free innovative finance ISAs, an investment most people are very comfortable with, has now opened up solar investment to the masses. Swindon’s ISA-eligible solar bond offer raised £2.4 million in a few weeks.

At the Solar Trade Association (STA) we understand the economics of solar investment in depth (not least as UK leaders on the EC PV Financing project), and we know that local authorities can make solar farm economics stack up today while the commercial industry waits for the stars to align – indeed, West Sussex is doing just that. The potential for local authorities to partner with their own communities to finance ambitious schemes is genuinely exciting. It’s also a valuable opportunity for local people to invest for their future, given the very poor interest rates available these days.

The focus on solar power for councils should sharpen across key regions with the Greater London Authority’s (GLA) Solar Action Plan, published in draft, as well as the expected Solar Strategy from the new Metro Mayor of Liverpool, and the Manchester Smarter Cities Program supported by the new Manchester Metro Mayor. We’ve been delighted by the UK100 initiative where 67 councils have now committed to 100 per cent clean energy by 2050. Some councils have even greater ambitions, like Camden and Redbridge, both with bold 2020 carbon reduction targets. And St Edumundsbury, a top investor in solar, which aims to cut CO2 60 per cent by 2025.

The progressive actions of the London and Scottish governments in support of solar have been in contrast to recent actions taken by the UK government, which have been deeply disappointing. No other technology has delivered such unprecedented cost reductions in such a short space of time, and provided quality jobs all over the UK, while maintaining unprecedented levels of public support. Globally, no other energy technology promises a bigger future global market.

So it is difficult to see why the government has excluded solar, one of the cheapest clean technologies, from competing in auctions for clean power. Truly alarming was the business rate rise on rooftop solar for self-consumption of up to 800 per cent from this April, a measure we will continue to strongly argue against as the new Autumn Budget approaches. Councils have been in touch to tell us how difficult this measure will be to enforce, since two identical installations could pay business rates at up to a 1,200 per cent difference, depending on ownership structure - truly a bizarre situation. Schemes can restructure to qualify for the (much) lower rate and information on how to do this is freely available on our website, though we regret its necessity.

All of this, together with concerns about the UK meeting its climate and air quality obligations, make it more important than ever that the solar industry and local government find ways to work together to accelerate progress. At the STA we’re keen to do just that and we’d be delighted to hear from councils who want to share with us what they are doing, or to learn more about what solar can do for them. Storage will further enhance the many benefits that solar can deliver, but even today, solar can help you and your constituents to profit for your purpose. 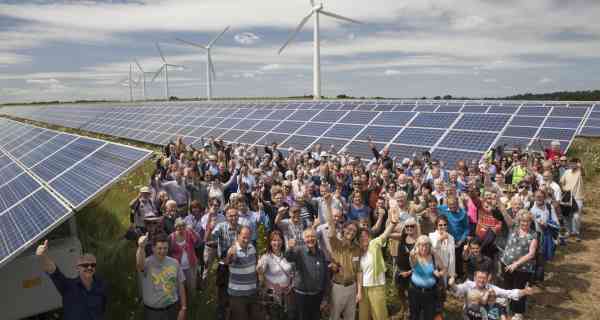