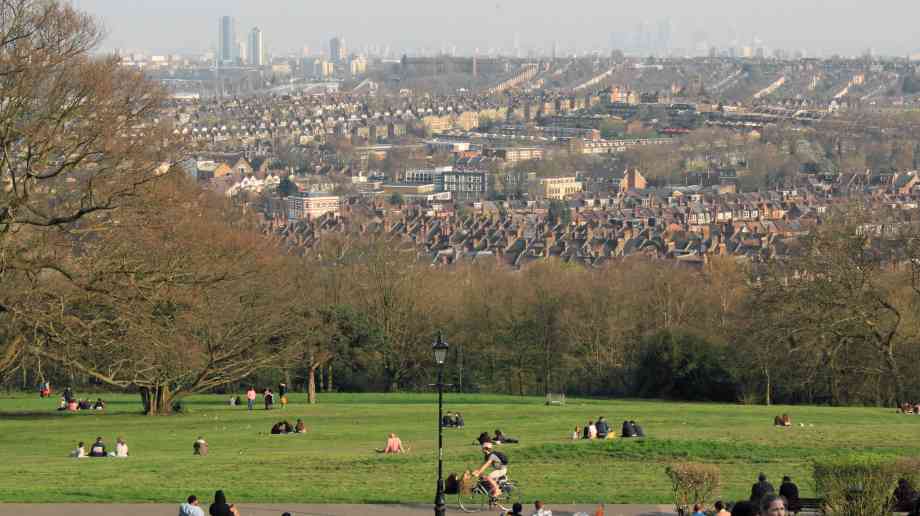 Few public services have such a cross-cutting impact as parks and green spaces. Helen Griffiths, chief executive of the Fields in Trust, explains why

Parks and green spaces are arguably the most universal of all our public services. They are used by the entire community, from pre-school children through to retired adults. Green space is a defining part of our local landscape and these publicly owned, civic spaces have something to offer to all.

Whilst we might think our parks and green spaces are pleasant places to stroll in the sun – or play on the swings with children or grandchildren, our new research, Revaluing Parks and Green Spaces, shows these spaces actually deliver over £34 billion of health and well-being benefits to UK residents each year. This represents people enjoying greater life satisfaction including improved physical and mental health, directly from regular use of parks and green spaces.

Since 1925, Fields in Trust has been protecting land for play, sport and recreation in perpetuity and campaigning for recognition of the community health and well-being value of these spaces. Whilst recognising the urgent need to build new homes, it is vital that all neighbourhoods, and particularly children, should enjoy healthy active outdoor recreation within walking distance of home. All local authorities have tough funding decisions to make – and there is a temptation for cash-strapped councils to irreversibly auction off its green space assets; not only to generate immediate income, but also remove a longer-term maintenance liability. Our parks are facing increasingly challenged futures and local authority funding cuts could have a damaging impact on the nation’s health.

Yet unlike education or libraries, parks are a discretionary service which councils have no statutory duty to provide. Whilst the number of visitors to parks is rising, investment has decreased, and maintenance has been reduced. The 2018 survey from the Association of Public Sector Excellence paints a bleak picture for publicly-funded services, with continuingly declining investment. Of the parks professionals who responded 95 per cent either ‘agree’ or ‘agree strongly’ that ‘lack of investment in parks and green spaces will have health and social impacts’. Additionally, the 2018 Local Government Information Unit (LGIU) report demonstrates that this troubling situation is widespread.

Many councils struggle to cover the costs of delivering statutory services; no surprise then to find budgets for all other areas of discretionary spending squeezed. Whilst most council taxpayers assume their parks and green spaces will always be there, there are no guarantees that any local authority will maintain a local park when reducing budgets are stretched across the whole range of adult and children’s community services. LGUI reports that financial difficulties will force councils to cut many core community services. Over half (53 per cent of councils) say they will be reducing parks and leisure activities in the current and future year’s budgets.

In recognition that the future of parks was at a ‘tipping point’, the House of Commons Communities and Local Government Select Committee (CLCG) established an inquiry in 2016. Our evidence submission emphasised the importance of revaluing parks and green spaces for the health and well-being contributions they deliver, ensuring public funding for parks and green spaces was commensurate with their positive impact on communities. The CLGC committee report recommended that local authorities should collaborate with Health and Wellbeing Boards and produce Local Plans, which articulate the contribution of parks to wider social objectives and set out how parks will be managed to maximise such contributions. The committee also expressed the need for new valuation methodologies.

Green Spaces for Good
It is in this context that Fields in Trust launched our new corporate strategy Green Spaces for Good. Fields in Trust champions and supports our parks and green spaces by protecting them for people to enjoy in perpetuity. Because once lost, they are lost forever. This new strategy is underpinned by rigorous research which attempts to reframe the conversation. Rather than valuing parks for what the they cost to maintain – or could realise as a capital asset if sold for housing – we think we should measure the physical health, mental health and well-being values that they contribute to the individuals and communities who use them for play, sport and recreation.

Visitors don’t pay to visit their local park or green space – and we want it to stay that way. Yet just because something doesn’t have a price it doesn’t mean it doesn’t have a value. Our research shows what we all intuitively know; green spaces are good – they do good and they should be protected for good. We need to provide robust evidence to demonstrate this to policymakers and politicians, so our research was compiled using HM Treasury approved ‘Green Book’ methodology for valuing non-market goods.

Revaluing Parks and Green Spaces demonstrates NHS savings of at least £111 million per year, just on prevented GP visits from those who regularly use parks – this doesn't include savings from treatment or prescriptions so actual savings to the taxpayer will be significantly higher. Whilst in the overall NHS budget this is a small percentage, it could pay the salary of 3,500 additional nurses.

Our research also calculates that parks and green spaces provide a total economic value to each person in the UK of just over £30 per person, per year. When we applied welfare weighting for income to this calculation (the first time this has been done at a UK-level), the value more than doubles when we look at individuals from lower socio-economic groups and also people from black Asian and minority ethnic backgrounds.

Responding to a challenging financial position, local authorities are exploring new models of ownership and management of parks and green spaces; many reliant to some extent, on volunteer support for alternative management structures. Yet, according to the government data sets Taking Part, Understanding Society and Community Life, BAME communities and lower socio-economic groups are respectively nine per cent and 11 per cent less likely to volunteer than the national average. There is a real risk therefore that inequity in provision of good quality green space becomes exacerbated in areas with high levels of BAME communities and lower socio-economic groups. Despite these groups assigning a higher relative value to parks and green spaces than the national average, we could see a disproportionate impact on disadvantaged and underrepresented communities, precisely those who value them most and reducing service where there is the highest need.

Although central to none, conjecture on the role of parks and green spaces is present in many government policies. Defra’s recently published 25-year plan to improve the environment is remarkable in many respects – not least its ambition which extends across five parliamentary terms. One of the stated aims is to connect people with green spaces to improve health and well-being, recognising the need to focus on disadvantaged areas.

Reduced health inequalities
The 2015 DCMS strategy suggests sport can make a meaningful and measurable improvement to people’s lives. Whilst evidence indicates the need for parks and green spaces close to where people live, the DCMS strategy is silent on the importance of these spaces that are fundamental to achieving the goals of a ‘more active nation’. Numerous policy areas such as the Child Obesity Plan for Action and The Welsh Government’s Well-being of Future Generations Act (2015) demonstrate that health problems disproportionately impact on lower socio-economic groups. As a devolved matter parks and green spaces have been considered by the Scottish Parliament Local Government and Communities Committee where we submitted evidence in person.

Our research draws on evidence that shows increased availability of good quality local green spaces across the social gradient can contribute to reduced health inequalities. Yet the continued decimation of the UK’s parks and green space services is negatively impacting the lives of lower socio-economic groups more than other sectors of society.

Few public services have such a cross-cutting impact as parks and green spaces. If creating more joined-up service provision using fewer resources is key to the work of local and central government then investing resources in one area of public service which delivers across multiple agendas is surely an efficient approach.

Our research enables a strategic position on the provision of parks and green spaces to be adopted and we are hopeful that we will make progress.

Welcoming the report, Rishi Sunak, Parks and Green Spaces Minister at the MHCLG, said: “Fields in Trust’s research highlights not only the vital role that outdoor spaces play in improving our health but also their economic value. These findings will play an important role in informing how we achieve our goal. I look forward to taking this forward with Fields in Trust and the Parks Action Group as we work towards ensuring our parks work for local communities for generations to come.”

By identifying areas where investment will have the most significant impact on individuals, parks and green spaces can contribute to improved physical health, mental well-being, community cohesion and health inequalities. In the autumn of 2018 the MHCLG Parliamentary scrutiny committee will reconvene to consider progress made since their report into public parks. We believe that changing the conversation to recognise the role that parks can play in funding prevention, rather than cure, is crucial to sustaining their future.

The government has potential to save at least £30bn a year
Collaboration needed to fill the strategic planning void
Social care needs to fill more than 100,000 vacancies
A million children under restrictions to lose free school meals
New funding and guidance for supported housing