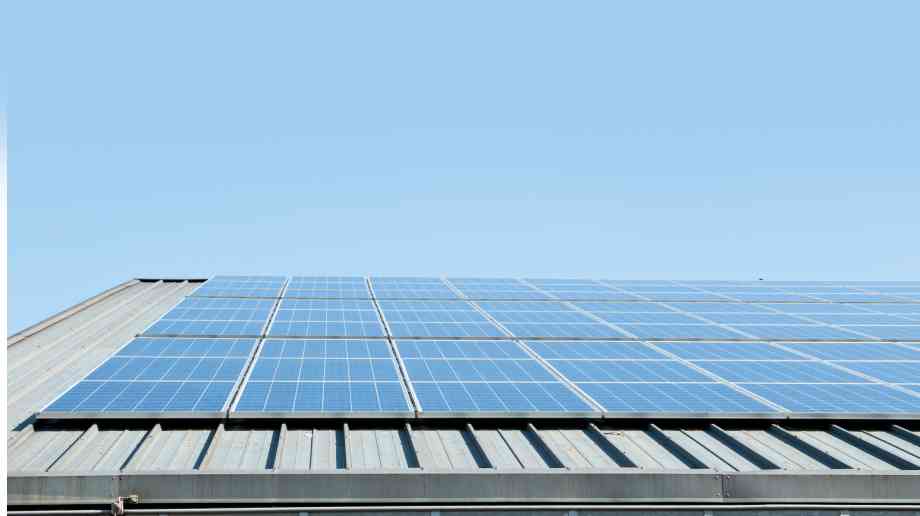 Renewables: a central part of the UK’s future?

With renewable energy facing a tumultuous year, the Renewable Energy Association (REA) looks at how the sector can adapt to become a practical solution to a more decentralised grid.

It is not hyperbolic to say that the second half of 2015 was the most challenging time the nascent renewables energy industry has ever faced. For over a decade we have seen growth, and in some cases, such as solar PV, an explosion in deployment.

At the REA we have grown with the industry. Set up in 2001, the evolution of ‘alternative energy’ through to the mainstream is in our DNA. From a cottage industry spoken about in fantastical terms to standing on the precipice of delivering energy cheaper than fossil fuels. The economic direction is clear, 2015 saw the tipping point of renewables attracting more investment than traditional fuels.

The renewables industry
The renewables industry should be a point of national pride and success, showcasing British ingenuity and innovation. We made ground-breaking strides in developing wind turbines in the eighties, we have the intellectual jump on the rest of the world in terms of marine energy. The cost reductions seen in solar are only in small part due to cheaper panels (the EU has a protectionist trade barrier for PVs). The British solar industry has driven down costs in the same way the British cycling team has revolutionised their sport, through the ‘aggregation of marginal gains’, a thousand minute improvements that are the difference between winning and losing. At a time when nuclear is going up in cost coupled with doubts over deliverability, solar costs are still dropping and can be deployed quickly, cleanly and sustainably.

The cost of new renewables may now in fact be cheaper than those for new the fossil fuel generation. I say in fact because there is no way of knowing. No new gas station has been commissioned in the last four years, and the last plant to open in 2012 started construction in 2008 after many aborted attempts. The nearest viable new gas generation we have is Trafford, who quote they need £72MWhr to complete. The current wholesale price is around £40MWhr, leaving a £32 gap that needs to be plugged if the UK is going to get our new capacity from fossils. For reference, the last round of renewable contracts, solar and wind both came in at around £79. However, that was February 2015 and the costs will have certainly reduced further. But in a twist of events, it looks as though 2016 will see a new gas subsidy, the nuclear deal still supported by energy consumers at £92.50MWhr and, even more bizarrely, diesel receiving subsidy, yet arguably the cheapest of all new generation options, wind and solar, will be blocked from having access to any market. To summarise, government policy now subsidies diesel, but blocks the cleaner most cost effective choice.

Government subsidies
How did we get here? It is undoubtedly exacerbated by low gas prices, making new capacity unattractive for energy companies whilst costing more in certain existing subsidies which top up the difference from the wholesale price. But whilst the low wholesale price is out of the government’s hands, the assault on renewables is not. In fact, the blame is pointed squarely at the government unshackled from coalition.

Many trade bodies and green groups condemned the Conservative Manifesto before the election. The REA was alone in giving, albeit trepidatious, support. Our belief was based on the rhetoric around cost effectiveness, coupled with a record of delivery from Conservative Ministers such as Greg Barker. It was also a case of better the devil you know, and with the REA representing biofuels, which although practical, cost effective and sustainable, have also on occasion drawn the ire of some on the greenish left with the perfect standing in the way of the good.

In any case, we had assumed, along with the many others, that a Conservative Manifesto would be tempered by the Lib Dems, with the commitment to the scrapping of onshore so obviously a token to be traded away in coalition negotiations. Well, we got quite a few things wrong as it turns out.

Fast forward to the day before Parliament rose for their Christmas break. The solar, anaerobic digestion, hydro and wind sectors were waiting for the inevitable mass dumping of government news in which would contain the finalised levels of subsidy following the initial slashing of 87 per cent. In the end it was a mere 60 per cent cut in subsidy with an overall cap of £100 million for the entire microgeneration and domestic sector. And with that, the 13th negative policy announcement in six months was complete, unluckily for us.

Part of the shock was the optimism there was in the industry heading into 2015. The REA annual jobs and investment publication, REview, showed another record breaking year in terms of investment, coupled with a strong jobs sector with nearly 120,000 directly employed in renewables.

Those facts were coupled with the knowledge that we were close to cost parity with fossil fuels, the so called glide path to grid parity was clear and the main industry ask was policy certainty from government. Policy certainty that would insure confidence in the finance industry to create the robust business models needed to base a sustainable industry; free of subsidy and further government interference by the next decade.

Where do we go from here?
Firstly, the industry has to move on from last year and to come to terms with the new government agenda. This is painful to do and many well run, credible companies will depart the scene. But the overall direction of renewables is clear and is an unstoppable global movement. Whilst we may have to spend a couple of envious years looking towards our partners in other countries longingly, wishing for their apparent ease, we need to get back to doing what we have already shown we are capable of, namely of innovation and finding UK solutions to UK problems.

Whilst the era of subsidies is coming to a premature and abrupt end, renewables and new technologies can still find a use in some of the biggest policy problems we face in one of the oldest and most complex energy markets in the world.

Some of these problems are merely of an ageing infrastructure. In September, the then chief executive of the National Grid, Steve Holliday, summed up the shift in thinking that is going to have to happen:“The idea of baseload power is already outdated. I think you should look at this the other way around. From a consumer’s point of view, baseload is what I am producing myself. The solar on my rooftop, my heat pump – that’s the baseload. Those are the electrons that are free at the margin. The point is: this is an industry that was based on meeting demand. An extraordinary amount of capital was tied up for an unusual set of circumstances: to ensure supply at any moment. This is now turned on its head. The future will be much more driven by availability of supply: by demand side response and management which will enable the market to balance price of supply and of demand. It’s how we balance these things that will determine the future shape of our business.”

That is a business case for renewables that doesn’t rely on targets or subsides, but of economic and consumer terms. There is a very real problem with the old way of thinking that is no longer suited to modern realities, and renewables offer part of that practical solution in a more decentralised grid.

The second is the financial environment we inherit. The old model of big pieces of kit is increasingly unrealistic. For a nationalised system it would still perhaps be practicable to fund power generation in the billions for a single project, but as demonstrated with Hinkley Point C, it is proving near impossible to raise capital. Smaller gas plants are also proving difficult, with policy uncertainty playing its part and the low wholesale price too. But large energy companies are also sitting on reduced reserves with little incentive to risk hundreds of millions in a new asset.

Smaller, easier to fund projects are looking much more attractive and can have much lower financing costs.

California is undoubtedly leading the way but the UK is looking to catch up quickly. Kilroot in Northern Ireland is a 10MW plant recently opened, with plans to extend to 100MW. National Grid has announced a tender for 200MW of enhanced frequency response capacity which resulted in 68 project submissions totalling 1.3 GW.

This is why the REA is launching the Decentralised Energy Forum and recently published a KPMG report on decentralised energy. It showed the cost reductions for energy storage, underlining the grid benefits for a less centralised system and the move to demand side and balancing systems.

2015 was a chastening experience for anyone in the industry but it should not dampen our optimism for the future. 2016 will see new business models evolve and new opportunities for our members and the path forward is already clear.