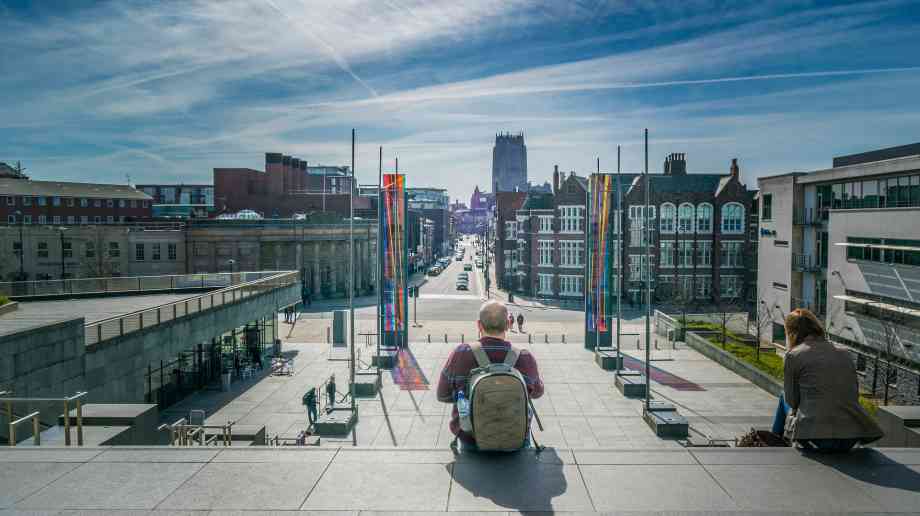 The recipe for unlocking cities’ prosperity

The first issue that government should address to unlock the prosperity of urban areas, both large and small, is a lack of funding for local authorities, says Andrew Carter, chief executive of Centre for Cities

A somewhat surprising consequence of the recent Brexit debates has been the return to talking about issues much closer to home, most notably the so-called ‘left behind places.’ The Prime Minister’s promise of £1.6 billion for Britain’s most disadvantaged smaller urban areas is certainly a welcome one, irrespective of the politics and motivations behind it. However the extent of its success will depend on how it is spent.

Measures to increase the economic prosperity of disadvantaged urban areas need to take account of why they are struggling in the first place and address the reasons behind it. Rather than repeating approaches of the past by using the funding to prop up struggling businesses, or build shiny new buildings that lie vacant, or to poach jobs from other places, or to offer subsidies for the next big economic opportunity, policy makers should focus on the basics and implement solutions rooted in the evidence. There is no easy ‘transformative’ solution but there are steps that can be taken that will make a difference.

The first issue that government should address to unlock the prosperity of urban areas, both large and small, is a lack of funding for local authorities. In the past decade the total budget for local government has fallen by over 60 per cent - more than any other department.

When it came to delivering these spending reductions, local authorities covering large urban areas, predominantly cities, bore more than their fair share of the brunt. Our Cities Outlook 2019 report provided an analysis of the scale of these cuts and found that despite being home to 54 per cent of the population, they shouldered 74 per cent of all reductions in local government spending. This is equivalent to a reduction of £386 per city dweller since 2009/10, compared to £172 per person living elsewhere.

Digging deeper into these findings, the unfortunate reality is that poorer cities in Northern England and the Midlands have been most negatively affected by spending reductions. Liverpool saw public spending fall by the equivalent of £816 per resident since 2009/10. Barnsley’s funding fell by 40 per cent, Wakefield’s by 30 per cent, and Stoke’s by 24 per cent.

While this was not the intention, it played out this way because cities in the North and Midlands tend to have weaker economies than those in the South so have been unable to make up the loss of central government funding through other means, such as from Business Rates or council tax receipts.

While this fall in their spending has made councils efficient and more effective, they have clearly reached a stage where the cuts are now having a negative impact upon cities’ economic prosperity.  The need to their communities’ social care demands has meant deep cuts to spending on activities designed to support the prosperity of their places. Spending in this area has fallen by 41 per cent in the past decade. If we want increase the prosperity of cities and see them playing a greater role in contributing to national economic success then we need to avoid cutting services that underpin their long term prosperity to meet short term financial decisions.

Given the Prime Minister’s promised £1.6 billion has been dubbed the ‘Towns Fund’ you may be thinking why am I talking about cities rather than towns. Unfortunately much of the current public debate around left behind places perpetuates an old city-verses-town mentality. Cities do well because towns do badly. This ignores the underlying reality that many of Britain’s cities, particularly those in the Northern half of the country, are underperforming when compared to their Southern counterparts

This arbitrary distinction between the two also ignores the reality that many cities and towns do not exist in isolation from each other – economically or politically. The establishment of metro mayors in recent years means that many of the towns likely to be in receipt of this money sit within the broader city-regions of Greater Manchester, Merseyside, and the West Midlands metropolitan area.

Towns and cities
This brings us to a second issue. To increase the prosperity of left behind towns requires an understanding of the connection between those towns and their nearest cities.

Cities are dependent on high-skilled workers from nearby towns for their economic success. In 2011, 18 per cent of towns’ populations commuted into cities. This amounts to almost 800,000 jobs – half of them highly skilled and highly paid. While these people may earn their money in a city, they spend it in the town where they live – bringing a welcome boost to the town’s economy.

Furthermore far from suffering because of their proximity to cities – what is sometimes referred to as the ‘sucking out syndrome’ – Centre for Cities’ research suggests that towns actually receive a boost in terms of commercial and industrial investment as a result of being close to cities that have a larger share of high-skilled industries based in them. In other words the strong performance of a city improves the performance of these towns nearby.

How should the recognition that the links between towns and cities can help unlock prosperity in the left behind places that the Prime Minister has pledged to support be used to inform policy? Firstly, it enables us to take a step back and place the economic challenges of particular cities or towns within their broader context. Often, when we do this we find that the most effective solutions are addressed at the city-region level.

Take the example of transport. If left behind towns are struggling because of the infrequent and unreliable transport services connecting it to nearby cities then the solution should be to invest in improving the transport system. However, while Whitehall is too remote to plan this effectively, individual local authorities often lack the capacity and scale to manage these projects on their own which also tend to span several local authorities – think about the metro system in Greater Manchester.

The most effective way to manage infrastructure investment that connects cities and towns is at the city region level. Coordination at this scale would and improve connections between towns and cities in Britain’s left behind places. It would also begin to address the political problem revealed by the Brexit process – the very centralised nature of the country’s political system where central government controls, or at the very least significantly influences, most of the decisions that affect the everyday lives of people across the country. A system that people in many parts of the county feel doesn’t work for them.

Greater devolution
This leads to the third important change that needs to happen if we are to improve the prosperity of Britain’ cities, towns and the nation: Greater devolution of money and powers.

Cities and towns should be given the fiscal tools they need to effectively manage their finances. Many of the negative consequences of the reductions in council spending over the last decade could have been at least partially mitigated if cities had more control over how they raised and spent local taxes and charges. Currently public charges raised in one area can only be spent in that area – parking charges on transport, planning charges on planning. This makes little sense when councils are struggling to manage competing demands.

In the next spending review the government should give councils the discretion to choose how they spend money raised from public fees and charges. This common sense approach would give local government much more financial freedom, and would cost the Treasury practically nothing.

The government should also lift the ban on councils setting multi-year budgets. The current 12 month timeframe encourages short-term thinking in city halls and makes it difficult to set the long-term strategies needed to drive economic prosperity, such as public service reform, and transport and housing projects.

In addition to giving city leaders more control over how they raise and spend money, the government should also make it easier for them to access the various pots of money designated for encouraging economic prosperity. The mayors of Greater Manchester, Liverpool City Region, South Yorkshire and Tees Valley are already lobbying the government for control over how the UK Shared Prosperity Fund is spent. This needs to happen.

To further the devolution agenda the roll out of elected metro-mayors to Britain’s largest city regions without one should also be a priority. After some uncertainty about the future of city devolution, the government finally provided some clarity on its view by rejecting the One Yorkshire Devolution Plan in favour of city-region deals that reflect the economic geography of the area. Now it has done this the government should ensure it works with Yorkshire’s city-regions to make this happen.

I began this article by stating that there is no easy route to improving the prosperity of Britain’s so-called left behind places. While this is true, there are steps that the government could take to support their economic performance. More fiscal freedoms, coupled with increased democratic accountability and a coherent understanding of the economic geographies of these places are the right place to start.

The case has been made, now we need to wait to see how the government responds.