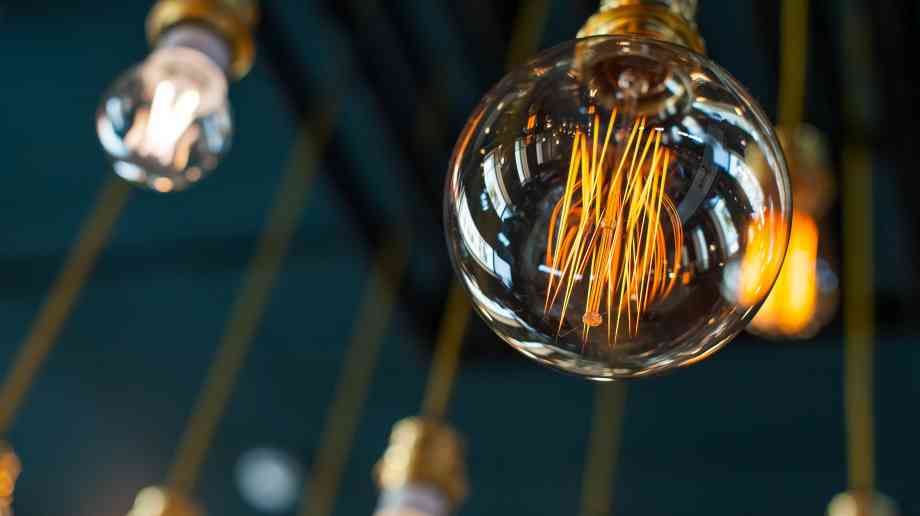 Putting the LED revolution in the spotlight

LED lighting is now widely considered as the logical choice for almost any lighting application. Peter Hunt, chief operating officer at the Lighting Industry Association, analyses the benefits of LED lighting, including the well-publicised increasing efficiency savings and the less known well-being boosts

The humble incandescent light bulb was a revolution when it was invented in the 1870s and has remained in service, largely unchanged, until legislation removed it a few years ago. Fluorescent lamps have been with us since the 1930s and more recent versions have delivered huge energy savings, bridging the gap between incandescent and the new era of LEDs.

The LED revolution has now truly arrived as the technology matures. Efficiencies continue to increase and, importantly, prices have dropped to a level which makes them a logical choice now for almost any application. Early LEDs were a cool blue colour but as they have developed, the range of colours and their ability to render natural colours has increased dramatically. Now we can have our cake and eat it- efficient lighting and a better lit environment.

The benefits don’t end there. The longer life of LEDs mean they require less maintenance, a major factor to consider in environments where access is limited, expensive to reach or requires services to be closed such as tunnels for example. The cost of replacing one lamp involving two men and a cherry picker can be as high as £500 so if an LED lasts twice as long as the lamp it is replacing, it has inevitably paid for itself even before the additional energy savings are considered.

The UK has around 7.5 million street lights and around one third of these have already been replaced by LED versions. Further advantages in this arena are that the white colour enables people to recognise colours which was not possible under traditional sodium lighting and, as a digital technology, they can be more intelligently controlled by sensors further reducing wasted energy. So why are some local authorities switching off street lights all together? There is no doubt that energy prices will continue to rise but highly efficient, low maintenance lighting can mitigate these rises and provide a safer environment. Consumers have been up in arms the length of the UK where street lighting has been simply switched off and many people do not feel safe going out at night into the dark.

There have been negative stories about LED street lights in the press concerning intrusive glare through property windows but there is no excuse for this if using well designed products and a well-designed scheme. In fact LED street lighting can be specified to light very specific areas in a bespoke fashion that was hitherto impossible with other technologies.

With a global trend towards a Circular Economy, sustainability is high on the agenda for all local authorities. The lighting industry has consistently reduced the levels of mercury in discharge lamps to a tiny fraction of the early lamps but LEDs contain no mercury at all. LEDs give rise to a significantly reduced carbon footprint in both embedded carbon during manufacture, energy consumed in use, extended life reducing the need for regular replacements and a lower environmental cost at end of life.

Human centric lighting
Most of us can recognise bad lighting in a space through dim work areas, glare, cold colour and inadequate or no controls. On the other hand whilst we recognise a good feeling when we walk into certain rooms, we may not be consciously aware that it is due to good lighting.

Nevertheless, little is known in public and politics about human centric lighting. A general consensus in society that good lighting is essential for a person’s well-being has prevailed for a long time. But discussions have been superficial and are often not driven by facts. This is the result of the challenges of separating causes and effects, which often seem vague and depend on individual appraisal of surrounding conditions. After the 2001 discovery of a third photoreceptor in the human eye, in addition to rods and cones, it emerged that effects on circadian rhythms could be related to specific light conditions. This represented a major leap forward, facilitating further research and development activities by both academia and industry. Today, specific lighting solutions can be produced and installed in ways that specifically support the human circadian rhythm, enhance concentration, prevent sleeping disorders and improve overall well-being.

The non-visual effects of lighting can be classified into three groups – Feelings, Functioning and Health. Feelings include our mood, vitality or state of relaxation. Functioning refers to our state of alertness leading to increased concentration and vigilance and cognitive performance including memory, comprehending languages, reasoning, problem solving, creativity and decision making. Health effects relate to the sleep-wake cycle, the rhythm of rest and activity controlled by our biological clock which is essential for optimised functioning by day and good recovery sleep by night. SAD, ADHD and schizophrenia have all been linked to biorhythmic disturbance.

In schools for example, specific lighting solutions can significantly improve concentration and cognitive performance and lead to improved test results. For example, research suggests that error rates dropped from a first to a second test by about 45 per cent (comparison group with conventional lighting only 17 per cent) and cognitive speed improved by nine per cent (comparison group only five per cent). In addition, such lighting solutions can reduce motor restlessness, support alertness in the morning and improve social behaviour. Furthermore healthcare costs were reduced by 10 per cent due to reduced ADHD effects, efficacy of treatment for mental disorders improved by 18 per cent and staff turnover was reduced.

We spend on average 87 per cent of our time inside buildings which means we are shielded from a major part of the effect of daylight. It therefore seems logical that we should emulate the effect inside the built environment. We know that the colour and amount of light we use and how long we are exposed to it are important considerations. Daylight is not static, it changes throughout the day. It produces bright blue-rich light in the morning to send us a ‘wake up’ signal but exposure to that same blue light at night can be disruptive to sleep.

In the evening daylight provides a lower level warm light which prepares us for rest. Light is a form of medicine and we should use it wisely. This understanding is relatively new but already we are able to develop light ‘prescriptions’ that can alleviate symptoms of Alzheimer's disease and help reduce depression.

What else can LEDs offer?

The digital nature of LEDs already allows them to drop right into the Internet of hings (IoT) and lighting systems can now be controlled by a series of sensors which react to daylight, room occupancy and activity. Lighting systems can be monitored for efficiency and planned maintenance by flagging up when a light fixture is underperforming and predicting its failure.

But there’s more. The invention of visible light communications or LiFi is set to bring about a revolution in data transfer as every light point has the potential to send and receive data. Not only that but as visible light has around 10,000 times the band-with of the radio spectrum currently used for Wi-Fi, the use of light in the data-hungry world is almost inevitable.

Using LiFi, buildings can react to their occupants. Retailers can tailor offers knowing you are in the store and help you find what you want through positioning using lighting. Office buildings could recognise an individual and provide illumination to suit their lighting preferences (older people require more light to read by for example). Street lights can become more than a simple light emitter and could provide additional services such as sensing parking spaces linked to car sat navs, providing data nodes for city communications, alerts for traffic congestion and accidents.

New ways of procuring lighting are also arriving. ‘Light as a service’ is gathering pace where a lighting scheme is installed and operated by a company which contracts to provide light to an agreed specification. The finance, installation, maintenance and in some cases, energy costs are included in a leasing arrangement.

All good news so where’s the catch? Well the LED revolution has not been overlooked by the unscrupulous and a plethora of companies have jumped on the band-wagon offering often sub-standard products with exaggerated claims on performance and energy consumption. Any installation will require payback analysis and if any of the manufacturer claims are false these calculations will be awry. As always the advice is to buy from a reputable supplier such as Lighting Industry Association members who are required to undergo random product inspections, comply with strict codes of conduct and meet quality assurance levels to ensure they offer compliant products that perform as claimed. The Lighting Industry Association has its own ‘state of the art’ test laboratory to support its members’ needs and prove their claims.