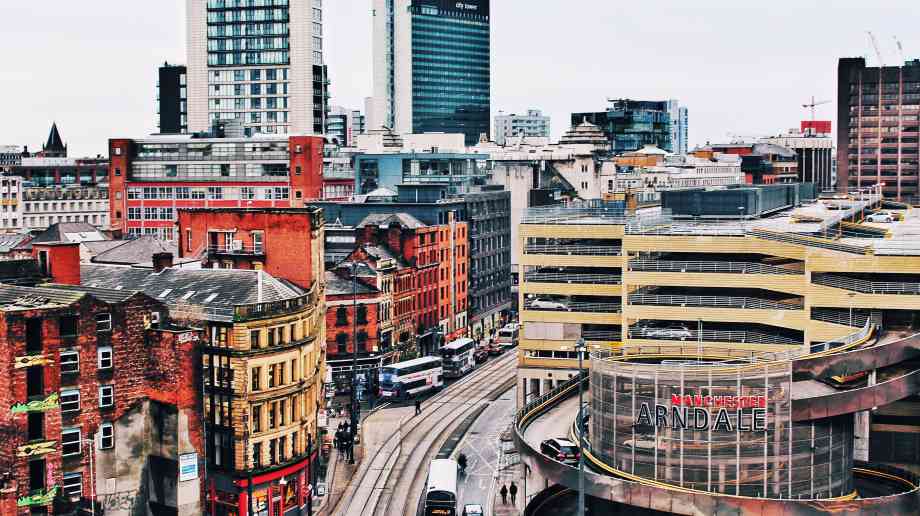 Manchester’s growth into a leading international city is continuing at pace, attracting increasing numbers of visitors, investors and conference organisers. 2019 stands to be a significant milestone in this growth as the city bolsters its efforts to attract some global players.

Traditionally, Manchester is a city associated with the industrial revolution, music and sport. However, Marketing Manchester, the agency responsible for promoting Manchester on an international scale, is working to spread the message that while these are certainly important to the shared identity of the city, they don’t tell the whole story.

Indeed, as the city develops and its reputation grows, Manchester is increasingly becoming known for sensational dining, provocative culture and as a comprehensive meetings and events destination, famous for a warm welcome.

Conferences
Coming up in 2019 the city will be looking forward to some large-scale conferences, particularly in the life sciences and healthcare sector.

In May the British Contact Lens Association will bring more than 1,000 delegates to Manchester from around the UK and overseas. Then in June the city will welcome the 58th Annual Conference of the Particle Therapy Co-Operative Group, where experts will come together to discuss the latest developments in oncology and radiotherapy, and celebrate the centenary of Ernest Rutherford confirming the discovery of the proton – another Manchester first.

In October Manchester will host the IEEE Nuclear Science Symposium & Medical Imaging Conference 2019. Held in Sydney last year, the international event gathers experts in radiation detection instrumentation for use in nuclear science, medical imaging, and space. Then looking to 2020, the city will be gearing up for the European Resuscitation Council Congress, an important year where professionals in emergency medicine will deliberate recent updates to resuscitation guidelines.

Turning away from science, Manchester will also welcome the 2019 Conservative Party Conference back to Manchester Central convention venue in October. Manchester has had many successful years of hosting major political party conferences in the city, and looks forward to repeating the success this year.

These conferences and many more are delivered with the support of Manchester Convention Bureau, the meetings and events arm of Marketing Manchester.  The team specialise in event and client support and provide a range of complimentary services for organisers looking to host an event in the city.

Hotels
In recent years there has been a significant increase in new hotels opening across the Greater Manchester region and this trend shows no sign of slowing down. The number of rooms available in Manchester city centre is set to increase by up to 40 per cent by 2020.

The first major opening for 2019 will be London Warehouse. The former Place Aparthotel on Ducie Street is undergoing an extensive refurbishment to bring out the character of the Grade II listed Victorian railway warehouse, creating 166 design-led serviced apartments operated by the Native group.  Also on Ducie Street will be the £25m luxury Dakota Deluxe Hotel due to open in May 2019, offering 137-bedrooms as part of the Piccadilly Basin regeneration. Elsewhere in the city, Manchester United football icons Gary Neville and Ryan Giggs are developing the Stock Exchange Hotel, a 41-bedroom boutique within the building of a former historic stock exchange.

Sport
It’s no secret that Manchester is an iconic city when it comes to sport. Home to two of the world’s most valuable sports brands – Manchester United and Manchester City, the region continues to be a hotspot for sports fans in 2019.

Cricket mania will sweep the region as the city welcomes ICC Cricket World Cup between 30 May and 14 July, hosting six fixtures at Emirates Old Trafford, including a semi-final and the most-watched fixture in the cricket calendar when India take on Pakistan.

The newly renovated stadium will also play host to the popular Ashes series when the fourth test match brings England and Australia head-to-head to see who will take home the coveted urn.
Fans of football are also treated this year, with the reopening of the newly enhanced National Football Museum, which charts historic moments from the beautiful game with a revamped World Cup area, and the story of women’s football now woven into four floors of exhibitions, memorabilia and trophy lifting photo opps.

Culture
2019 will form a significant step-change in the city’s cultural journey, and in Marketing Manchester’s work to promote it. It marks the start of a three-year cultural transformation for Greater Manchester, with a host of major projects on the way, eventually culminating in the opening of major new arts centre The Factory.

Significant projects in the pipeline include the expansions of three major Manchester museums – Science and Industry Museum, Manchester Museum, and Manchester Jewish Museum in 2020 – and the phased opening of RHS Garden Bridgewater, Europe’s largest garden project.

One of the top reasons to visit Manchester in 2019 will be Manchester International Festival, a highlight in Manchester’s cultural calendar (MIF19), which returns 4–21 July to venues and found spaces across the region. The Festival will feature never before seen work by artists including Yoko Ono, Idris Elba, Skepta, and Janelle Monáe. A full line-up announcement will be made in March 2019.

As well as producing the biennial event, MIF will run and commission ambitious work in the lead up to The Factory, the North of England’s upcoming flagship cultural venue. The 13,300-square metre arts and theatre space is anticipated to attract 850,000 people a year from 2021. The major new landmark, designed by Rem Koolhaas’ Office for Metropolitan Architecture (OMA), will allow artists to create work of huge ambition and see it hosting everything from major exhibitions and epic concerts to intimate performances and immersive experiences, including dance, theatre, music, opera, and visual arts.

Turning back to 2019, iconic music venue Band on The Wall has an ambitious expansion planned, which will bring the adjoining Victorian Smithfield Market building back into use to significantly increase its capacity. The new space will be used to expand gig sizes and create a new place to teach young people about the music industry.

Youth-led Contact Theatre is also undergoing a transformation. The team will continue its tour of venues across Greater Manchester, including its popular Queer Contact season, ahead of the theatre reopening in late 2019.

Another entertainment development to look out for will be boutique cinema chain Everyman Cinema bringing their living-room style cinemas to Manchester for the first time in Autumn 2019. They’ll be housed in the upcoming ABC buildings, part of the new St. John’s quarter, one of several emerging neighbourhoods in the city.

Following success in 2018, Britain’s longest-running soap brings back Coronation Street The Tour to take guests around the famous cobbles on selected weekends throughout the year, discovering behind-the-scenes of one of the UK’s largest television lots, now vastly expanded at its new MediaCityUK location. In a similar capacity RHS Garden Bridgewater will offer a series of sneak peek events throughout the year where the public can see the project coming to life before opening.

Other arts and culture attractions to look out for in 2019 include – the upcoming Harry Potter-inspired Wizardry School at a former Franciscan Monastery (February); the West End hit show The Book of Mormon making its Manchester debut at the Palace Theatre (June); the annual Manchester Pride Festival which will take on a new exciting format (August); the annual Food & Drink Festival returning to Albert Square (September); and the Manchester Literature Festival and Manchester Science Festival, both taking place in October.

Sheona Southern, managing director at Marketing Manchester, said: “2019 will herald the next wave of Greater Manchester’s cultural renaissance. In 2015 we saw two major cultural developments come to life in the reopening of the award-winning Whitworth and the arrival of HOME; and four years later we are about to enter a period where we will see some £200 million of investment in culture start to bear fruit for the region.

“With increased pressure on cities to diversify their offering, these are incredibly exciting times for Greater Manchester. You can expect to see Marketing Manchester throwing its full support behind these projects and the cultural sector to ensure that our visitors – domestic and international alike – understand that we are emerging as one of the most pioneering cultural destinations in the world.”